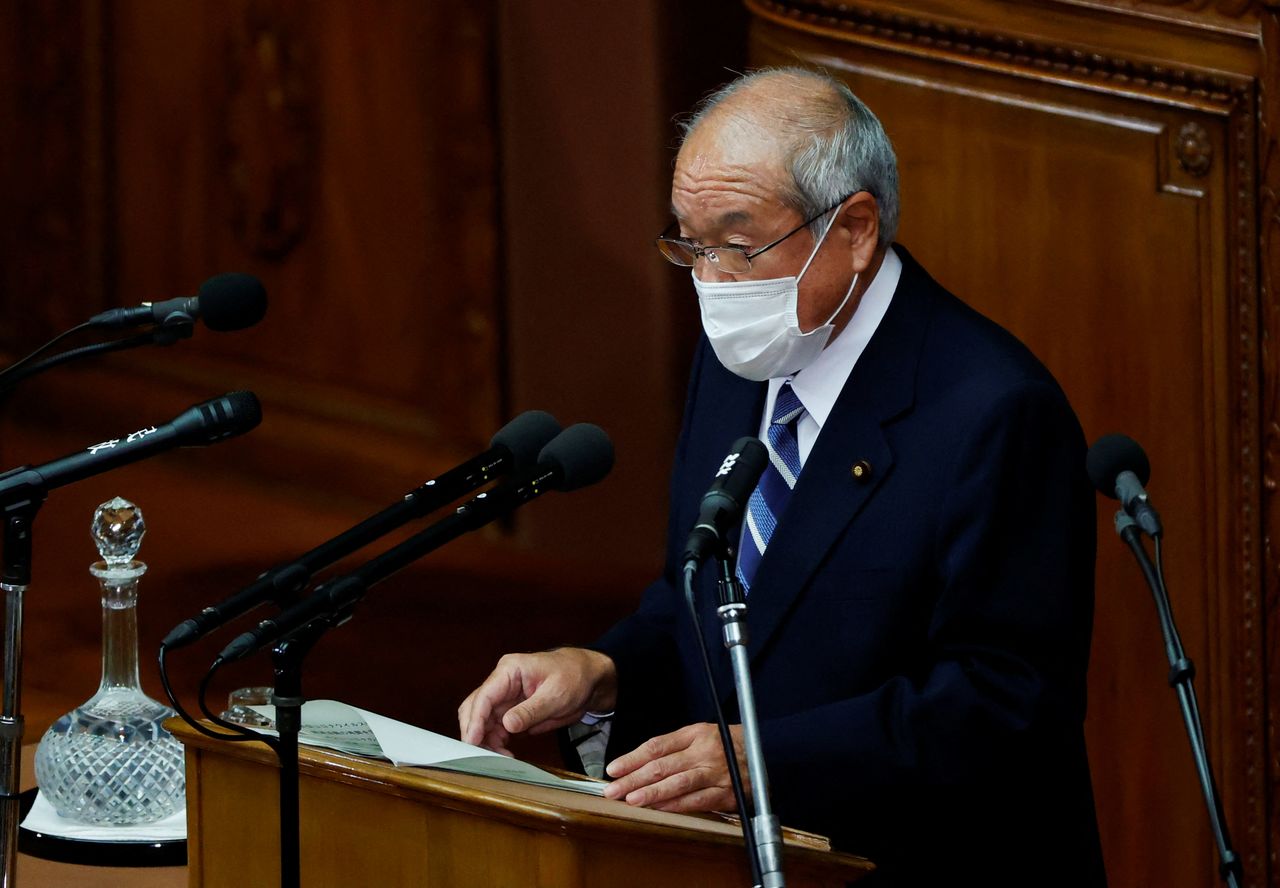 FILE PHOTO: Japan's Finance Minister Shunichi Suzuki wearing a protective face mask delivers his policy speech during the start of an extraordinary session of the lower house of the parliament, amid the coronavirus disease (COVID-19) pandemic, in Tokyo, Japan December 6, 2021. REUTERS/Issei Kato

TOKYO (Reuters) - Japan pledged $3.4 billion in its largest contribution to the International Development Association (IDA) of the World Bank, to ensure the recovery of low-income countries from the COVID-19 pandemic, finance ministry officials said on Tuesday.

The pledge came as Japan hosted an online meeting on the 20th replenishment of the IDA, brought forward by a year at the initiative of the world's third biggest economy, amid concern about shortage of funds to boost vaccines and medical systems.

The agenda of IDA, the largest provider of concessional aid, extends from tackling global health, climate change and natural disasters to debt transparency in developing countries.

"The world continues to face an unprecedented crisis due to COVID-19. We are in danger of losing the achievements towards ending extreme poverty and sharing prosperity."

The global economy looks set for solid growth this year and next, but gaps between advanced economies and developing world are seen widening, undermining efforts to curb extreme poverty.

In October, finance chiefs of the Group of 20 economic powers said they looked forward to an ambitious replenishment of IDA.

The World Bank aims to raise more than $90 billion for IDA by the end of the year in a capital-raising exercise carried out every three years.

Japan's share, at 13.8% of a total of $24.9 billion, in the form of subscription bonds to be redeemed at IDA's request, is the same ratio as in the previous replenishment exercise, when its contribution amounted to $3.2 billion.

At the time Japan was the second largest contributor after Britain and followed by the United States, Germany, France and China.

The sum of $24.9 billion is a core part of total replenishment, including redemption of loans IDA has offered in the past as well as bonds it issues to raise funds.