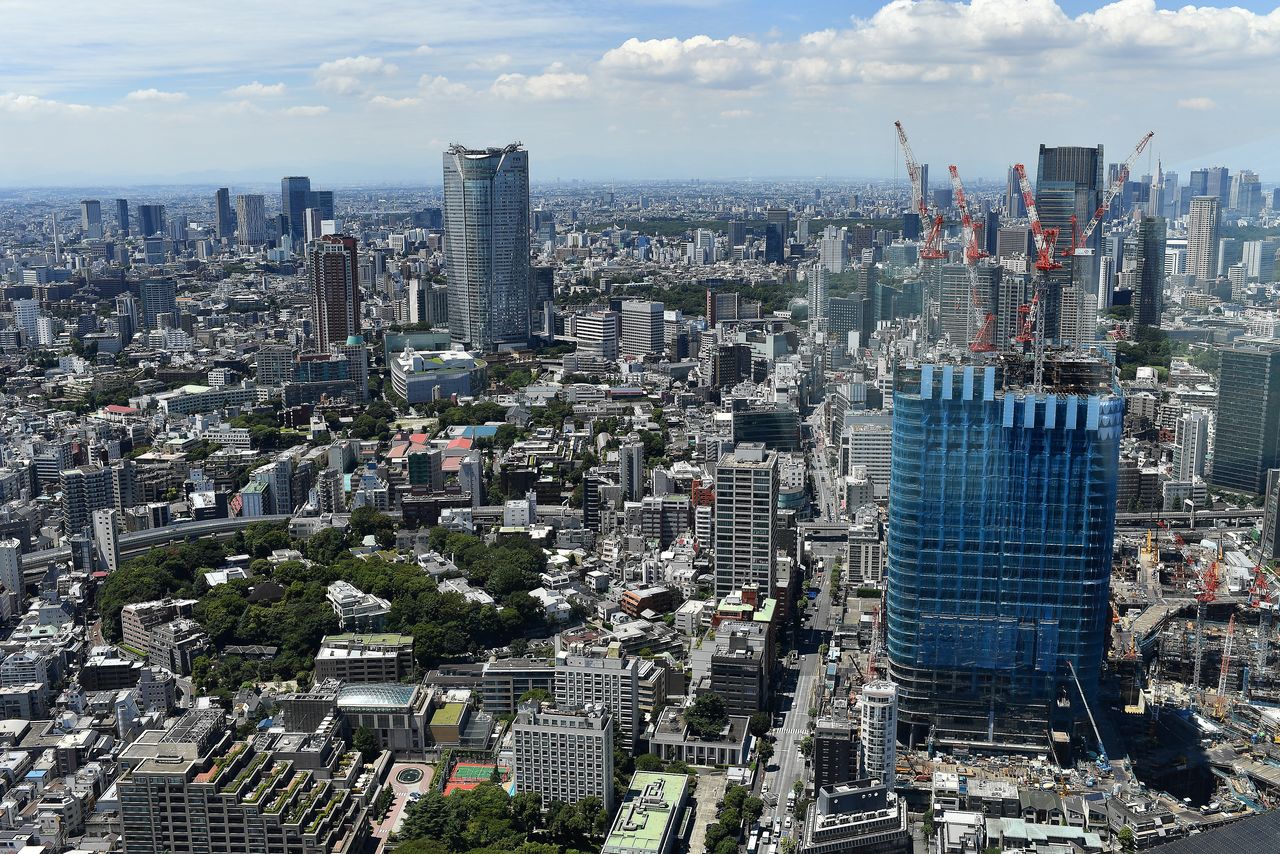 FILE PHOTO: Buildings under construction are seen in a general view from Tokyo Tower of the city of Tokyo, Japan, August 6, 2021. Picture taken August 6, 2021. REUTERS/Clodagh Kilcoyne

By Tetsushi Kajimoto and Kantaro Komiya

TOKYO (Reuters) - Japan's prime minister said on Wednesday that the government had overstated the value of some construction orders received from builders for years, in a blow to the credibility of official statistics widely used by investors and economists.

Officials and analysts said the builders involved were relatively small firms and therefore this practice was likely to have had only a minimal impact on gross domestic product (GDP) figures.

"It is regrettable that such a thing has happened," Prime Minister Fumio Kishida said. "The government will examine as soon as possible what steps it can take to avoid such an incident from happening again."

He made the comment in parliament after the Asahi newspaper reported that the Ministry of Land, Infrastructure, Transport and Tourism had been "rewriting" data received from about 12,000 companies since 2013 at a pace of about 10,000 entries per year.

Kishida said that "improvements" had been made since January 2020 and that there was no direct impact on GDP data for the fiscal years 2020 and 2021.

However, the news is likely to raise questions about the reliability of data that is a cornerstone for economists and investors looking to understand and forecast trends in the world's third-largest economy.

It is not the first time that issues have been raised about government data. Similar concern was voiced about a flaw in health ministry wage data found in 2018.

"The biggest problem is not the effect on the GDP per se but the damage to reliability of (official) statistics," said Saisuke Sakai, senior economist at Mizuho Research and Technologies.

"We can't help doubting this kind of issue could happen across government ministries," Sakai said.

Companies that fall behind in submitting data often sent in several months' worth of figures at a time. In these instances, the ministry would instruct local authorities to rewrite the orders for the combined months as the figure for the latest, single month.

"We engaged in such a practice to reflect the actual situation regarding orders placed. If we had refused to collect data that way, the number of samples would have dwindled," said a ministry official directly in charge of the data.

The official added that the practice may have begun in around 2000, when the ministry started tracking the data.

"We were under pressure not to reduce samples, even though looking back, this practice was weird."

Furthermore, when an entry was missing from a company, the ministry would put in a tentative figure by taking the average of the orders from the rest of the industry in that month, resulting in double-counting once the missing sum arrived.

"How much influence do they have? The kind of sloppy company which puts out numbers late is probably not big."

Still, Land Minister Tetsuo Saito, a veteran lawmaker of the Komeito party, the smaller of the two ruling coalition parties, confirmed the practice in parliament and said it was "extremely regrettable".

Ministry officials said they had not directly reported the data flaws to Saito's predecessor, Kazuyoshi Akaba.

Asked about the issue, the government's top spokesperson said only that the land ministry had been instructed to analyse "as soon as possible" what had led to the practice.

"We will first wait for the results of that investigation," Chief Cabinet Secretary Hirokazu Matsuno told reporters.

Restating data this way, which may have broken the law, continued until January 2020 after the Board of Audit pointed it out to the ministry, the ministry said. It added that the original construction survey forms from before 2019 had already been discarded so it would be hard to restore monthly figures from previous years.