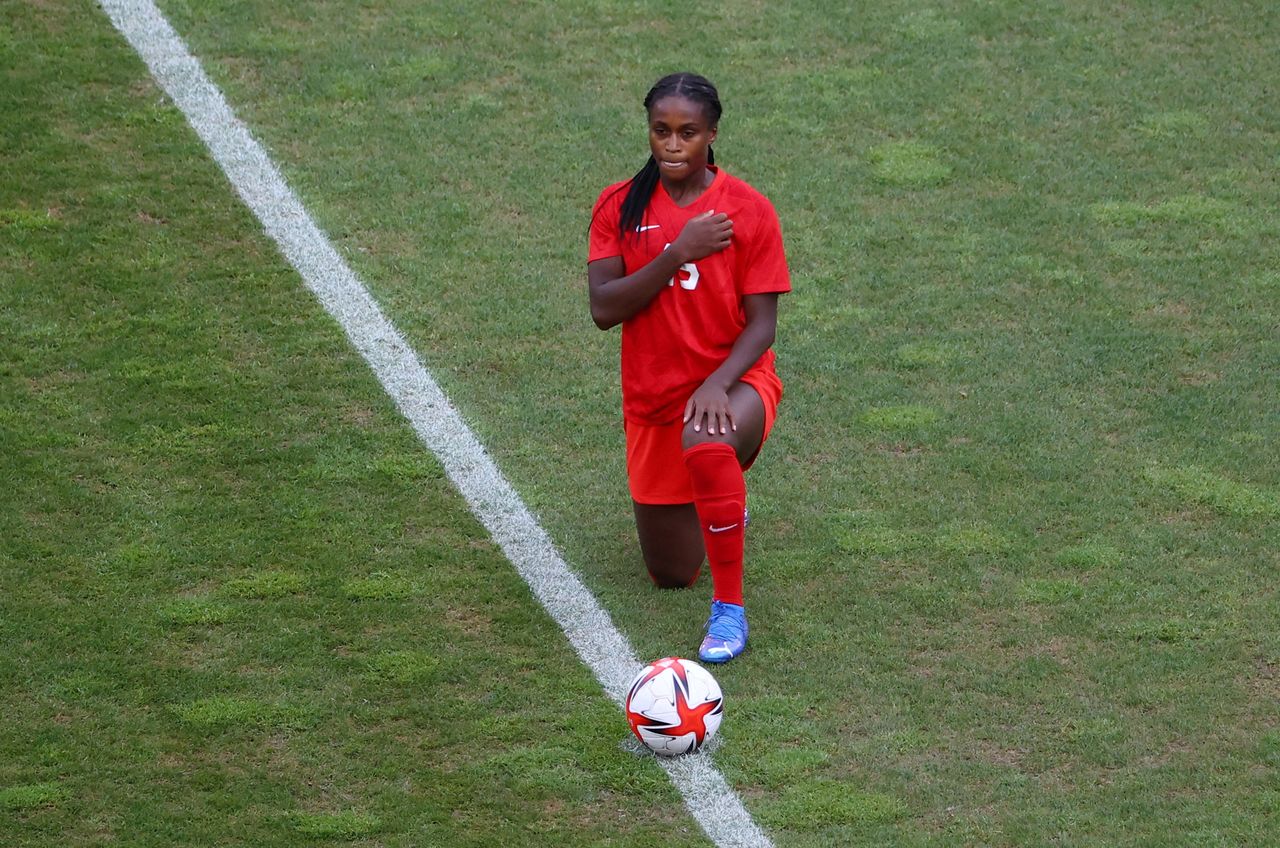 (Reuters) - The Black Lives Matter (BLM) movement marched on in 2021 but to the beat of a quieter drum as sport moved from protest to action by implementing some of the change athletes helped put in the spotlight.

From tennis courts to soccer pitches and Formula One starting grids athletes took their protests into the living rooms of sports fans around the world in 2020 but this year it was away from the arenas and stadiums and in the boardrooms where BLM attempted to have an impact.

If any league or team in North America did not have a diversity and inclusion department last year most did in 2021, pressured by athletes and fans to come up with plans to address social justice issues.

"What we are trying to do is position our league as a league for the new America," said Major League Soccer commissioner Don Garber, making diversity a central plank in his annual state-of-league address. "We all have to have an awakening of what happened over the last year and ensure we are doing our part.

"Our diversity hiring initiative is bold, it's not going to be easy but it is our attempt at making a difference."

Athletes around the world rose up in 2020 by joining together to show their outrage over racial injustice triggered by the death of George Floyd, a Black man gasping for air and calling for his mother as a white police officer knelt on his neck for nearly nine minutes.

Floyd’s death forced a reckoning about racial injustice and gave a global profile to the BLM movement that has emerged in recent years to protest the deaths of African Americans in police custody.

Athletes in much smaller numbers and with less frequency continued to take a knee or raise fists this year.

However, there were none of the headline-grabbing displays such as those by Japanese tennis player Naomi Osaka at the U.S. Open where she wore a mask with the name of a different Black American victim of police brutality before each of her matches.

In 2021, the Black Lives Matter message had become part of the game-day experience, with "End Racism" on the back of NFL football helmets and cleats and on the steering wheels of Formula One cars.

While athlete mental health became the dominant storyline at the Tokyo Olympics, some of those competing at the Games took advantage of performing on the world's biggest sporting stage to keep the BLM movement in the spotlight.

Members of the women's soccer teams of Britain, the U.S., Sweden and New Zealand all took the knee before their opening matches to raise awareness about greater racial equality in sport.

"From our perspective it's been rewarding to see the activity that many of the leagues are taking on beyond awareness," Trovon Williams, spokesperson for the NAACP told Reuters.

"Awareness is great and we appreciate that but the action to change many of the scenarios we saw play out over the last 18 months that's where we need the most assistance."