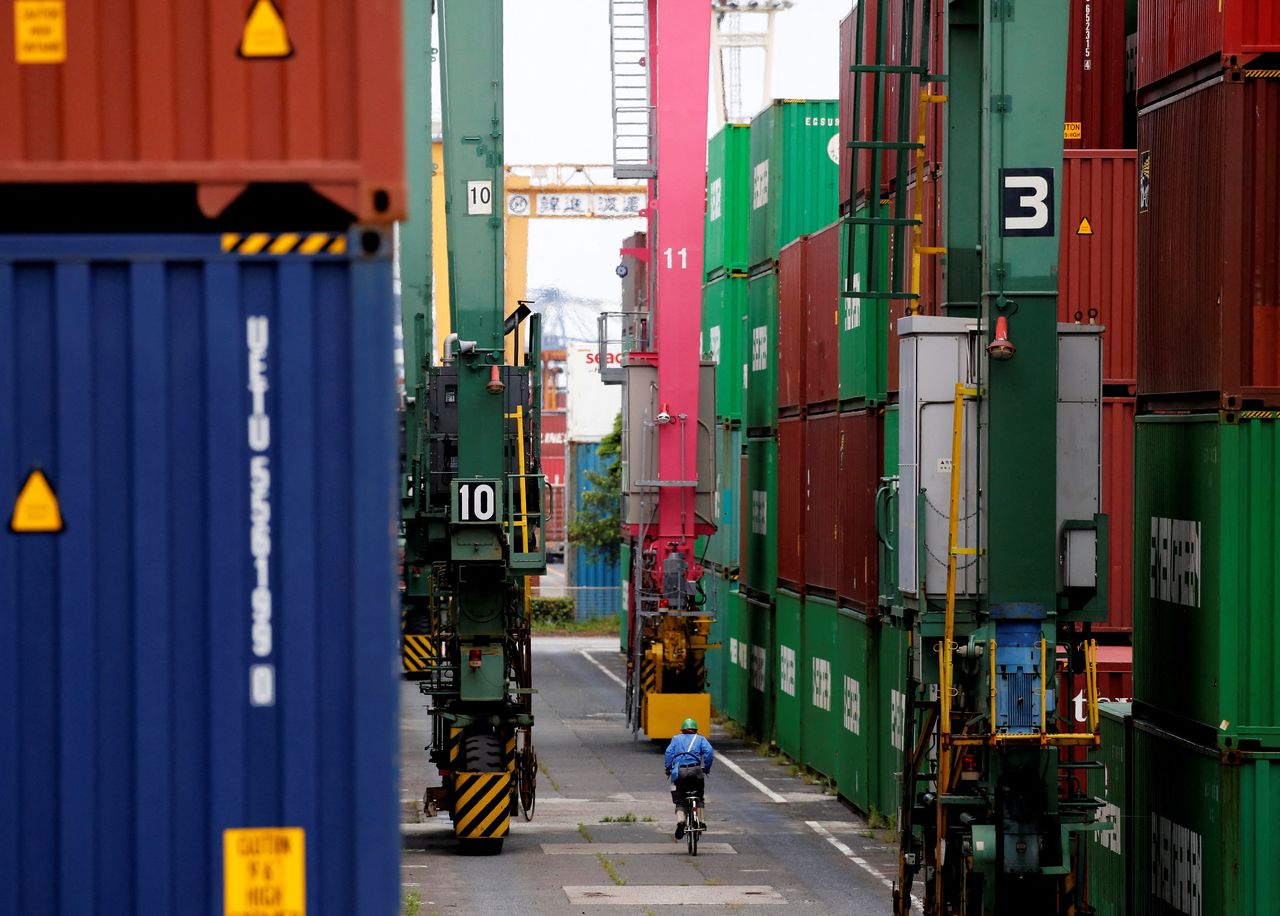 FILE PHOTO: A man in a bicycle drives past containers at an industrial port in Tokyo, Japan, May 22, 2019. REUTERS/Kim Kyung-Hoon

TOKYO (Reuters) -Japan's exports sped up in November, as supply constraints eased slightly for the country's big automakers, although imports hit a record on soaring materials costs, which could hurt household consumption.

Exports climbed 20.5% in November from a year earlier, government data showed on Thursday, the ninth straight month of increase, slightly missing forecasts for a 21.2% gain but well up on a 9.4% rise in the previous month.

Shipments of cars - Japan's No.1 export item - rose 4.1% from a year earlier, marking the first increase in three months, although auto exports to the United States and China decreased year-on-year.

"The jump in exports in November suggests that most supply chain constraints in the automobile sector had already eased last month," said Tom Learmouth, Japan economist at Capital Economics.

"Exports will remain strong over the coming months as motor vehicle exports recover further and external demand for capital goods continues to rise."

Other than cars, growing shipments of steel, semiconductor equipment and chips contributed the most to the increase, a government official said.

Imports growth accelerated from 26.7% in October and was bigger than economists' forecast of 40.0%.

That brought a trade deficit of 954.8 billion yen, the biggest shortfall since January 2020 and exceeding the median estimate for a 675.0 billion yen deficit.

"Rising costs are weighing on Japan when a weak yen has less impact on increasing sales of goods and services."

However, the central bank is unlikely to change its easy monetary policy at its next rate review on Friday.

The world's third-largest economy is expected to post strong growth in October-December after a contraction in the third quarter, as household spending improved on low COVID-19 infections.