YEARENDER-Rugby-South Africa return to tame Lions, stay on top in 2021 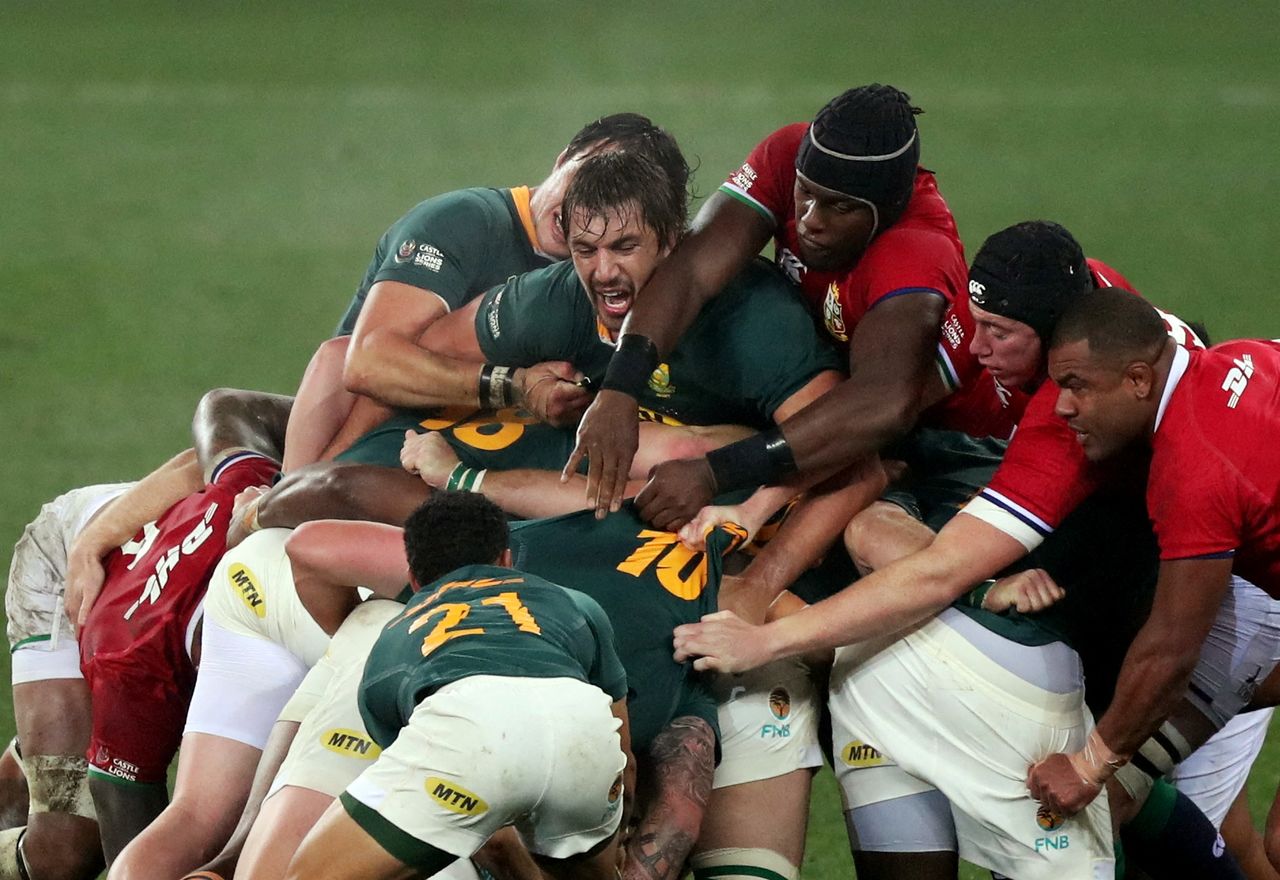 MELBOURNE (Reuters) - South Africa's long-awaited return to international rugby saw Lions tamed and critics quietened as the world champions finished on top in 2021 after New Zealand threatened to snatch their number one ranking.

The outbreak of COVID-19 resulted in a dismal 2020 season but near-normal service resumed as the southern hemisphere powers took full tours of the north and played at stadiums heaving with fans.

The pandemic continued to rumble on in the background, though, throwing a wet blanket on the British and Irish Lions tour of South Africa.

What should have been an economy-boosting festival fuelled by legions of travelling fans was much reduced as authorities ordered closed stadiums.

Starved of rugby after the Springboks sat out 2020, home supporters could only watch on screens as the team wrapped up the series 2-1 with a 19-16 victory in Cape Town, where the 37-year-old Morne Steyn reprised his winning kick of the tour 12 years earlier.

Steyn's coup de grace was one of the few highlights of a largely stodgy and ill-tempered series marred by COVID-19 cases in both camps and accusations of gamesmanship flying back and forth.

South Africa's bubble burst when they headed abroad, with the Springboks slumping to a three-match losing streak during the Rugby Championship and giving up their top ranking to Ian Foster's New Zealand in the process.

The All Blacks hoisted another Rugby Championship trophy in Australia with victory in their 100th test against South Africa.

But a week later, the Springboks snatched back the number one ranking with a thrilling 31-29 win over the New Zealanders and held onto it through the autumn internationals.

Two years out from the 2023 World Cup in France, northern hemisphere teams stood up to their southern rivals and sent them home with bloody noses.

After a miserable Six Nations, Eddie Jones's England appeared transformed as they signed off with wins over Australia and South Africa.

Ireland humbled the All Blacks in Dublin, while France added to the New Zealanders' pain in Paris.

Second to England in last year's Six Nations, France were runners-up to Wales this year after stumbling against Scotland with the trophy in sight.

But the French renaissance was confirmed with their sparkling 40-25 win over the All Blacks, who headed home to headlines shouting "Crisis!" despite winning 12 out of 15 tests.

After engineering back-to-back wins over the Springboks, Australia's promising year fizzled out in Britain after key players Quade Cooper and Samu Kerevi opted to stay with their Japanese clubs during the off-season.

The farcical episode left coach Dave Rennie livid and Australia in a muddle over the risks of picking overseas-based players with split loyalties.

Rugby also had its moment on the Olympic stage with Fiji defending their men's sevens title and New Zealand claiming the women's gold.

Long neglected by the game's powerbrokers, Pacific nations were buoyed by a rule change which will allow players to switch national teams from 2022, a potential game-changer for a region rich in talent but poor in resources.

Two Pasifika teams were confirmed to join Australia and New Zealand in Super Rugby next year, bringing the professional game much closer to home.