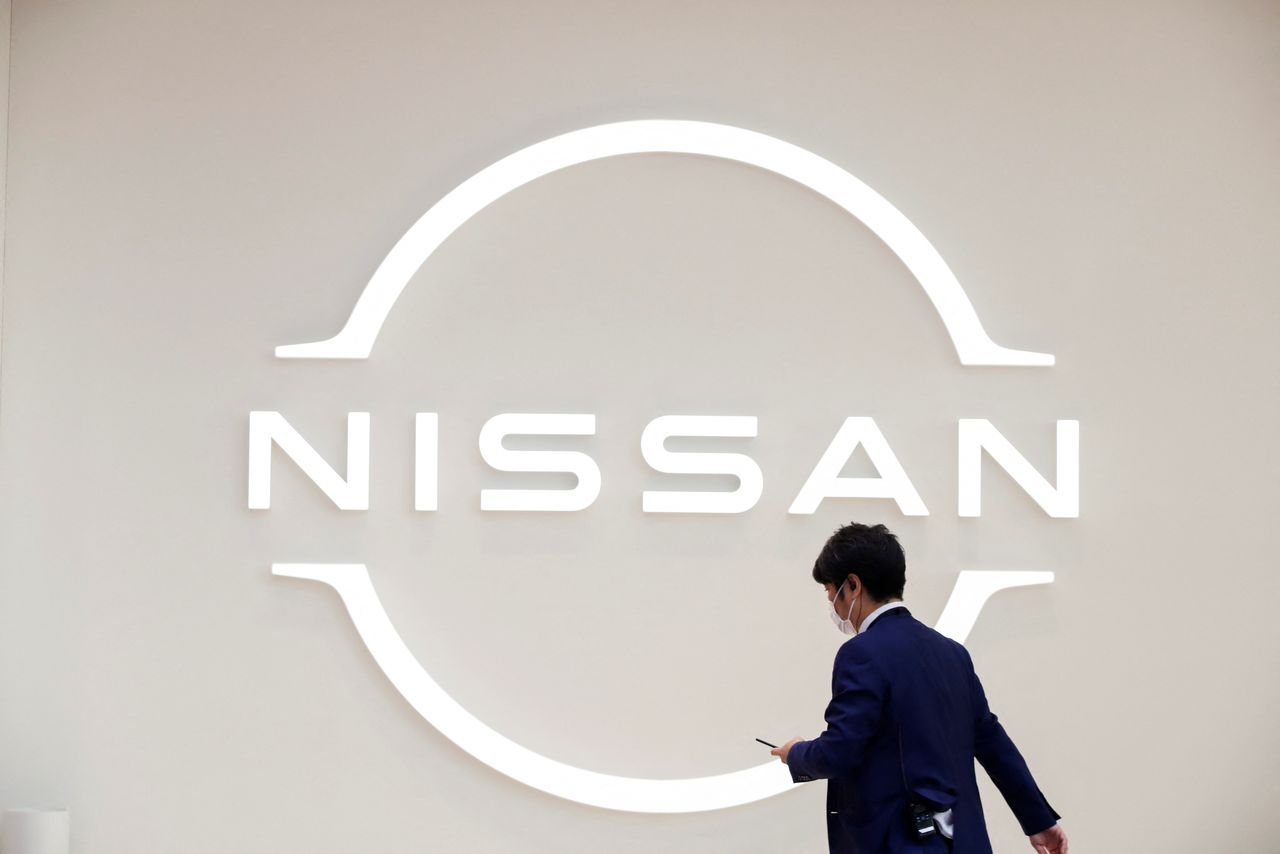 A man walks in front of the Nissan logo at Nissan Gallery in Yokohama, Japan November 29, 2021. REUTERS/Androniki Christodoulou

TOKYO (Reuters) - Nissan Motor Co Ltd plans to build new battery recycling factories in the United States and Europe by the end of fiscal 2025, the daily Nikkei reported on Thursday.

Nissan hopes that recycling batteries and re-using them in electric vehicles (EVs) would help lower production costs as the price of rare metals rise, Nikkei said.

The factories would be the company's first battery recycling facility built outside of Japan, the report added, without specifying the country in Europe where the factory would be built.

Nissan did not immediately respond to a Reuters' request for comment.

Last month, the company announced its electrification push, committing to spending 2 trillion yen ($17.53 billion) over five years to increase vehicle electrification to catch up with rivals in one of the fastest growing segments for car makers.

The car maker said they plan to launch 23 electrified vehicles, including 15 EVs, by 2030.