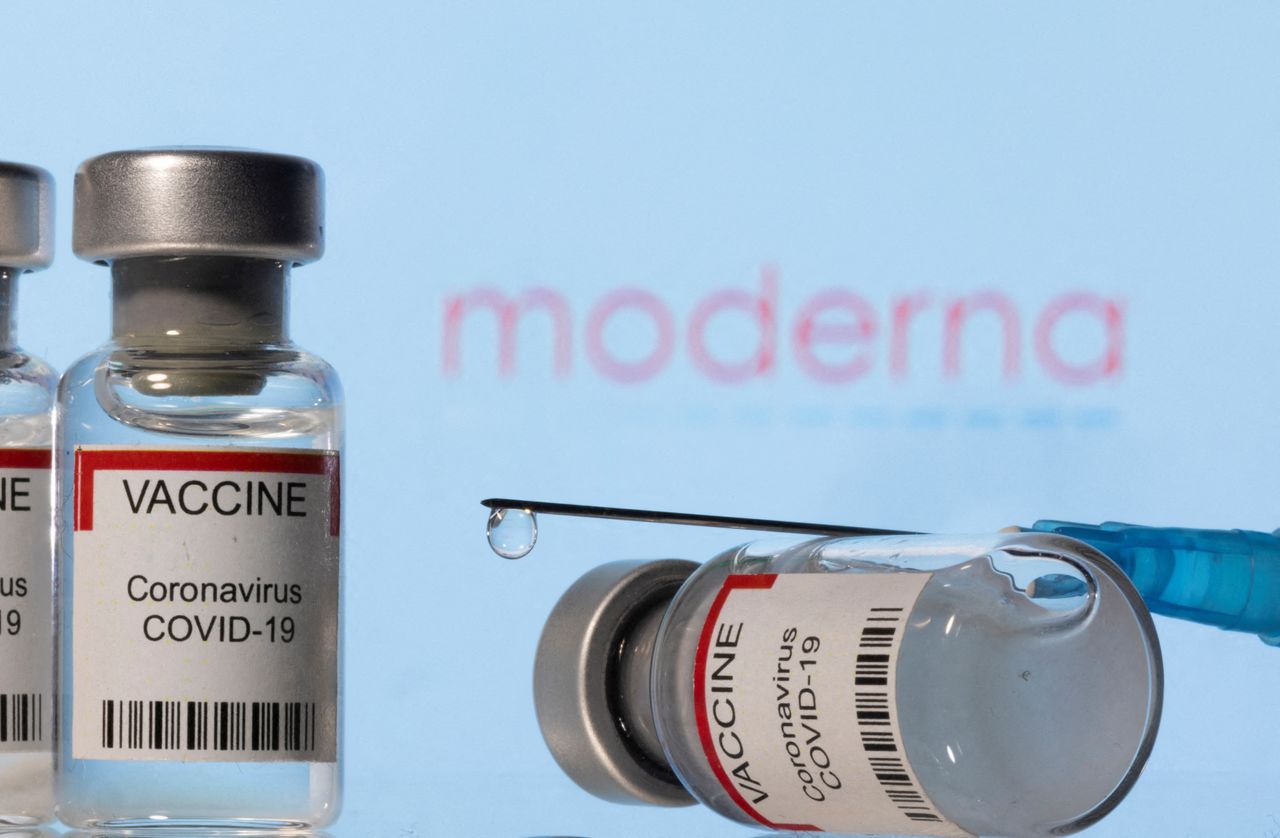 FILE PHOTO: Vials labelled "VACCINE Coronavirus COVID-19" and a syringe are seen in front of a displayed Moderna logo in this illustration taken December 11, 2021. REUTERS/Dado Ruvic/Illustration

TOKYO (Reuters) - Japan on Thursday officially approved Moderna Inc's COVID-19 vaccine for its booster programme, while Novavax Inc filed for first approval of its shot in the country.

Moderna's mRNA-type vaccine, used mostly in Japan to date at workplace inoculation sites, was approved for used as a third booster shot for those aged 18 or older, following a recommendation from health ministry experts on Wednesday.

That's the same age range applied to the shot developed by Pfizer Inc and BioNTech, which has been given out about 93,000 times as a booster through Wednesday, taking in about 0.1% of the population.

Novavax's protein-based vaccine was submitted to regulators by its Japanese distributor Takeda Pharmaceutical Co., the company said in a statement. Pending approval, Takeda plans to make the vaccine in Japan and distribute it in early 2022.

After a relatively late start, Japan has fully inoculated almost 80% of its population, the highest among Group of Seven economies. The country has about 31 million doses left between the Pfizer and Moderna shots, with deals in place to get 170 million more in 2022.

New coronavirus infections in Japan have slowed dramatically since a fifth wave that peaked in August. Experts say the fact that Japan started its vaccine push later may be helping keep COVID-19 cases low, as immunity from the shots for most people has not yet waned.

Health minister Shigeyuki Goto said last week that boosters should be given as soon as possible, instead of holding firm to an eight-month lag from the first two shots.

Novavax's vaccine received its first emergency use approval in Indonesia in early November followed by the Philippines.

Takeda has said it can make 250 million doses of the vaccine at its Hikari plant in western Japan, and has contracted to sell 150 million to the Japanese government. Takeda also handles importation and distribution of the Moderna shot in Japan.