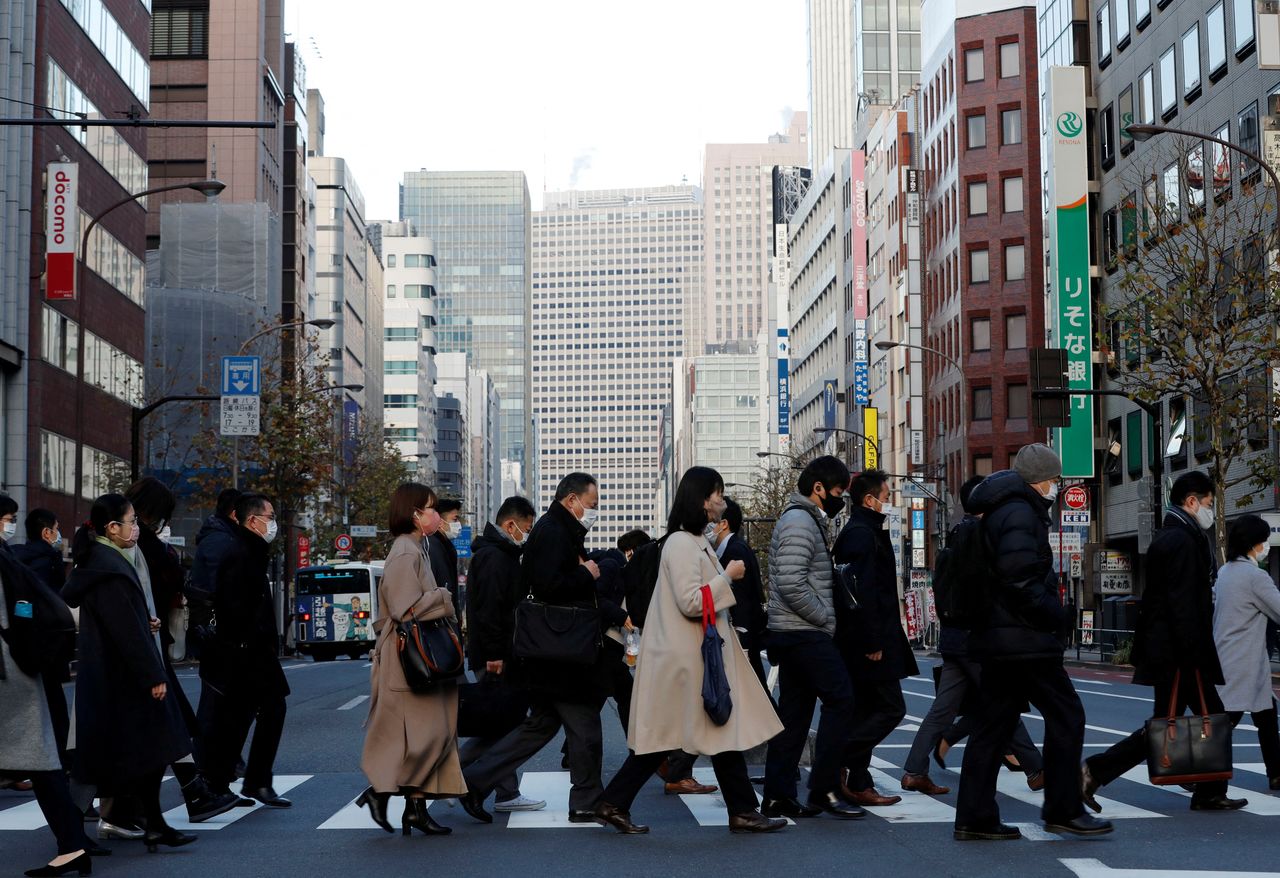 TOKYO (Reuters) - Japan's economy will likely grow sharply in the current quarter and the first three months of next year, as consumer and corporate activity are expected to rebound from a heavy pandemic-induced toll, a Reuters poll of economists showed.

But the world's third-largest economy faces uncertainty from rises in raw material and energy prices globally, with nearly all analysts warning that such price changes will have a damaging impact.

Japan's gross domestic product (GDP) growth is set to pick up an annualised 6.1% this quarter, far stronger than the 5.1% gain projected in last month's poll, according to the median forecast of nearly 40 economists.

That rebound follows the third quarter's 3.6% slump and would be welcomed by policymakers hoping to see the economy steadily shake off the drag from the health crisis after the lifting of pandemic curbs following a summer spike in COVID-19 cases.

"It's of course hard to imagine consumption will recover to pre-coronavirus levels at once," said Toshiaki Ono, senior economist at Fukoku Mutual Life Insurance.

Still, a pickup in the number of people going out was likely to boost the economic growth rate this quarter, even with services spending remaining lower than before the crisis, he said.

Growth was expected to come in at an annualised 4.9% in the first quarter of 2022, better than the 4.2% expansion projected in last month's poll, the Dec. 3-15 poll showed.

The government unveiled a $490 billion spending package last month as it seeks to offset the impact from the pandemic, going against a global trend of unwinding crisis-mode stimulus.

Analysts have expressed hopes private consumption, which accounts for more than half of GDP, will benefit from the government's spending package, especially its plan to restart a domestic tourism campaign.

That would follow a flat reading this fiscal year, unchanged from last month.

The poll showed more than 90% of economists said changes in oil, energy and raw material prices were likely to have a damaging impact on the economy over the next year, even as any price rises in the country will likely be moderate compared with other advanced economies.

Any possible fluctuations in input price levels could make it harder for firms to expand their business aggressively, said Masamichi Adachi, chief economist for Japan at UBS Securities.

"Large changes in input prices due to import costs may make it more difficult for companies to manage their operations," Adachi said.