(Reuters) - Indonesia and New Zealand reported their first cases of the Omicron COVID-19 variant while South Korea said it will reinstate stricter social distancing rules a month-and-a-half after easing them.

* New Zealand's health regulator has granted provisional approval for the Pfizer vaccine for children aged 5 to 11.

* Thousands marched in New Zealand's capital, Wellington, to protest against vaccine mandates and lockdowns, as the country reached the 90% fully vaccinated milestone.

* A traveller who entered Japan last week has tested positive for Omicron while in quarantine, but the case was not one of community infection, the top government spokesman said.

* Australian state leaders must not "panic and over-react" to predicted outbreaks of the Omicron variant, Federal Treasurer Josh Frydenberg said, as some states ease curbs despite rising cases.

* British hospitals, particularly in London, are struggling to maintain staffing levels due to the number who are having to isolate with COVID-19, a senior emergency doctor said.

* France will beef up controls on travellers arriving from Britain after a steep rise there in infections linked to Omicron, the government said.

* Canada's government implored residents not to leave the country as provinces ramp up vaccinations to combat the fast-spreading Omicron variant.

* Canadian Imperial Bank of Commerce and National Bank of Canada have asked employees to work remotely as Omicron worries grow.

* Apple is delaying its return to office plans indefinitely, Bloomberg News reported, while the company said it has temporarily closed three stores in the United States and Canada.

* South Africa's National Coronavirus Command Council retained its lockdown at "adjusted level 1", or the lowest of a five-tier system of restrictions, in the battle on Omicron, health authorities said.

* Moderna will start a trial of its COVID-19 vaccine across eight African countries to determine its efficacy in people who are HIV positive, Bloomberg News reported.

* Booster doses of available vaccines work against Omicron and there appears to be no need for variant-specific boosters, top U.S. infectious disease expert Anthony Fauci said.

* A U.S. Centers for Disease Control and Prevention advisory panel will meet on Thursday to consider possible limits on the use of the Johnson & Johnson vaccine because of continued blood clot issues, the Washington Post reported.

* A structural model of how the Omicron variant attaches to cells and antibodies sheds light on its behaviour and will help in designing neutralizing antibodies, according to researchers.

* World stocks marched back towards record highs on Thursday as traders waited to see if Europe's top central banks, the ECB and Bank of England, would match the U.S. Federal Reserve's upbeat message and cut stimulus.

* Norway's central bank raised its benchmark interest rate and said more hikes would likely follow next year despite a surge of infections and the emergence of Omicron.

* Indonesia's central bank kept interest rates at record lows to support recovery from the pandemic amid uncertainty around Omicron and the Federal Reserve's plans for a quicker bond tapering.

* The Philippine central bank kept its policy rate at a record low, maintaining support for the economy while uncertainty looms around Omicron.

* The Swiss National Bank is keeping its monetary policy in place, the central bank said, despite rising inflation and the Swiss franc hitting its highest valuation in six-and-a-half years. 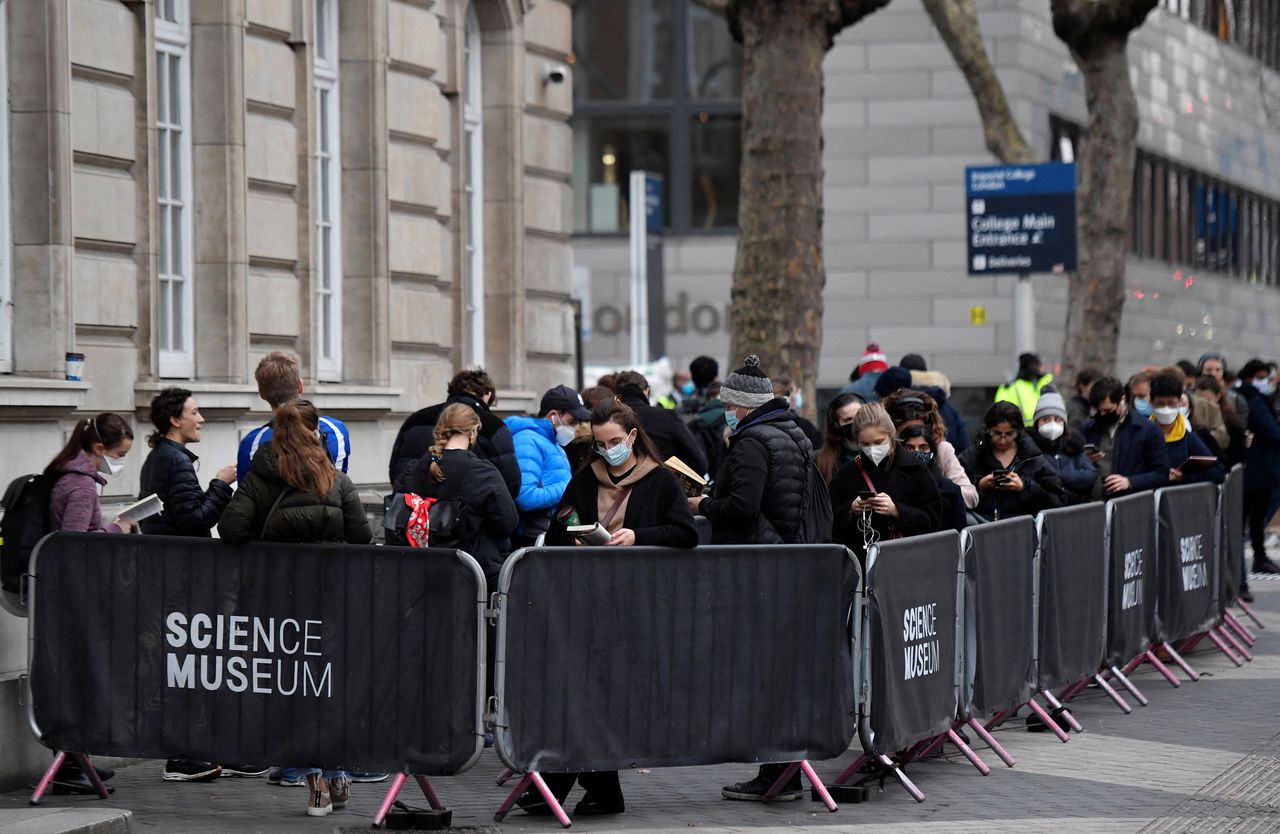 People queue to receive COVID-19 vaccinations and booster doses amid the spread of the coronavirus (COVID-19) disease at a walk-in clinic at the Science Museum in London, Britain, December 16, 2021. REUTERS/Toby Melville 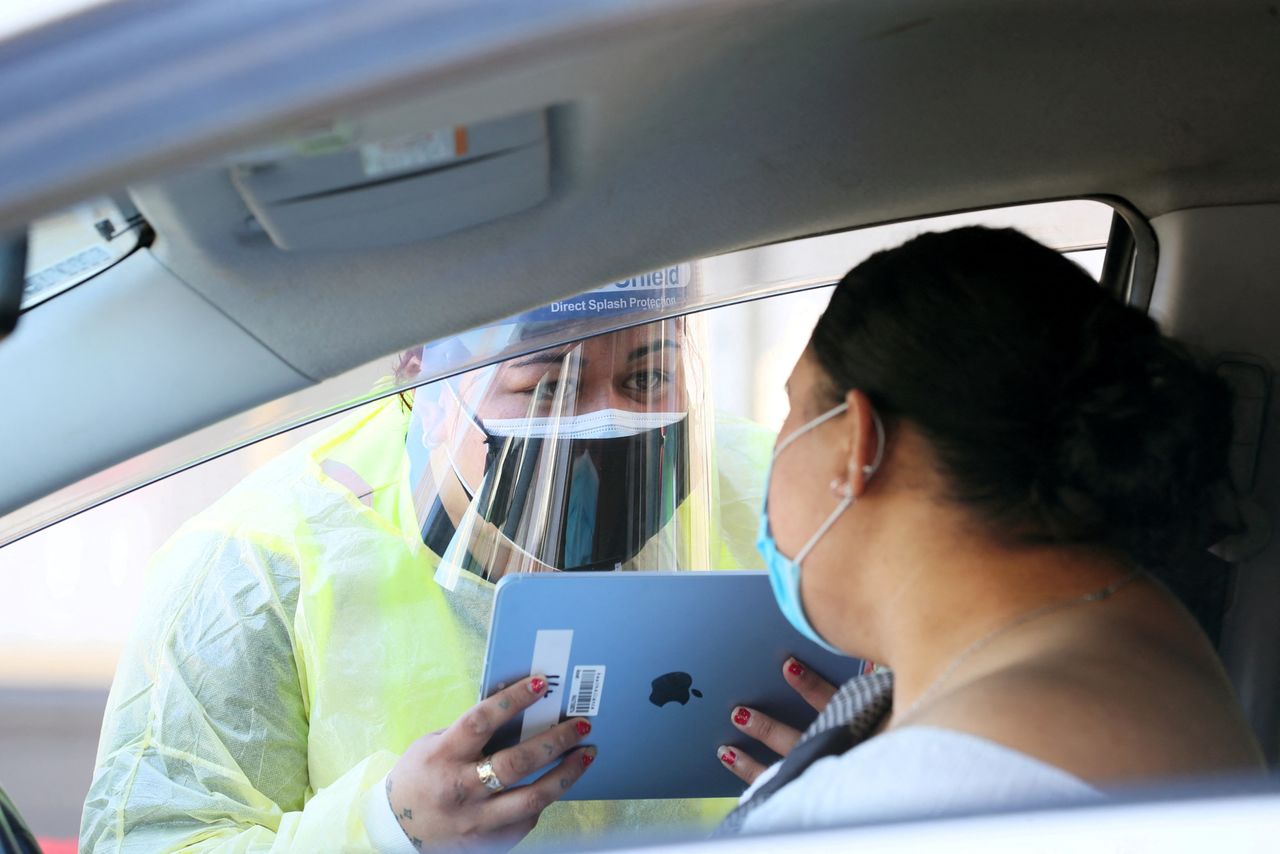 FILE PHOTO: A member of the public gives information to a health worker at a drive-through coronavirus disease (COVID-19) vaccination clinic in Otara during a single-day vaccination drive, aimed at significantly increasing the percentage of vaccinated people in the country, in Auckland, New Zealand, October 16, 2021. REUTERS/Simon Watts 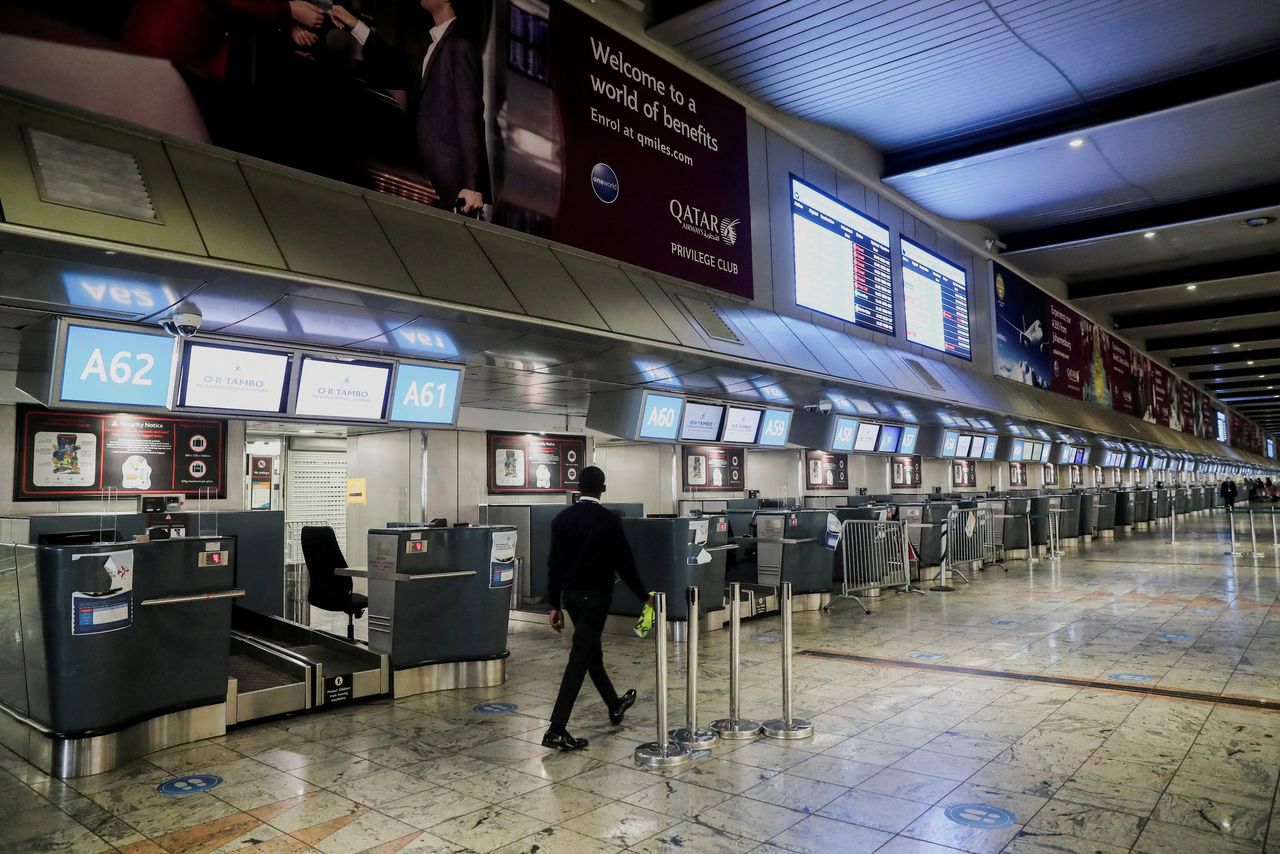