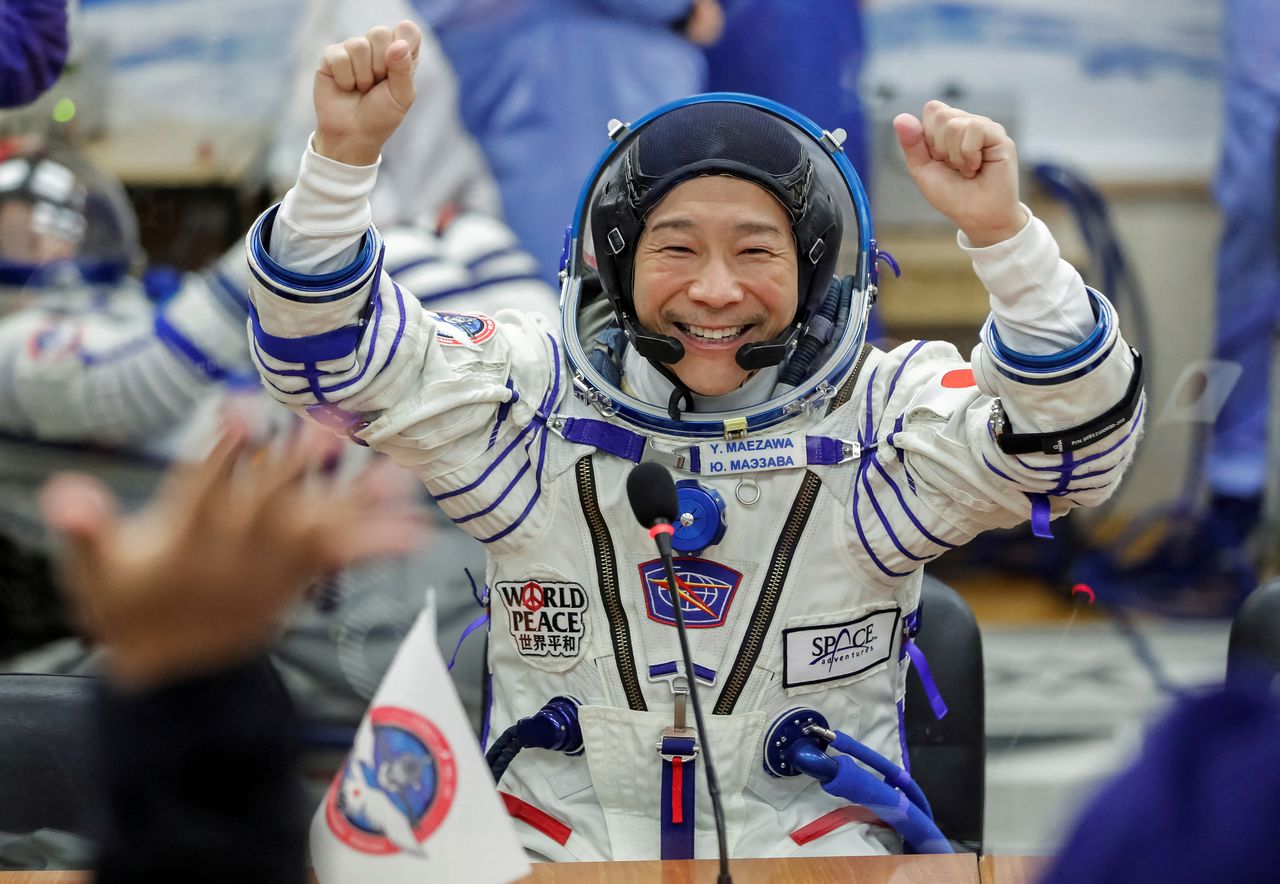 FILE PHOTO: Japanese entrepreneur Yusaku Maezawa reacts as he speaks with his family after donning space suits shortly before the launch to the International Space Station (ISS) at the Baikonur Cosmodrome, Kazakhstan, December 8, 2021. REUTERS/Shamil Zhumatov

TOKYO (Reuters) - SoftBank Group Corp founder and CEO Masayoshi Son said he spoke by phone to fashion magnate and protege Yusaku Maezawa, who is currently on a trip to the International Space Station.

"Maezawa called my mobile but it cut out!! I tried to call him back but he was out of range," Son posted to his 2.9 million Twitters followers late on Wednesday.

Maezawa, 46, has a long relationship with Son, 64, and made his fortune with online fashion retailer Zozo, which was bought by SoftBank's internet business in 2019.

The co-chief of that firm, Kentaro Kawabe, also had a call from Maezawa that he took while in the bath, according to a video posted on Twitter.

While Son and Maezawa share a taste for feel-good statements on social media, the younger billionaire's penchant for conspicuous consumption, with the ISS trip a precursor to a voyage around the moon with SpaceX, contrasts with Son's modest public appearance.

Maezawa has also stepped away from frontline business leadership even as Son pushes back retirement to focus on investing in hundreds of startups through his Vision Fund.

Maezawa has posted prolifically from space on social media, including to his 11 million Twitter followers, telling about daily ISS life - brushing his teeth in space and using a zero gravity toilet - and sharing aspects of his life journey.

In one YouTube video Maezawa teared up talking about hit manga "Space Brothers", which depicts a near-future in which two Japanese siblings pursue a childhood dream of going to space.

Maezawa, who fulfilled his own dream with this trip, has a copy of the manga with him on the ISS. The series presents an optimistic vision of space travel where Japan plays a key role.