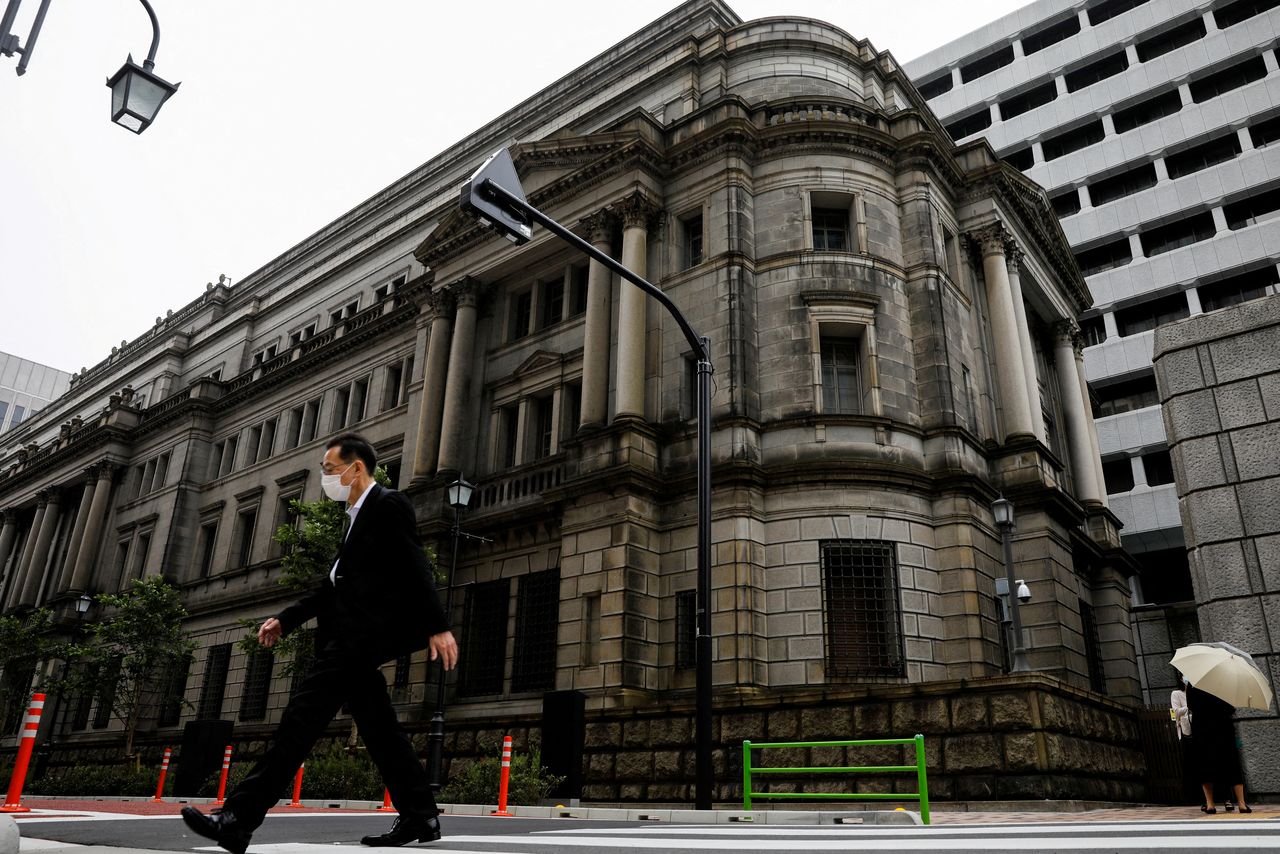 TOKYO (Reuters) -The Bank of Japan on Friday dialled back emergency pandemic funding but maintained ultra-loose policy and extended financial relief for small firms, cementing expectations it will remain among the most dovish central banks for the foreseeable future.

BOJ Governor Haruhiko Kuroda said borrowing costs will remain low in Japan even as other central banks hike interest rates, stressing the roll-back of emergency funding was in no way a prelude to a full-blown withdrawal of monetary stimulus.

The BOJ's decision, underpinned by cautious optimism that the economic damage wrought by coronavirus crisis is gradually healing, came hours after Britain became the first G7 economy to raise rates since the onset of the pandemic.

The Federal Reserve and the European Central Bank also moved towards rolling back crisis-era stimulus, though at varying degrees reflecting their differing views - as well as uncertainty - on the surge in global inflation.

Fears over the recent rapid spread of the Omicron variant of the coronavirus have also complicated the challenge for policymakers, whose monetary plans for a post-pandemic economic revival have been disturbed.

"The bigger picture is that in a week where the Fed signalled several rate hikes next year and the Norges Bank and the Bank of England raised interest rates, the BOJ sounded strikingly dovish," said Marcel Thieliant, senior Japan economist at Capital Economics.

"The upshot is that the Bank of Japan will remain among the few central banks that won't tighten policy for the foreseeable future."

In a widely expected decision, the BOJ on Friday maintained its short-term rate target at -0.1% and that for 10-year bond yields around 0%.

The BOJ also extended by six months a March 2022 deadline for its pandemic-relief loan scheme with tweaks to conditions, to ensure commercial banks keep channelling funds to small firms.

But it decided to slow purchases of corporate bonds and commercial paper to pre-pandemic levels from April, in a nod to sharp improvements in big firms' financial conditions.

Kuroda said it will take roughly five years for the BOJ's holdings of corporate debt to return to pre-pandemic levels.

"Japan's inflation is stuck around 0% and remains well below our 2% target. Achievement of our target will be some time off," Kuroda told a briefing. "That means it's important that we patiently maintain massive monetary stimulus."

Japan has not been immune to the global commodity inflation with wholesale prices rising a record 9.0% in November from a year earlier.

But core consumer inflation rose just 0.1% in October, as firms remain cautious about passing on costs to consumers on concerns households may hold back on spending.

Kuroda said consumer inflation may perk up next year on temporary factors such as rising fuel costs, and signs corporate inflation expectations were heightening.

But he said it was difficult to foresee the kind of jump in inflation currently experienced in western economies given Japan's slow wage growth.

"It's undesirable to respond immediately to price rises driven by temporary factors with monetary tightening," he said.

The BOJ maintained its view Japan's economy was picking up as a trend, but cautioned that developments surrounding the pandemic and supply constraints cloud the outlook.

That uncertainty and Japan's modest inflation make it a near certain bet the BOJ will maintain easy monetary policy much longer than its major counterparts.

The fastest major central bank following in the footsteps of BOE could be the Fed, which said this week it would end its pandemic-era bond purchases in March and pave the way for three quarter-percentage-point rate hikes next year.