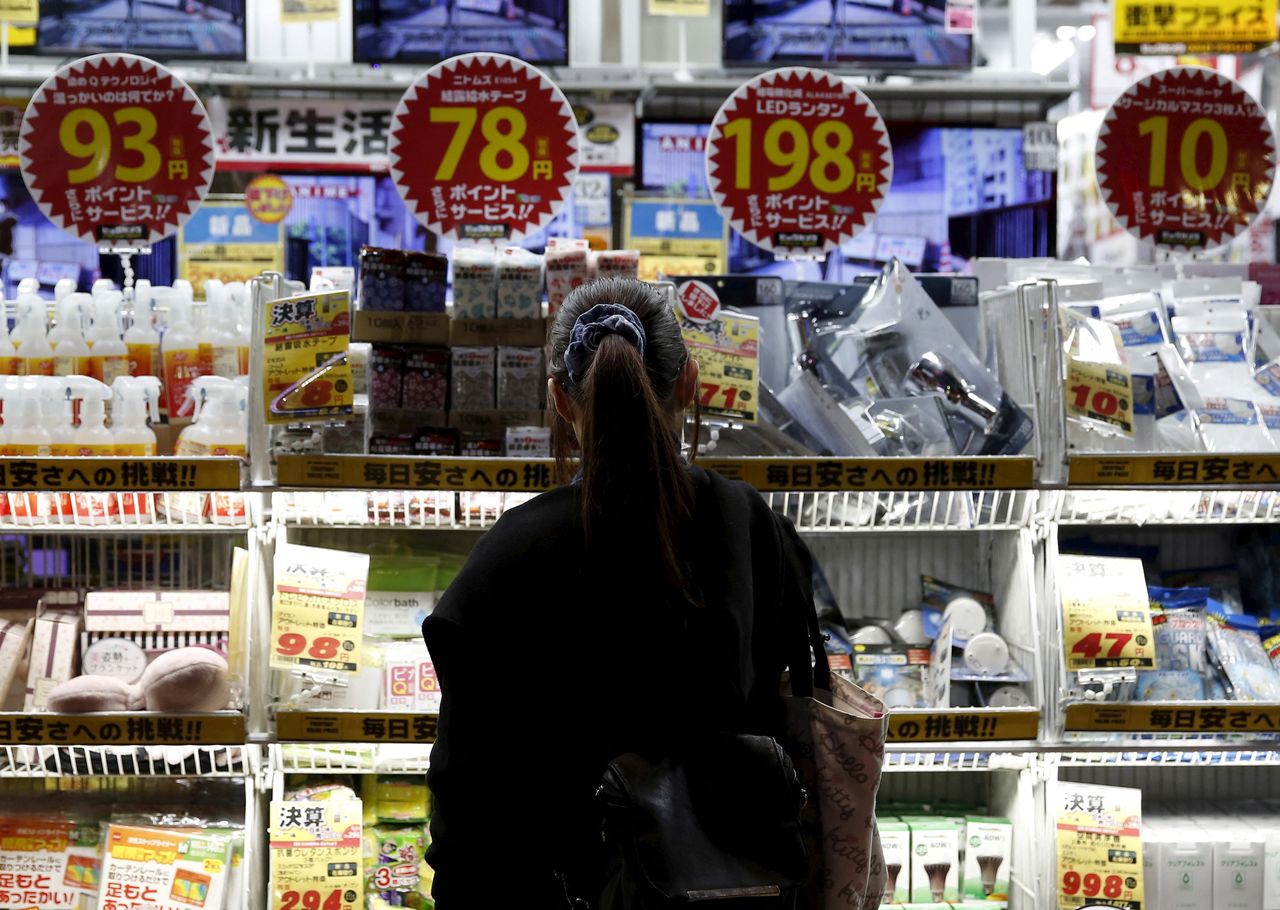 FILE PHOTO: A woman looks at items outside an outlet store at a shopping district in Tokyo, Japan, February 25, 2016. REUTERS/Yuya Shino/File Photo

The data will show increasing price pressures on the economy while the Bank of Japan (BOJ) announced no change to its ultra-loose monetary policy except for phasing out emergency pandemic-funding in a two-day rate review concluded on Friday.

Japan's core consumer price index likely gained 0.4% in November from a year earlier, according to the poll of 18 economists.

It would mark the biggest acceleration since March 2020 and follow a 0.1% rise in October.

Analysts said the combination of the weak yen and soaring raw material costs would force companies to raise prices, including in consumer-facing sectors.

"But now, passing input costs to output prices is becoming a trend."

Separate government data is expected to show housing starts rose 7.1% in November from a year earlier, which would mark the ninth straight month of year-on-year increase, following a 10.4% advance in October.