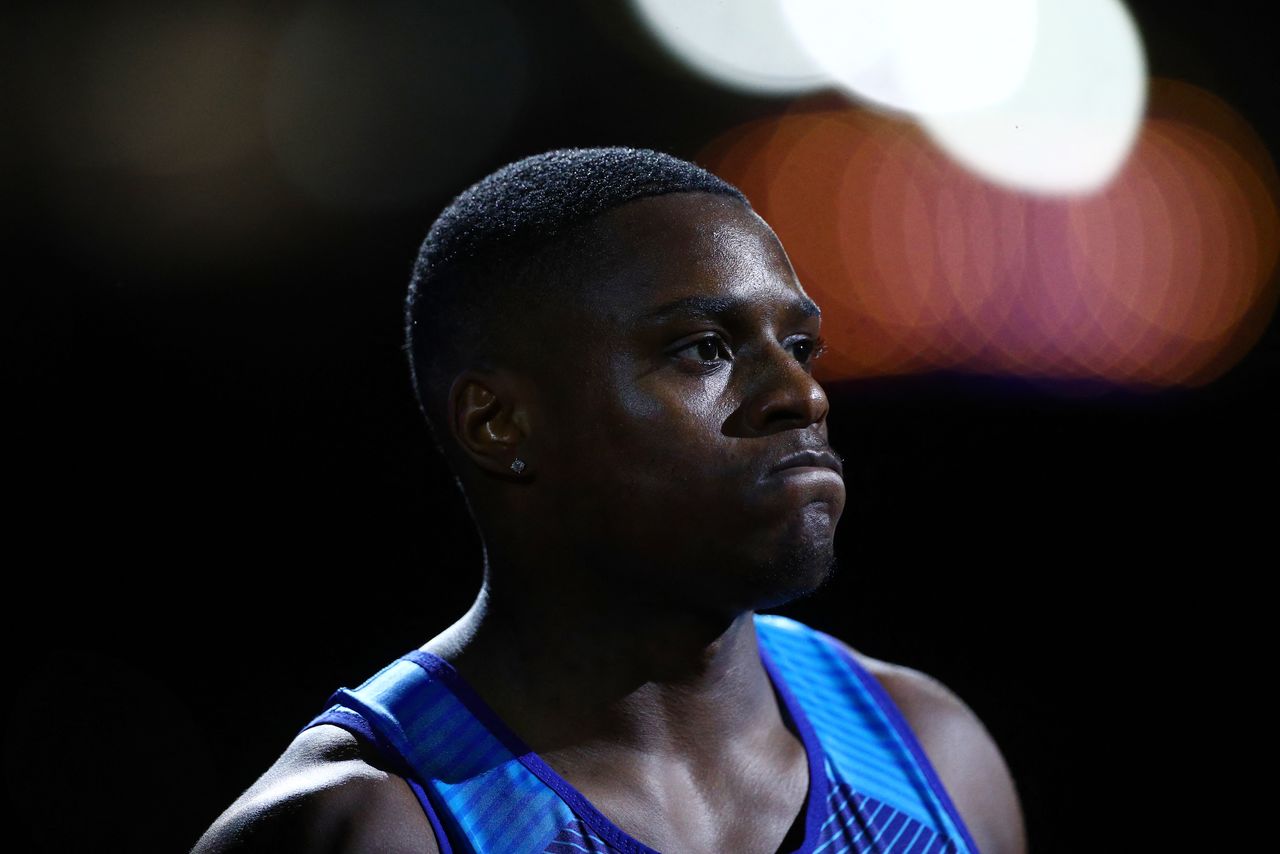 The competition on Jan. 29 will be his first since February 2020 after the COVID-19 pandemic and the anti-doping suspension curtailed the 25-year-old's career.

"I think it will be emotional to get out there and finally display my talents again," the indoor 60m world record holder said by telephone from Lexington, Kentucky, where he trains.

The Atlanta sprinter had been given a two-year suspension by an independent tribunal of track and field's Athletics Integrity Unit (AIU) before it was reduced to 18 months by the Court of Arbitration for Sport (CAS).

Under the so-called whereabouts rule, elite athletes must make themselves available for random out-of-competition testing and state a location and one-hour window where they can be found on any given day.

"I think it comes down to being more responsible," said Coleman, 25, who has never failed a doping test but was suspended after three failures to be at a location provided to anti-doping officials.

"Those are the rules and I just have to do better."

An alarm on his phone that reminds him to update his schedule daily and a new doorbell that alerts him to visitors are helping to prepare for testers, he said.

Training continued throughout most of the suspension, which ended in November, and he had begun speed work, Coleman said.

He does not see Millrose as just a trial run.

"I want to win," said Coleman. "I think I have a higher standard for myself than just being back out there and being average."

He said he would see how his body feels before determining his indoor season, though defending his world indoor 60m title in March in Belgrade is definitely on his schedule.

"The ultimate goal is to be ready for the world (outdoor) championships" said Coleman.

That meet in Eugene, Oregon in July will be the first World Championships held in the United States.

Whether Coleman will just defend his 100m title or add the 200 remains to be seen but he plans to run both during the regular season.

While he said he had "come to terms" with missing the Tokyo Games because of his suspension he wants to compete in Paris in 2024 and Los Angeles four years later.

Beyond that, Usain Bolt's 100m world record of 9.58 seconds remains on his bucket list.

"As time goes on, I think it is possible," said the American, who ran a personal best of 9.76 in winning the 2019 world championships.

Coleman said he wanted to be remembered as "one of the great competitors in sport".

"I want people to think of me as one of the legends, one of the great sprinters who have come through the USA ranks," he added.