By Ju-min Park and Antoni Slodkowski

TOKYO (Reuters) -A Japanese former politician who campaigned to bring billions http://graphics.thomsonreuters.com/12/09/JapanMyanmar.pdf of dollars of investment from some of Japan’s top companies to Myanmar has urged Japan to endorse its military regime, saying the nation's coup leader has "grown fantastically as a human being," while praising his "democratisation efforts."

The 87-year-old former cabinet minister, Hideo Watanabe, is also pursuing a $42-million shopping mall investment in a tie-up with a firm linked to a sanctioned army conglomerate, according to a transcript of his remarks seen by Reuters and corporate filings.

Watanabe’s outspoken push for Japan’s re-engagement with the Myanmar military government stands in contrast with Tokyo’s official stance, which has cut new aid and called on the military to stop the violence. Japan has sought to balance its support for Myanmar democracy against its efforts to counter China’s influence there, officials and analysts have said.

Watanabe and the Japan Myanmar Association (JMA) he chairs declined to comment, as did Japan's foreign ministry.

His position also poses a dilemma for some of Japan's largest companies who sponsor the JMA – a kind of lobby group and information exchange for Myanmar investment in Japan that he founded, business leaders and activists say. These JMA members, like other multinationals, are under pressure from activists to step away from their investments in Myanmar, including in the special economic zone that Watanabe helped establish.

Watanabe, who also said the military's seizure of power in Myanmar was “lawful”, made his remarks at the JMA's regular meeting on June 30, when discussing his recent trips to the country, during which he met junta leader Min Aung Hlaing. His comments, first reported by business publication Toyo Keizai in Japanese, were printed in a newsletter circulated to association sponsors and seen by Reuters.

At least six companies have quit the JMA this year and one member company has pushed back on Watanabe’s comments, according to the companies involved.

That company, XYMAX Corp, a property management firm, said it had expressed concerns to the JMA about the association’s position on the coup several times this year. “We don’t support the coup at all, and we can’t support comments that seem to endorse the coup. There’s no change in our position there,” Ryuhei Mori, an executive for international business at XYMAX, told Reuters.

Toyota Motor Corp, which in 2019 announced plans to make Hilux pick-up trucks in the special economic zone, quit Watanabe’s group earlier this year. A spokesperson declined to discuss Toyota’s departure, including its timing. The company’s production plans for Myanmar have been put on hold since the coup, Toyota said.

Musashi Fusoh, a garment maker, told Reuters it resigned because it judged the information it was getting did not justify the cost. SPARX Asset Management and credit card company JCB International Co said they also left the association earlier this year.

Some companies, while distancing themselves from the Myanmar military, have remained in the JMA. Among them, Kirin Holdings (2503.T) in February scrapped its long-standing alliance with a conglomerate linked to the Myanmar military after outcry from human rights observers over the coup.

Kirin decided to terminate the partnership as the coup was against its human rights policy, a spokesperson said. The company declined to comment on Watanabe’s remarks.

Automaker Suzuki Motor Corp and Japan’s largest trading house, Mitsubishi Corp, which have remained in the JMA, declined to comment on Watanabe’s remarks. Suzuki said it prioritised the safety of its staff, while Mitsubishi said human rights are one of the factors it considers when doing business.

Masao Imamura, a professor of Southeast Asian history at Japan’s Yamagata University, said Watanabe was influential in framing Tokyo’s economic policy on Myanmar and Japanese corporations have relied on his influence and access to do business.

“Large Japanese corporations active in Myanmar have been embedded with people like Watanabe too long and too deeply, so they don’t know how to exit,” Imamura, who was part of a coalition that challenged the JMA’s policy on Myanmar earlier this year, told Reuters.

In May, a month before the JMA meeting, Yusuke Watanabe, Watanabe's son and the association’s secretary general, wrote an article published in the Diplomat saying Japan should act as a bridge to Myanmar's junta rather than following the Western policy of "regime change".

Imamura, and others, including representatives of Myanmar citizens in Japan, human rights groups and foreign policy experts, wrote an open letter to JMA corporate sponsors in response.

Yusuke Watanabe’s article, they said, neglected to mention “human rights violations such as killing, violence, detention, and suppression of speech against civilians by the military.” They asked every member company whether they supported the JMA's position, as expressed by the younger Watanabe. The group said his remarks were a way to "justify the coup."

Hideo Watanabe has acted as Japan's top-level conduit to Myanmar on economic ties since 1987. His personal connections mean he has more access to senior officials than all but a few foreigners. Watanabe was central to a 2011 deal that saw Japan provide nearly $5 billion in aid and debt forgiveness in exchange for rights to develop a port near Yangon.

In a written statement, Myanmar’s military government told Reuters Watanabe was "a long-time friend" who "always seeks better relations between the governments and citizens of the two nations”.

Underscoring his standing in Myanmar, last month the junta credited https://www.reuters.com/world/asia-pacific/japan-distances-itself-report-its-envoy-helped-free-us-reporter-2021-11-16 Watanabe, along with U.S. former diplomat Bill Richardson and Yohei Sasakawa, chairman of the Nippon Foundation, when it released a jailed U.S. journalist, Danny Fenster.

Beyond its business membership, the JMA is stacked with politicians from the ruling Liberal Democratic Party, including ex-prime minister Taro Aso and several former ambassadors to Myanmar. Aso's office declined to comment on Watanabe’s remarks.

Despite his support for Myanmar, Watanabe expressed some misgivings. At the June meeting, Watanabe told the association that "not everything that the military is doing was OK" and said he had asked the general for a roadmap to democracy in return for investment. He said it was important to create conditions to hold elections promised by the junta by 2023.

At the same time, Watanabe spoke of his "friendship" and "trust" with the junta leader, who is under sanctions by the European Union and United States, saying that "to prevent the outbreak of civil war in Myanmar, Japan should support the current national system, even if just to a minimal extent."

The junta said in response to questions posed by Reuters that Watanabe’s mall project was ongoing. Watanabe, who said he did not encourage investments that would directly benefit the military, told the JMA he would update on the project once "there are concrete developments.” 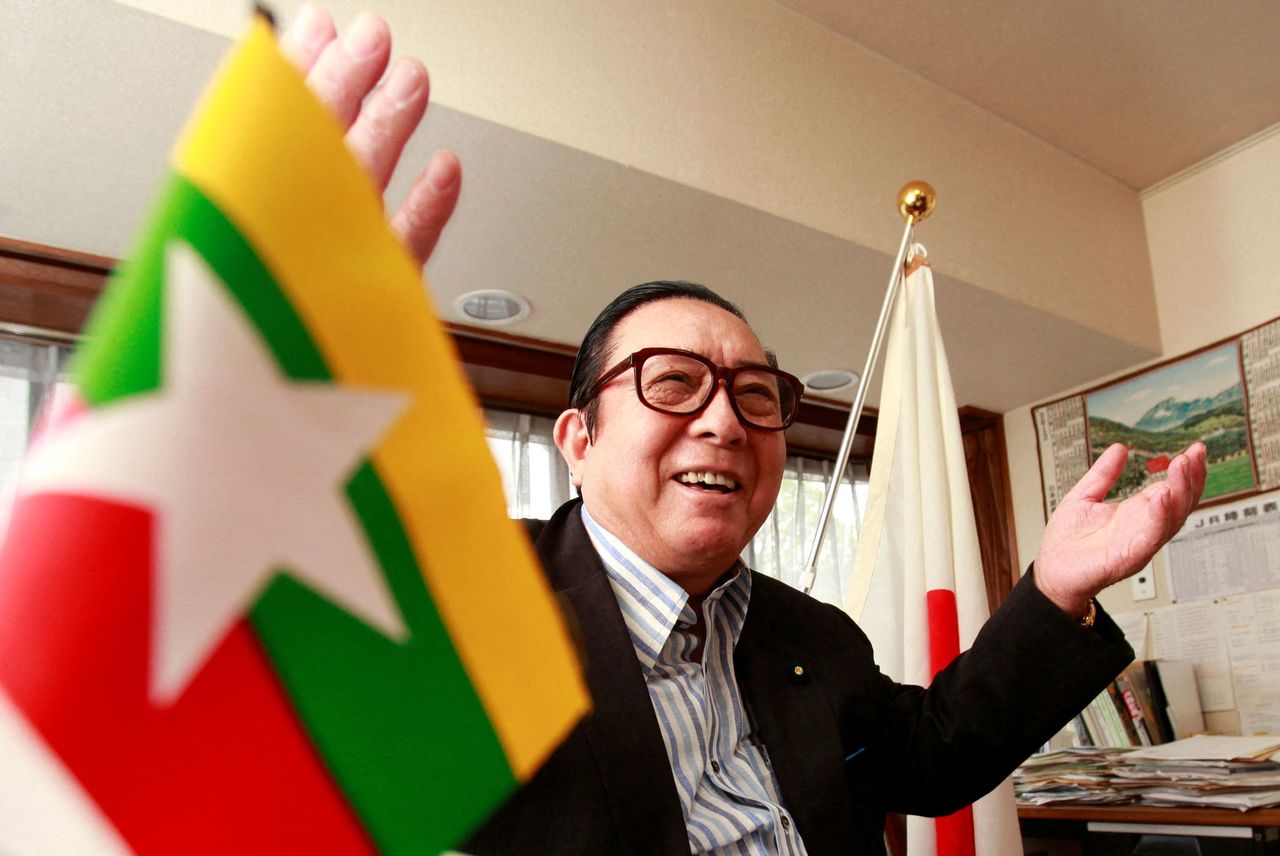 FILE PHOTO: Hideo Watanabe, the chairman of the Japan-Myanmar Association, speaks during an interview with Reuters in Tokyo August 15, 2012. REUTERS/Yuriko Nakao/File Photo 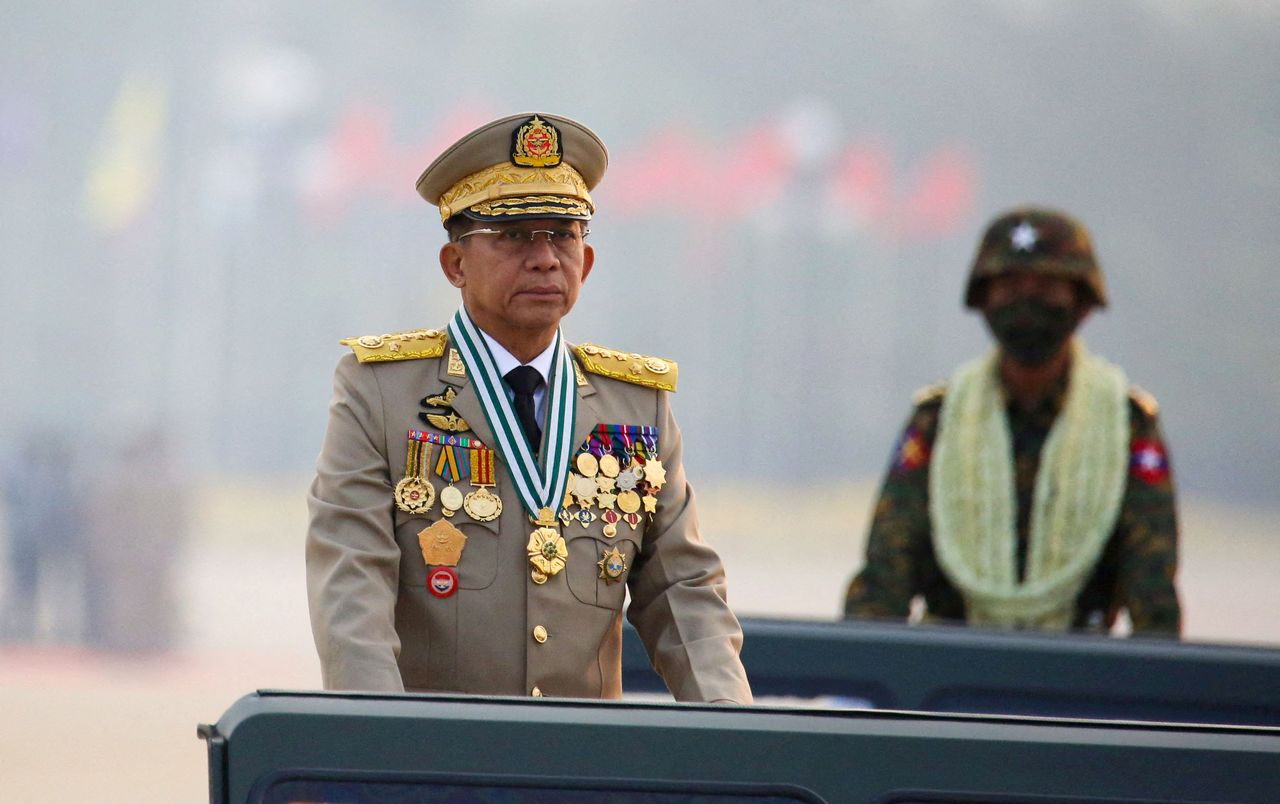 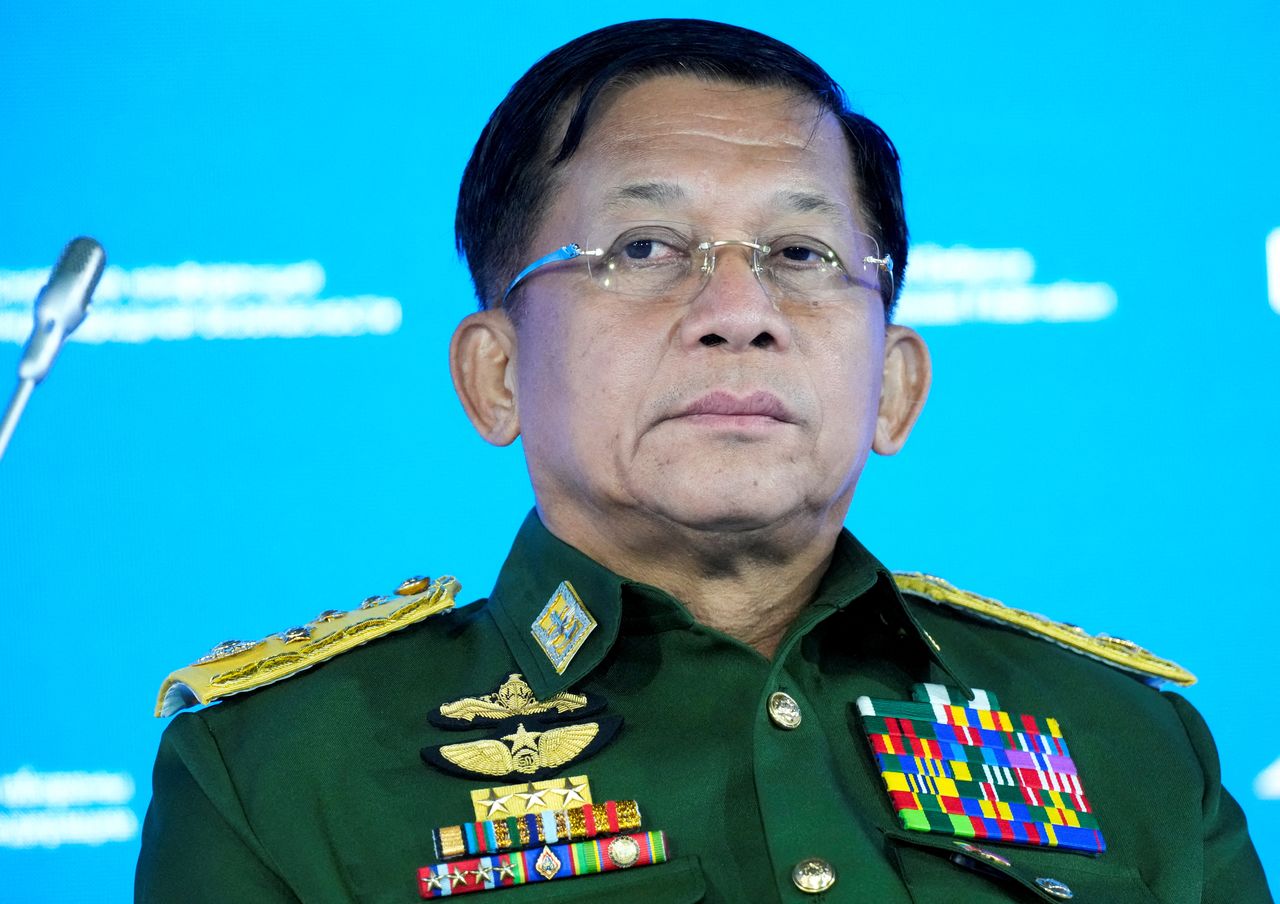