OSAKA (Reuters) -Mourners placed bouquets of flowers and offerings of beer and water on Saturday at the site of a suspected arson at a psychiatry clinic in Osaka that killed 24 people.

"I wanted them to have something warm," a 34-year-old care worker, who placed a can of coffee on the table, told reporters at the scene in the city in western Japan.

"I prayed that an incident like this will never happen again," he said, fighting back tears.

The fourth floor clinic is in a downtown shopping district, the building covered in blue plastic sheets and guarded by police.

The fire broke out on Friday morning after a man entered the clinic carrying a bag of liquid that caught fire after he set it down near a heater and kicked it, a police spokesperson said.

The 61-year-old man, who has not been publicly identified, was a patient of the clinic and is in critical condition in hospital, public broadcaster NHK said. There was a smaller fire in front of the man's house 30 minutes before the clinic blaze, NHK reported.

"I just cannot forgive the person who has done this," said a patient of the clinic in his 20s, declining to give his name. "I want the one who is responsible to pay for the crime according to law."

Patients praised the doctor who ran the clinic as a stalwart supporter of mental health. [nL1N2T3040]

In 2019 an arson attack at an animation studio in Kyoto killed 36 people and injured dozens. A 2001 fire at a building in Tokyo's Kabukicho entertainment district killed 44 people. 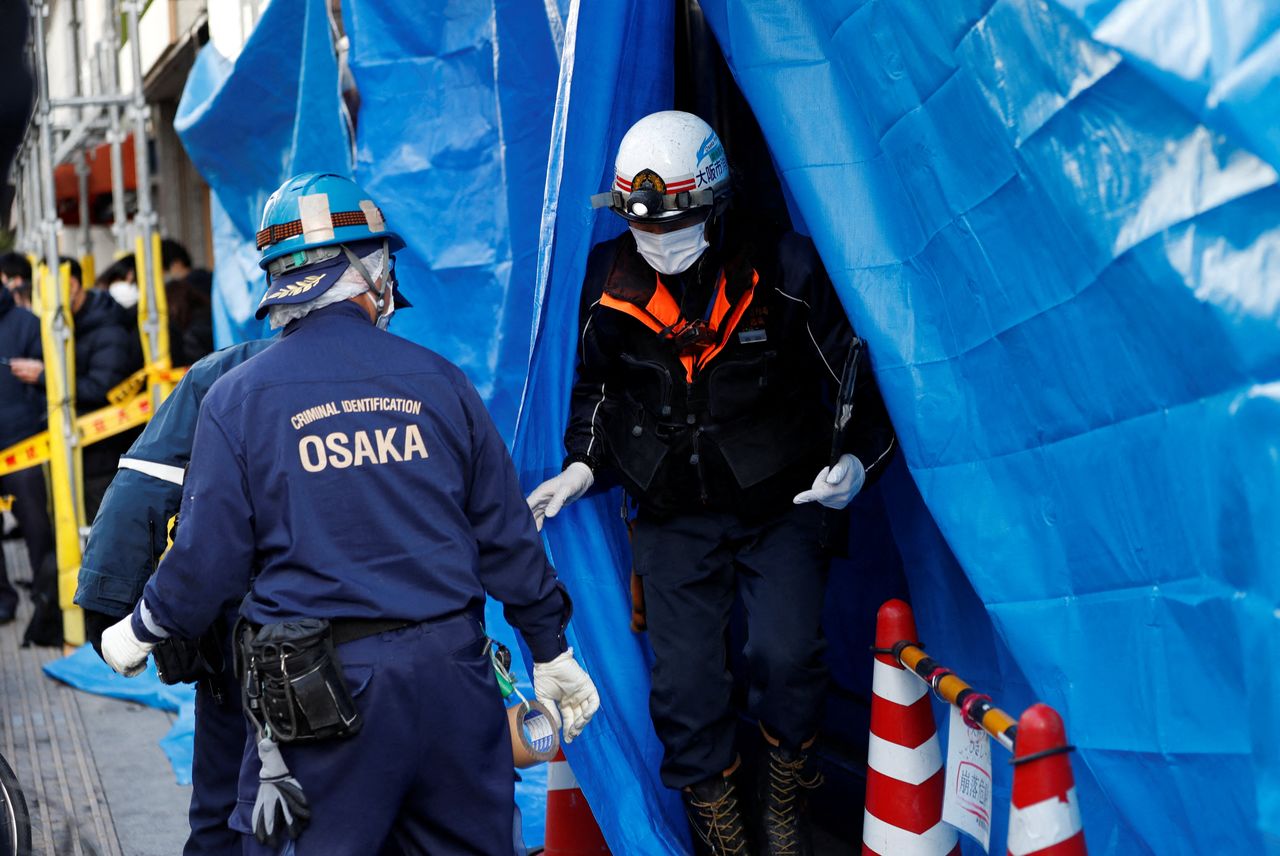 Firefighters work at a building where a fire broke out, in Osaka, Japan December 18, 2021. REUTERS/Kim Kyung-Hoon 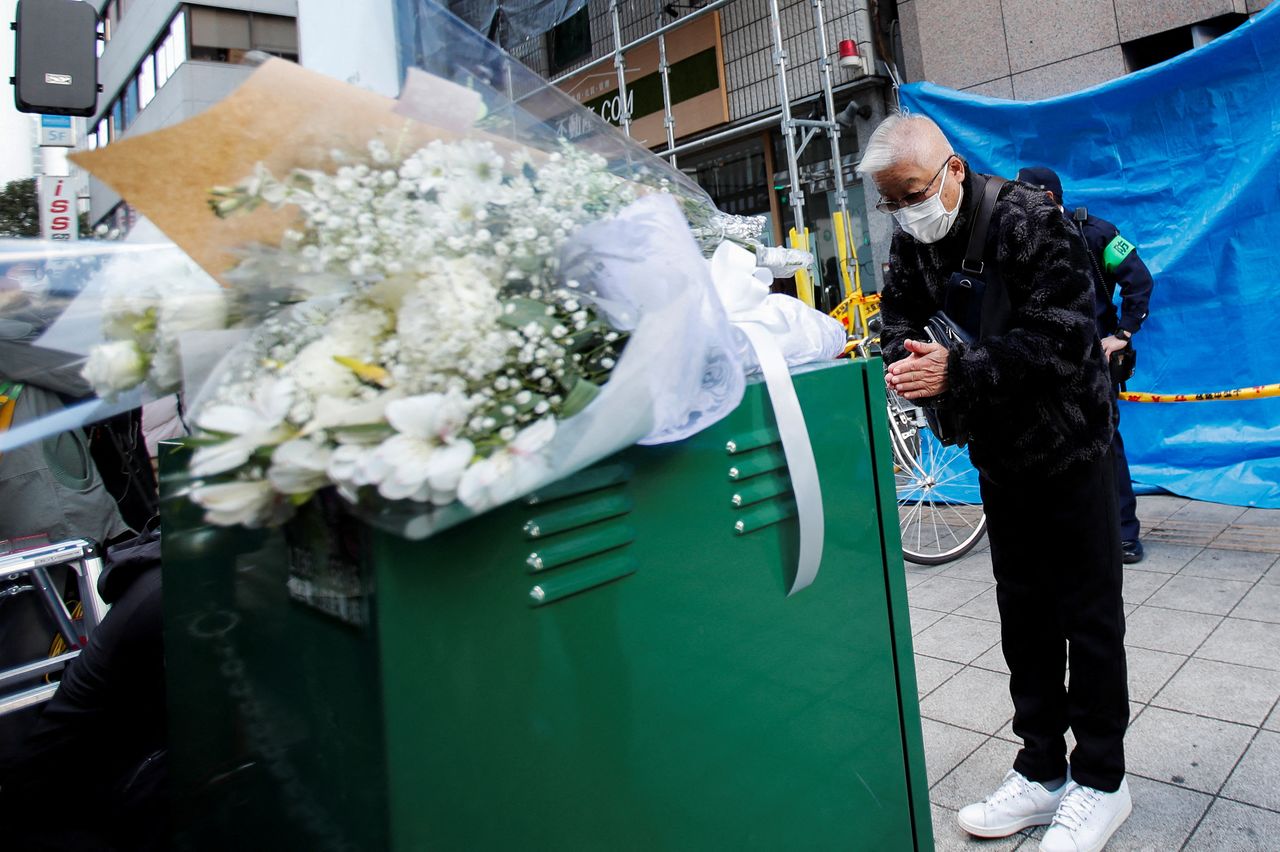 A man bows as he mourns for the victims in front of a building where a fire broke out, in Osaka, Japan December 18, 2021. REUTERS/Kim Kyung-Hoon