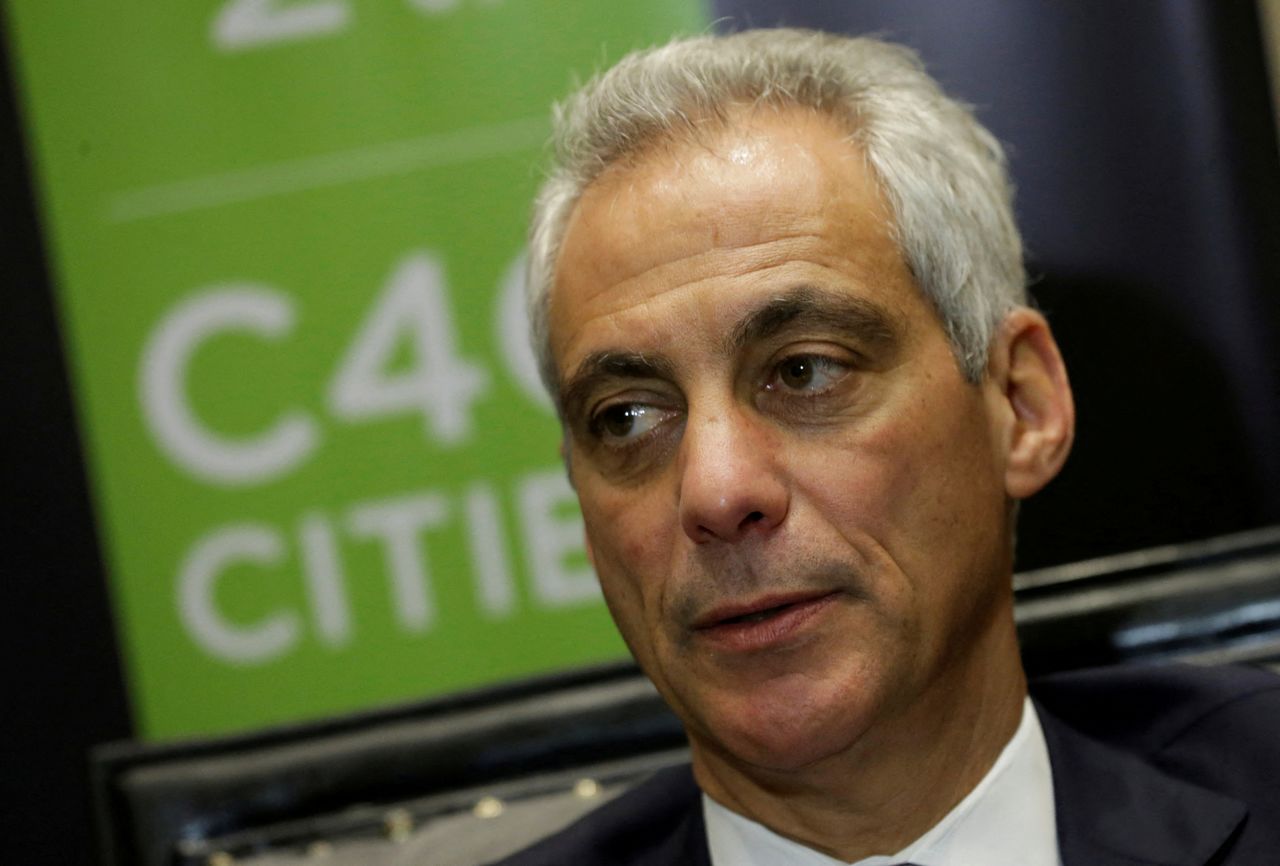 FILE PHOTO: Rahm Emanuel, the former Chicago mayor who has been confirmed by the U.S. Senate as President Joe Biden's nominee to be ambassador to Japan, speaks during an interview with Reuters after taking part at the C40 Mayors Summit at a hotel in Mexico City, Mexico December 1, 2016. REUTERS/Henry Romero

WASHINGTON (Reuters) - The U.S. Senate early Saturday confirmed President Joe Biden's nominee Rahm Emanuel to be ambassador to Japan, despite questions about the murder of a Black teenager by a white police officer when Emanuel was mayor of Chicago.

The Senate approved Emanuel by a vote of 48-21 in a middle-of-the-night session, with three of Biden's fellow Democrats voting against his nomination.

Emanuel is a former member of the House of Representatives and was the first White House chief of staff when President Barack Obama was president and Biden was vice president.

Supporters backed him for the post in Tokyo because of his long record in public service at a time when Washington is looking to Asian allies such as Japan to help push back against a rising China.

Detractors said they would not back Emanuel because of his handling of the shooting seven years ago of 17-year-old Laquan McDonald, who died after police office Jason Van Dyke fired his weapon multiple times.

Then-Mayor Emanuel's handling of the case was criticized, especially because a video showing the shooting was not released for more than a year.

Van Dyke was convicted of second-degree murder and jailed for nearly seven years and four Chicago police officers were fired over McDonald's death, which highlighted racial tensions in the United States' third-largest city.

Biden nominated Emanuel in August. At his confirmation hearing in October, Emanuel said he thought about McDonald's death every day and that, as mayor, he was responsible and accountable.