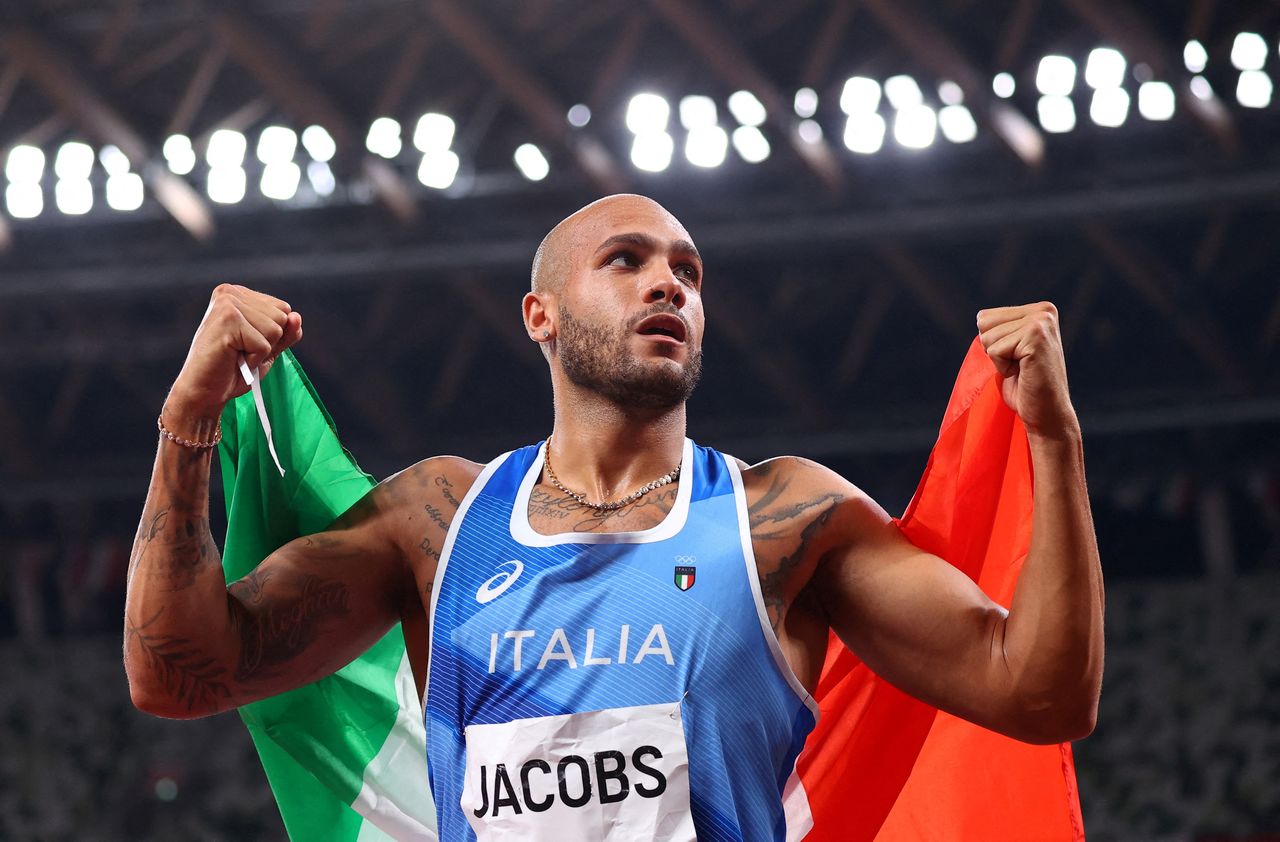 ROME (Reuters) - Italy's double Olympic champion Lamont Marcell Jacobs said on Saturday he would try out the 200 metres in some races next year, moving up from his usual 100m speciality.

Jacobs, who has yet to compete since winning the 100m and 4x100m at this year's Tokyo Olympics, plans to return to competitive action nL1N2SR1QZ in Berlin in February.

"This year I'll try the 200 metres in a few races," he told Italian daily La Stampa in an interview, adding it was too soon to suggest he might double up at the Paris Olympics in 2024.

"It's one thing to run the 200 metres at a meeting, it's another to do it at the Olympics also running the 100 metres and the relay," he said.

Jacobs said his training had been going so well that "it scares me a bit to be in such top form in mid-December."

He will head for Tenerife after Christmas for a spell of winter training with a fellow sprinter to be chosen among four or five candidates including "a couple from England".

Jacobs, 27, also said that next year he will marry his girlfriend, model and influencer Nicole Daza, and would like to participate with her on a reality TV show.

"A series on us could be interesting because it would show people what the life of an athlete is like away from the track," he said.