Tokyo (Reuters) - A Japanese cabinet official said on Sunday that victims of a fire in a clinic that claimed 24 lives last week were blocked from the only escape route, prompting an emergency inspection of similar buildings.

In an act of suspected arson, a man entered a fourth-floor clinic in the western city of Osaka carrying a bag of liquid that caught fire after he set it near a heater and kicked it, according to police.

"Based on the damage, it is thought that the fire broke out near the stairs, which was the only escape route," Internal Affairs Minister Yasushi Kaneko told reporters, citing an ongoing investigation.

Fire departments across Japan have been directed to inspect some 30,000 multi-storey commercial buildings that have only one staircase, he added.

The 61-year-old suspect was a patient of the clinic and is in a critical condition in hospital, public broadcaster NHK said. The man's name has been released and published in Japanese media, an unusual step when there has not yet been an arrest.

The fire is among Japan's deadliest in memory, following an arson attack at an animation studio in Kyoto in 2019 that killed 36 people. A 2001 fire at a building in Tokyo's Kabukicho entertainment district killed 44 people. 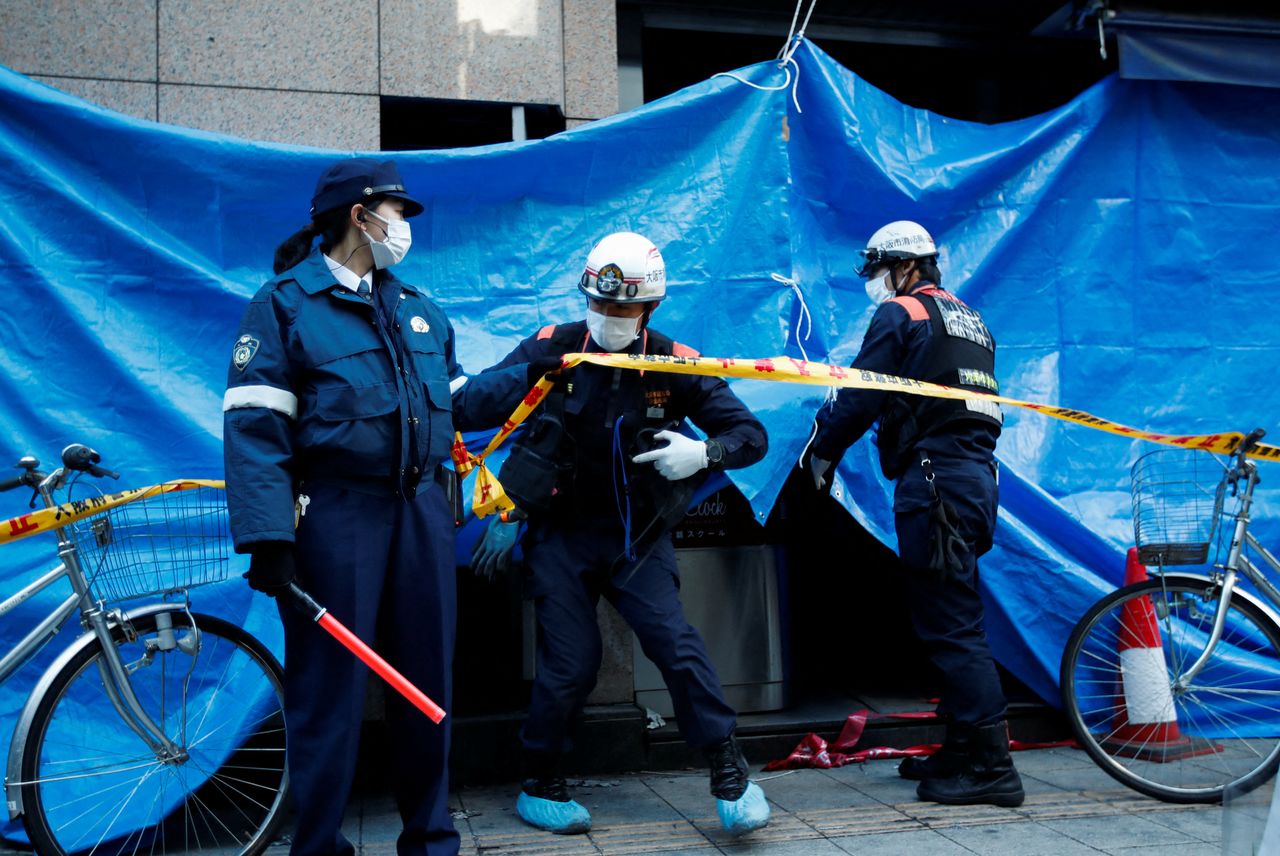 Firefighters work at the building where a fire broke out, in Osaka, Japan December 18, 2021. REUTERS/Kim Kyung-Hoon 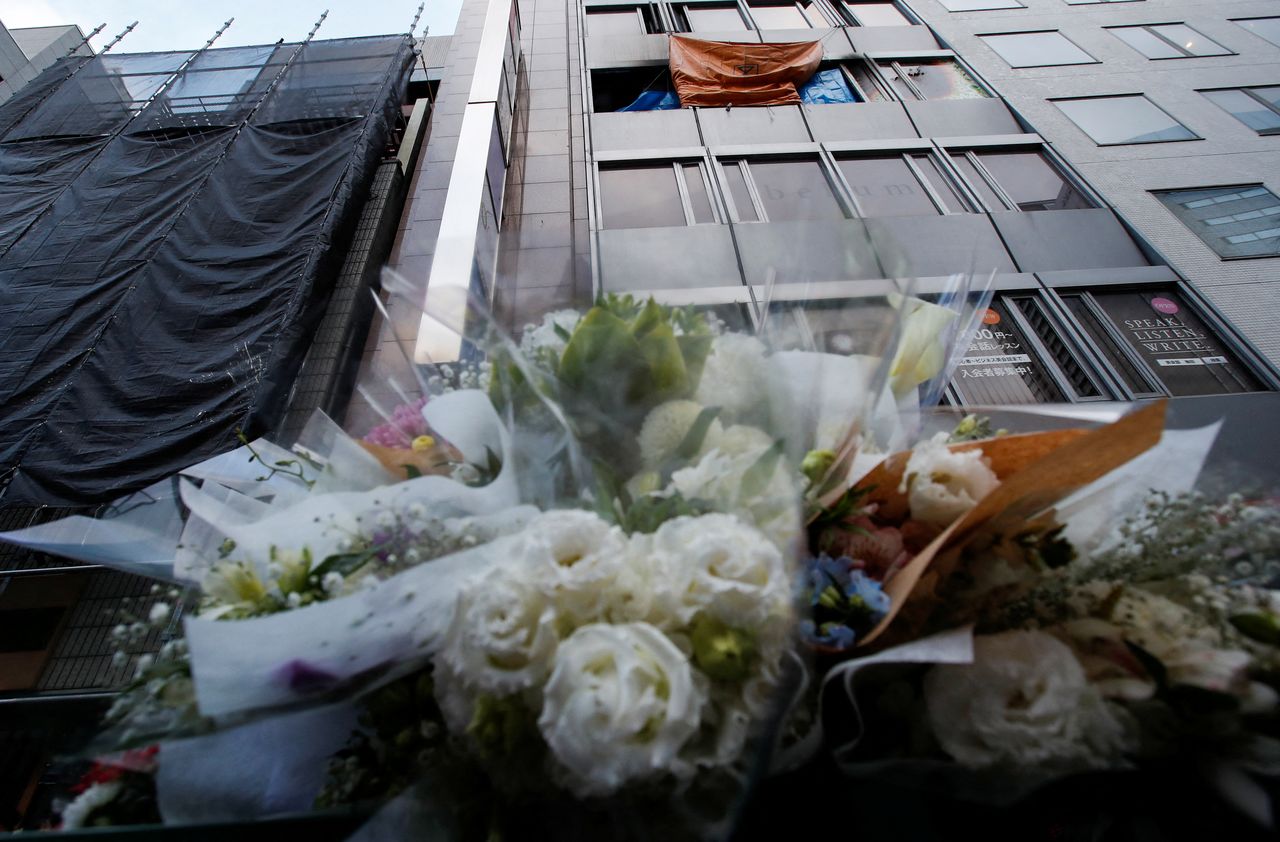 Flowers are placed by the building where a fire broke out, in Osaka, Japan December 18, 2021. REUTERS/Kim Kyung-Hoon 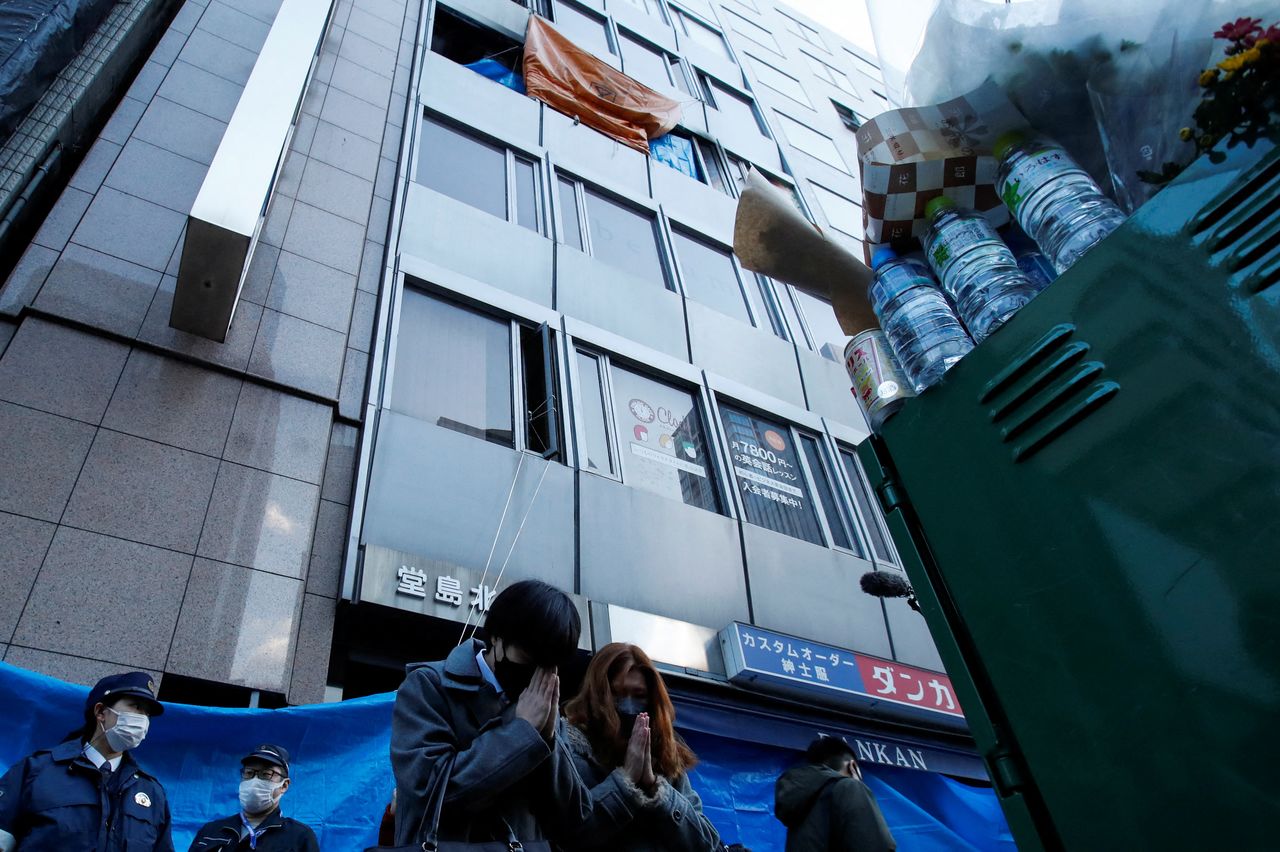 People pray for the victims in front of the building where a fire broke out, in Osaka, Japan December 18, 2021. REUTERS/Kim Kyung-Hoon