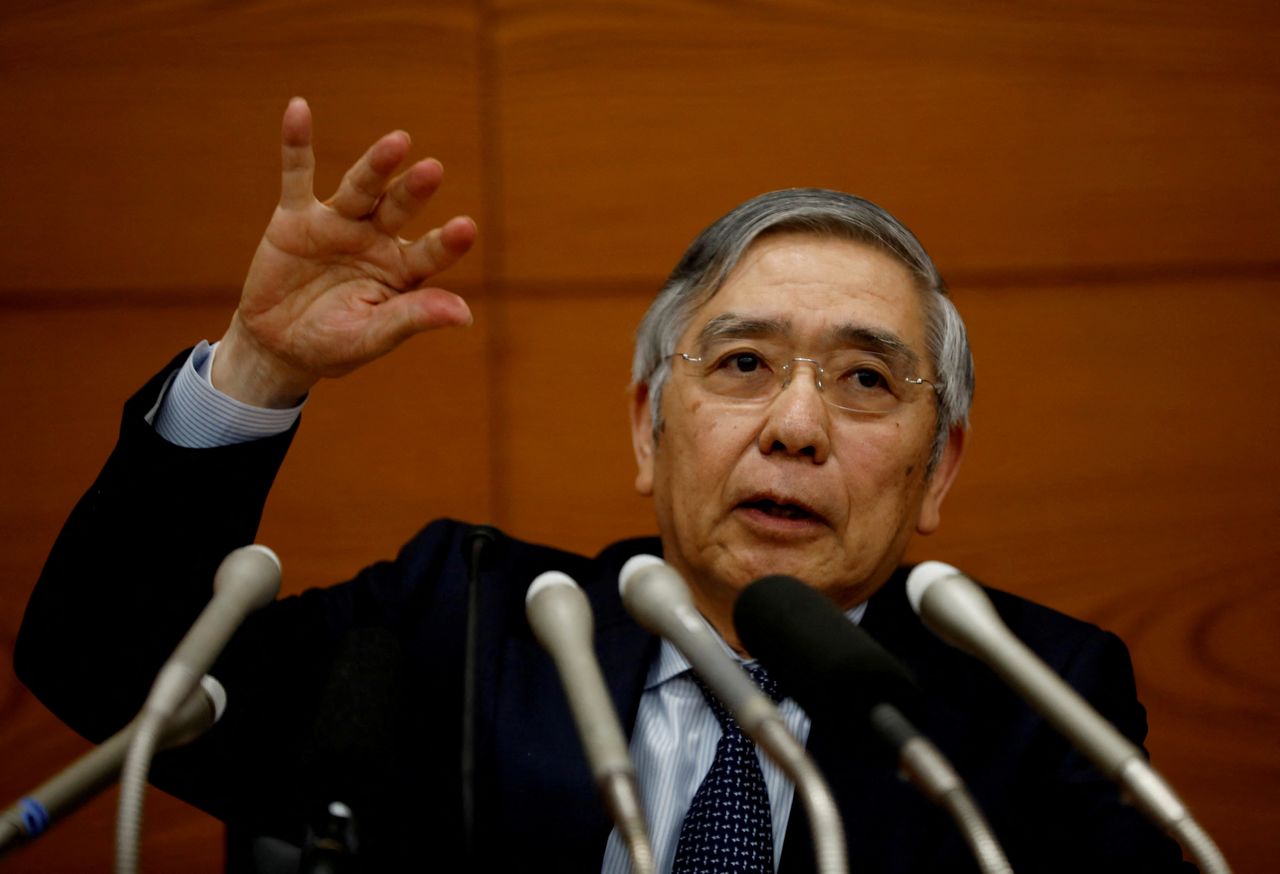 TOKYO (Reuters) -Bank of Japan Governor Haruhiko Kuroda said on Monday it was too early to consider normalising monetary policy, bolstering the view that the Japanese central bank would lag behind other central banks in dialing back monetary stimulus.

Kuroda made the remark as the Bank of England last week became the first G7 central bank to embark on rate increases, and the Federal Reserve and the European Central Bank (ECB) have shifted away from monetary stimulus.

The BOJ's assets have grown the equivalent of 135% of GDP, far exceeding 36% for the Fed and 66% for ECB, as of September 2021, Kuroda said, pledging to conduct appropriate policy taking its financial health into account.

"I don't think expansion of the BOJ's assets will affect our ability to keep monetary policy and financial system stable," Kuroda told parliament.

With U.S. consumer inflation accelerating to 7% and the euro zone approaching close to 5%, the Fed has begun tapering and has decided to end it around next March, Kuroda said.

In Japan, consumer prices have remained flat, and even when excluding one-off factors such as declining mobile phone fees, the CPI was estimated at about 0.5%, he added.

"There's quite a distance from the 2% inflation target. It is still too early now to consider normalising policy," Kuroda said. "Unlike the Western countries, inflation is extremely low and inflation expectations remain very low. We're in a phase to patiently continue large-scale monetary easing."

Kuroda also said it was important for the government to ensure market confidence in Japan's fiscal health in the medium to long term, enabling the BOJ to conduct appropriate policy under stable formation of JGB yields.

The BOJ on Friday dialled back emergency pandemic funding but maintained ultra-loose policy and extended financial relief for small firms, cementing expectations it will remain among the most dovish central banks for the foreseeable future.