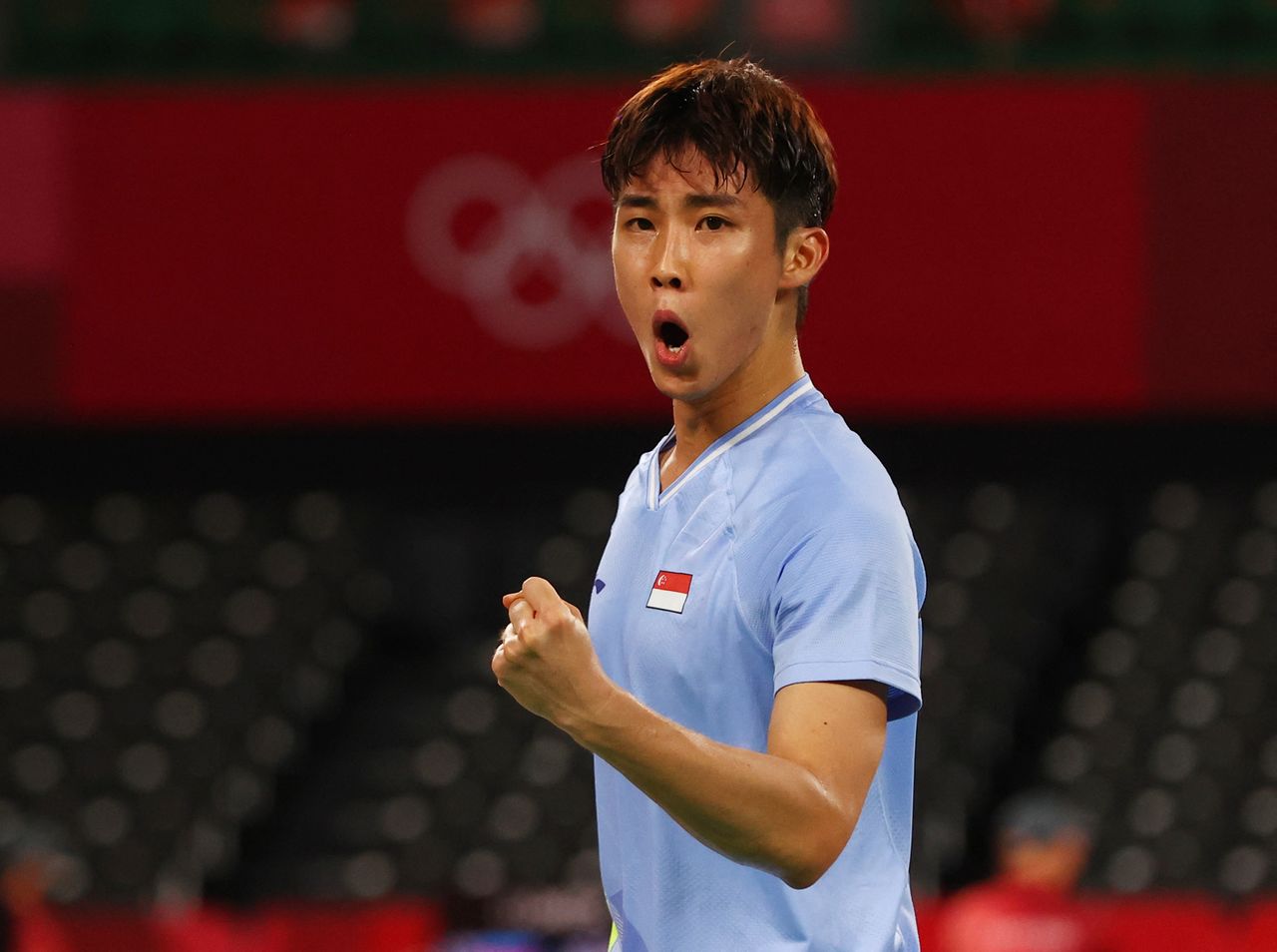 (Reuters) - Loh Kean Yew became Singapore's first badminton world champion with a 21-15 22-20 win over India's Kidambi Srikanth in Huelva, Spain on Sunday, playing through the pain of an ankle injury that left him in a wheelchair just a day earlier.

Loh, 24, hurt his right ankle in his quarter-final win over India's H.S. Prannoy on Friday and aggravated the injury in his semi-final win over Dane Anders Antonsen the following day.

Barely able to walk due to the pain, Loh had to use a wheelchair to get around.

"I thought I was finished because it hurt like hell, and I couldn't walk," Loh told The Straits Times. "But I told myself to push through the pain and go all out in the final, and coped with ice and some treatment, and it paid off."

Loh, who climbed to number 10 in the world, had to battle back from 9-3 down in the opening game before going on to seal the win and join an elite club.

Only players from China, Indonesia, Denmark and Japan had won the men's title since the inaugural competition in 1977.

"I'm honoured to deliver this first gold for Singapore. I know many have been staying up to follow my progress and I want to thank everyone for their support and for being a huge motivation."