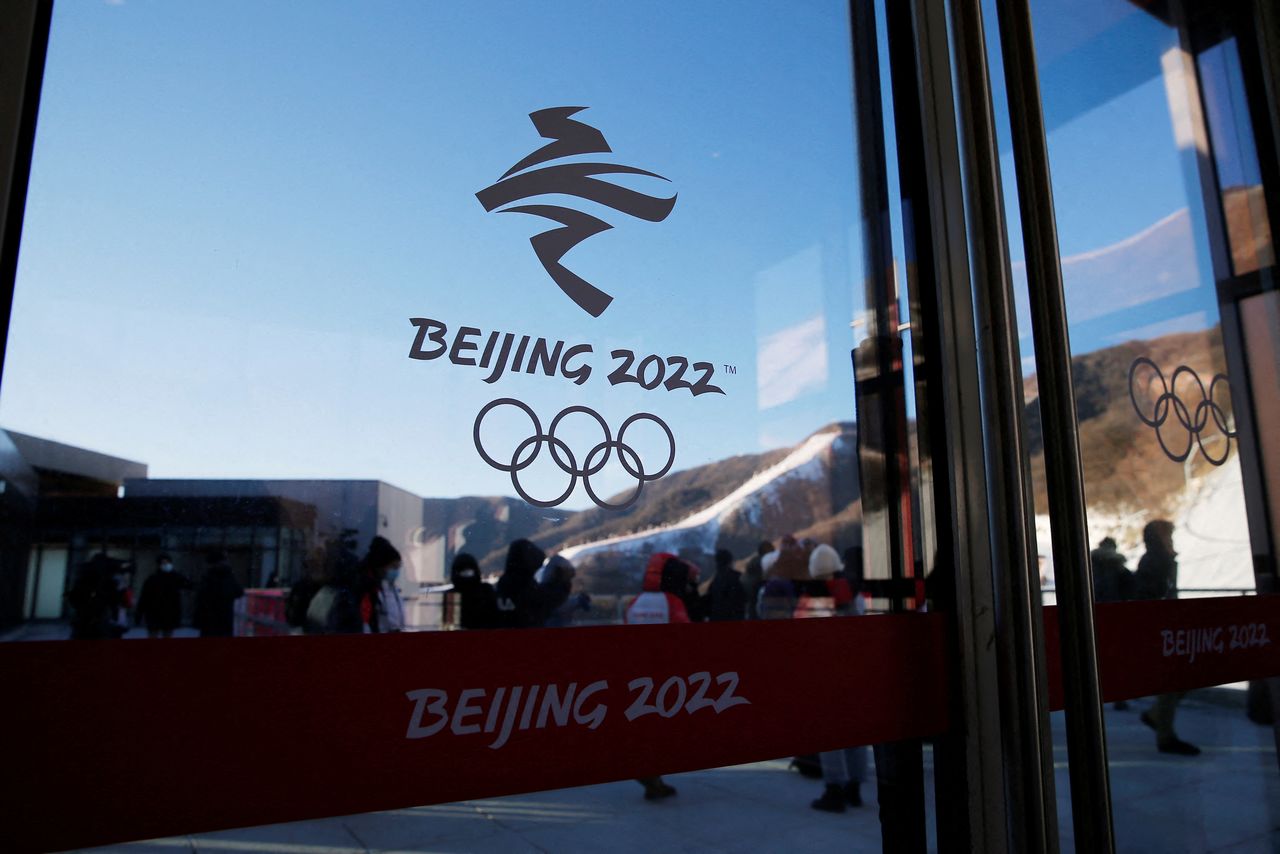 The emblem of Beijing 2022 Winter Olympics is seen on a glass door at the National Alpine Skiing Centre during an organised media tour to the Olympic venues in Yanqing district of Beijing, China December 17, 2021. REUTERS/Tingshu Wang

(Reuters) - The Danish men's curling team booked their place at next year's Beijing Winter Olympics with a victory over the Czech Republic in a qualifying event in Leeuwarden, the Netherlands over the weekend.

Denmark scored an 8-5 win in the second men's qualification final on Saturday to bag the last of the three available spots in the line-up for the Games.

"Olympic qualification means everything," said skip Mikkel Krause. "I've been working for this for the past 25 years.

"This is a big deal ... because the Winter Olympics isn't very big in Denmark. We don't have lots of sports involved.

"It'll be crazy... it's really important for curling in Denmark because that's the only time there's focus on us."

On Friday, Italy edged the Czechs 6-5 in the first qualification final to secure their place in Beijing, joining round-robin winners Norway.

Canada, China, Britain, Sweden, Switzerland, the Russian Olympic Committee and the United States have also qualified among the men.

In the women's qualifiers, 2018 silver medallists South Korea sealed their place with a 8-5 win over Latvia on Saturday. They were joined by Scotland, who will represent Britain, and Japan after the weekend's action.

"At the last Olympics we didn't expect to get a silver medal, but we did. It's the same thing this time, we won't think about medals, we'll focus on our team," South Korean skip Kim Eun-jung said.

Canada, China, Denmark, Sweden, Switzerland, the Russian Olympic Committee and the United States are the other women's teams competing at Beijing.