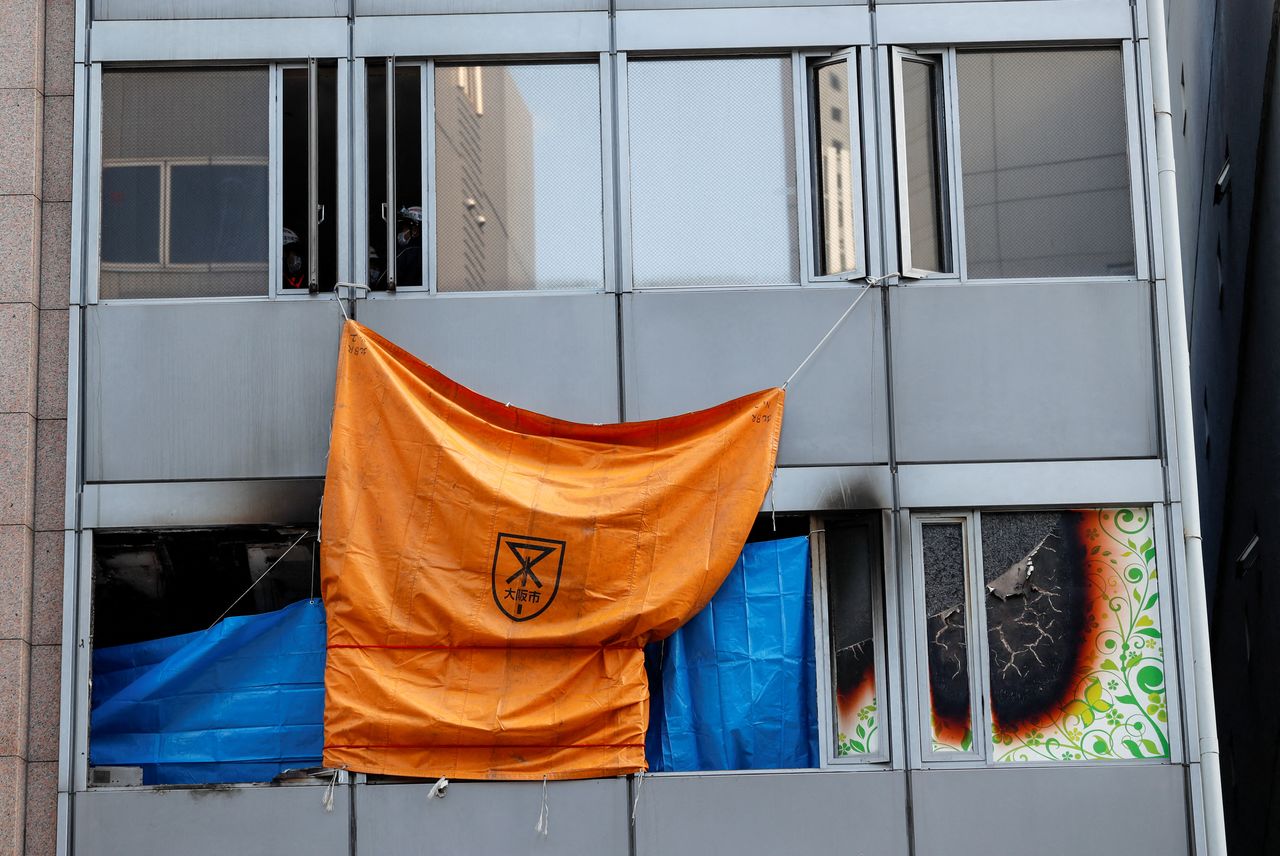 FILE PHOTO: Firefighters work at a building where a fire broke out, in Osaka, Japan December 18, 2021. REUTERS/Kim Kyung-Hoon/File Photo

TOKYO (Reuters) - A 61-year-old man suspected of starting a fire that killed 24 people last week in an Osaka clinic bought 10 litres of gasoline at a petrol station last month, but it was not known whether the fuel was used in the blaze, police said on Monday.

Security camera footage from the psychiatry clinic in Osaka, western Japan, shows the fire broke out on Friday morning after the suspect carried two bags of liquid into the clinic and set the liquid on fire, an Osaka police official said.

Traces of oil were found at the site, but investigators are still trying to determine what kind of liquid was used.

Besides the 24 people who died, three people, including the suspect, are in critical condition, the official said.

Police have identified 14 of the 24 people killed, including Kotaro Nishizawa, who ran the clinic and was praised as a stalwart supporter of mental health.