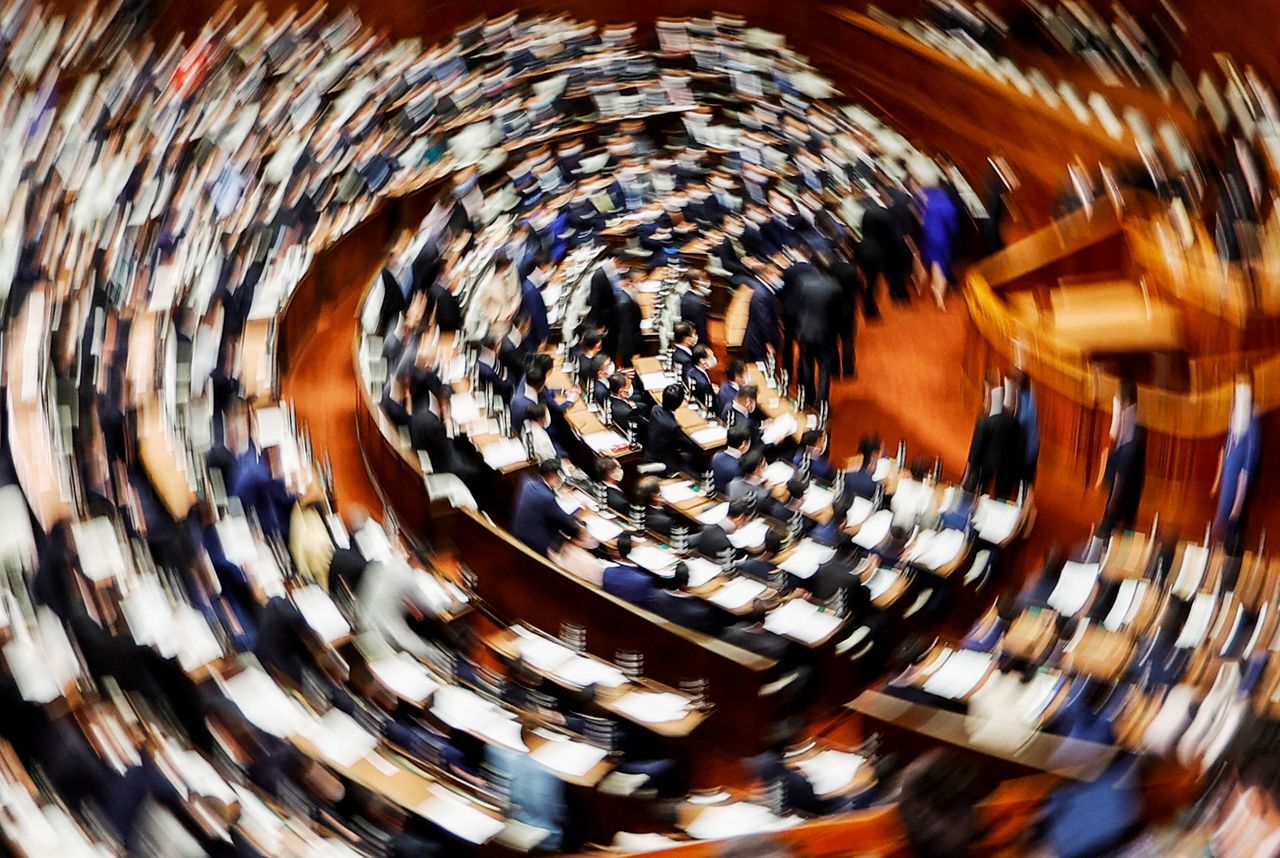 A view shows a parliamentary session at the Lower House of Parliament in Tokyo, Japan November 10, 2021. Picture taken with slow shutter speed. REUTERS/Issei Kato TPX IMAGES OF THE DAY

TOKYO (Reuters) - Japan's parliament on Monday approved the first extra budget of the 2021 fiscal year, with a record spending of $317 billion, to help the economy withstand the fallout of COVID-19, further straining the industrial world's heaviest debt burdens.

The 36 trillion yen ($317 billion) budget earmarks funds for tackling COVID-19, including to secure vaccines and drugs, while it also features cash payouts for families with children and funds for the promotion of tourism.

It is the biggest supplementary budget the government has implemented ever. Japan's government issued three extra budgets in the last fiscal year.

The extra budget will be partly financed by some 22 trillion yen worth of additional government bonds to be issued in the current fiscal year.

Prime Minister Fumio Kishida said his first extra budget was aimed at restoring the COVID-hit economy and achieving a virtuous cycle of growth and wealth distribution, while fixing the country's public finances in the long run.

The budget is also targeted at promoting tourism, ensuring corporate funding, boosting growth in the green and digital transformation and strengthening semiconductor factories and supply chains.

The extra budget will also be a source of funding for the government's record 79 trillion yen economic package unveiled last month. The government says the package, which includes a record 55.7 trillion yen in spending, will boost gross domestic product by around 5.6% -- an estimate private-sector economists say is too optimistic.

The extra budget will be followed by an annual budget for the next fiscal year, to be compiled later this week, securing 16-months' worth of spending.