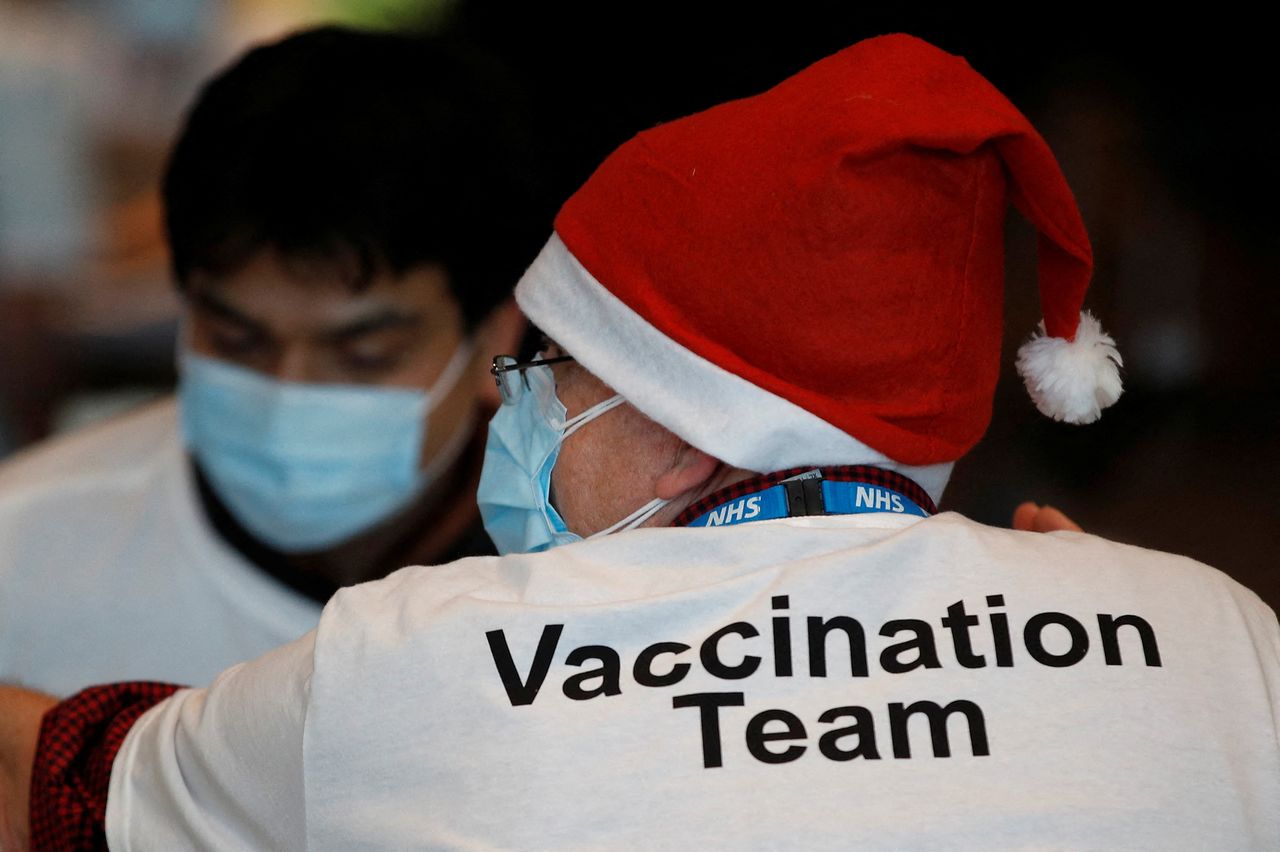 (Reuters) - A growing number of countries are reducing the wait time for COVID-19 vaccine boosters from six months to as few as three in a bid to ward off a new surge in infections from the Omicron variant.

They are reacting to early evidence suggesting that Omicron is spreading faster than its predecessor, Delta, and is more likely to infect people who were vaccinated or had COVID in the past. Some scientists, however, say that giving boosters too soon could compromise the level of longer-term vaccine protection.

While data remains limited, half a dozen laboratory studies have shown that an initial course of COVID-19 vaccines - typically given in two doses - is not enough to halt infection from the Omicron variant, but a booster shot may help.

Research from southern Africa and the UK shows that the variant is spreading very quickly, prompting forecasts that it will soon outpace Delta in several countries. Scientists are also trying to determine how severe cases of Omicron are.

Many countries, including the United States, earlier this year authorized booster doses at six months after a person completes vaccination. This month, South Korea, the United Kingdom and Thailand cut that interval to three months. Belgium has lowered it to four months.

Some countries, including the United States, South Africa and Germany, have stuck to the six-month booster schedule.

Finland has recommended a three-month booster timeline for at-risk groups, saying it does not believe shortening the time for the general population will slow rising hospitalizations.

Spain and Lithuania are also so far offering boosters only to people with weak immune systems, the elderly or vulnerable, while India has not decided on a booster campaign. The World Health Organization, which had told rich countries to prioritize sending first COVID vaccine doses to the developing world, has become more open to boosters in light of rising cases.

More data is needed, but there is a risk that shorter timeframes could compromise the effectiveness of vaccines given in multiple doses, experts said.

"In general for multiple-dose vaccines ... the immune system works better if it has time to mature," said Dr. William Schaffner, infectious disease expert from the Vanderbilt University School of Medicine.

While studies show that boosters temporarily increase antibody levels, scientists say the goal of a vaccine regimen is to elicit not only antibodies but second-line immune system defenses such as T-cells.

"All that is going to be helpful for keeping you out of the hospital," said Dr. Peter Hotez, a vaccine expert at Baylor College of Medicine.

Dr. Luciano Borio, a former Food and Drug Administration acting chief scientist, said, "I do worry that we don't know what impact it may have on the immune system maturation of the doses. Three months seems like a very short interval."

The United States has no plans to change its current booster timing recommendations, U.S. Centers for Disease Control and Prevention spokesperson Kristen Nordlund said in an email.

"From an immunologic point of view, it does not make sense to shorten the intervals to less than six months," said a spokesperson for Arkansas' public health department.

Still, some experts argue that the six-month interval was arbitrary, and data gathered prior to the rise of the Omicron variant in November has shown that immunity as measured by antibody levels begins to drop off as early as four months after initial COVID-19 vaccinations.