(Reuters) - A growing number of countries are reducing the wait time for vaccine boosters in an effort to ward off a new surge in infections from the Omicron variant of the coronavirus.

* BioNTech and Pfizer said they would be providing the European Union with more than 200 million additional doses of their vaccine.

* The World Economic Forum postponed its annual meeting in Davos due to the spread of the Omicron variant, putting off the event scheduled for January until mid-2022.

* Tougher contact restrictions and an accelerated booster campaign are among measures being considered by German leaders to soften the blow of a fifth wave of infections.

* The Irish government does not expect to have to impose more stringent restrictions in the coming weeks, the deputy prime minister said.

* Britain's cabinet will meet as pressure grows on Boris Johnson to slow the spread of the Omicron variant. His deputy also issued the latest of a string of denials that the prime minister had broken lockdown rules after a photograph appeared of him and more than a dozen others drinking wine in the garden of his Downing Street residence.

* Rafa Nadal said he had tested positive for COVID-19 after returning from his comeback appearance at the Mubadala World Tennis Championship exhibition event in Abu Dhabi.

* Indonesia has added the United Kingdom, Norway and Denmark to the list of people banned from entering the nation, while Hong Kong has been removed, a senior minister said.

* Thailand is considering reinstating mandatory quarantine for foreign visitors. Some Thais who had scrambled to book private hospital appointments to receive the Moderna vaccine have also taken to social media to resell their slots.

* A cluster of cases linked to a U.S. military base in Japan has grown to at least 180, the government said.

* Amid a new surge in infections and deaths ahead of the Christmas and New Year holidays, President Joe Biden is drawing criticism from health experts who are calling for more urgency, testing, masking and global vaccine sharing.

* South African President Cyril Ramaphosa has returned to work after finishing a week of self-isolation due to testing positive, his office said.

* Israel added the United States to its "no-fly" list, citing concerns over the Omicron variant.

* The EU's drug regulator approved the use of Novavax's vaccine in people 18 years and older.

* Bharat Biotech said it had submitted an application to the Indian drug regulator to conduct a late-stage trial for a booster dose of its intranasal vaccine.

* Moderna said a booster dose of its vaccine appeared to be protective against the Omicron variant in laboratory testing.

* Thailand's Food and Drug Administration said it had approved the use of the Pfizer-BioNTech vaccine for children between five and 11.

* The World Trade Organization said global merchandise volume fell by 0.8% in the third quarter, adding that the emergence of the Omicron variant had raised the risk of missing the forecast 2021 growth rate. 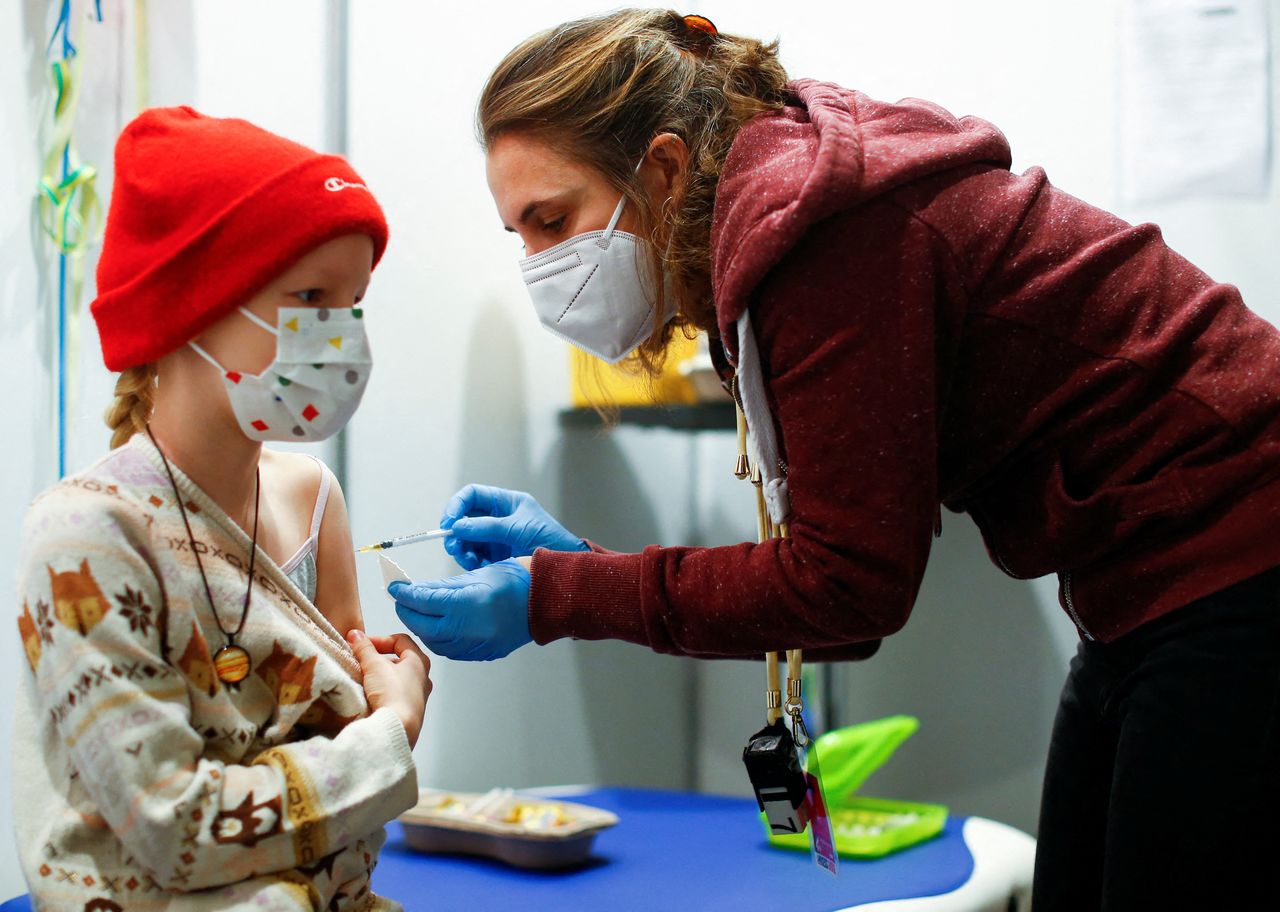 FILE PHOTO: A nine-year-old girl receives a dose of the Pfizer-BioNTech vaccine for children against the coronavirus disease (COVID-19) during a vaccination event for children at the Lanxess Arena in Cologne, Germany, December 18, 2021. REUTERS/Thilo Schmuelgen 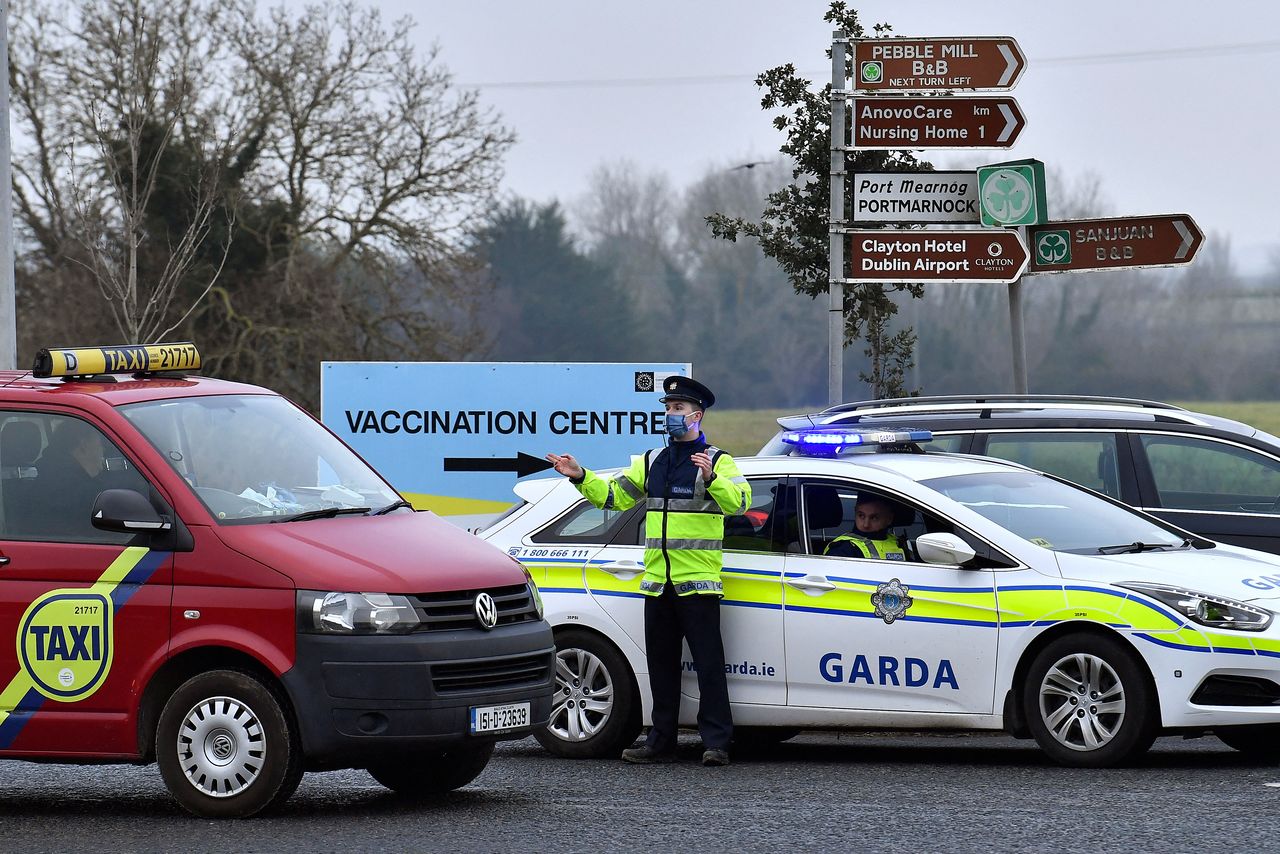 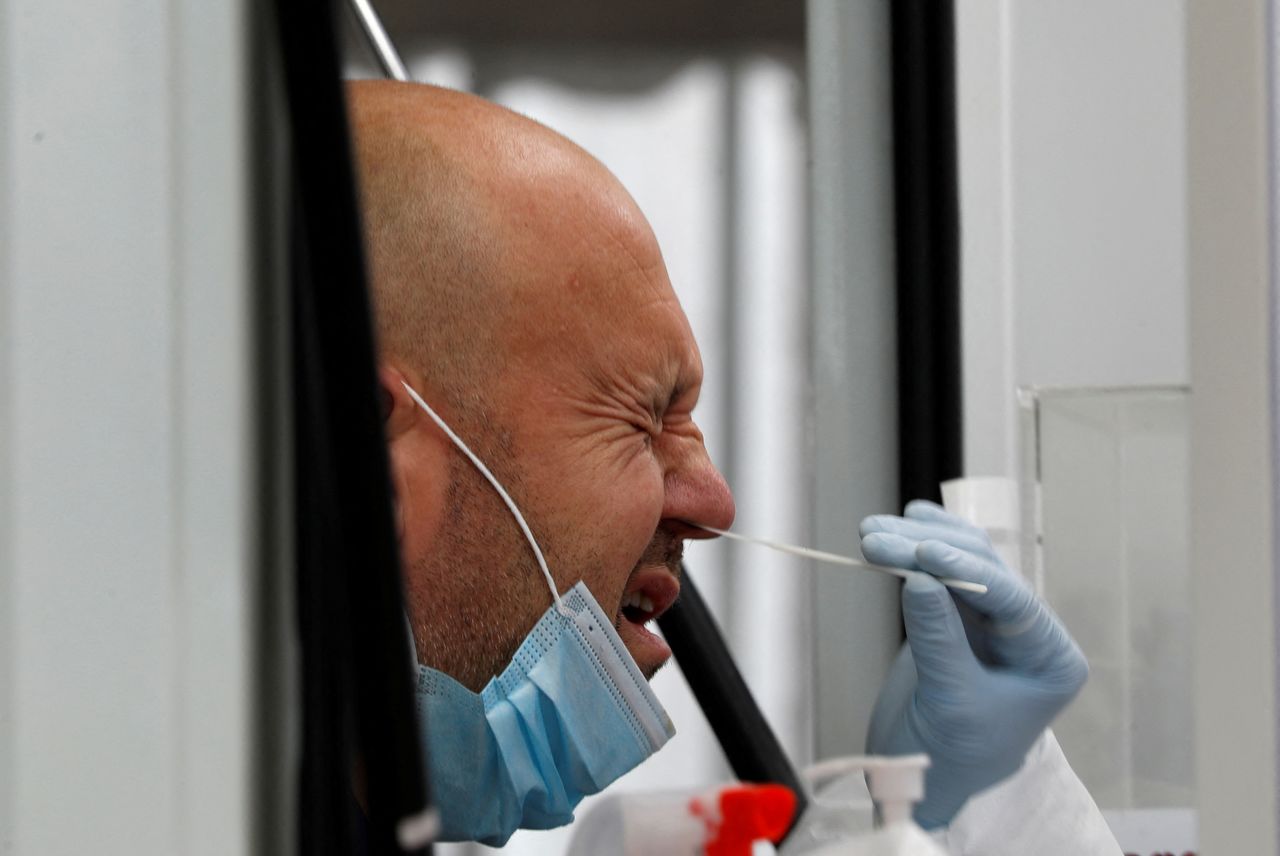 FILE PHOTO: A man is tested as a mandatory measure for arriving passengers to prevent the spread of the coronavirus disease (COVID-19) at the international airport in Phuket, Thailand November 29, 2021. REUTERS/Jorge Silva