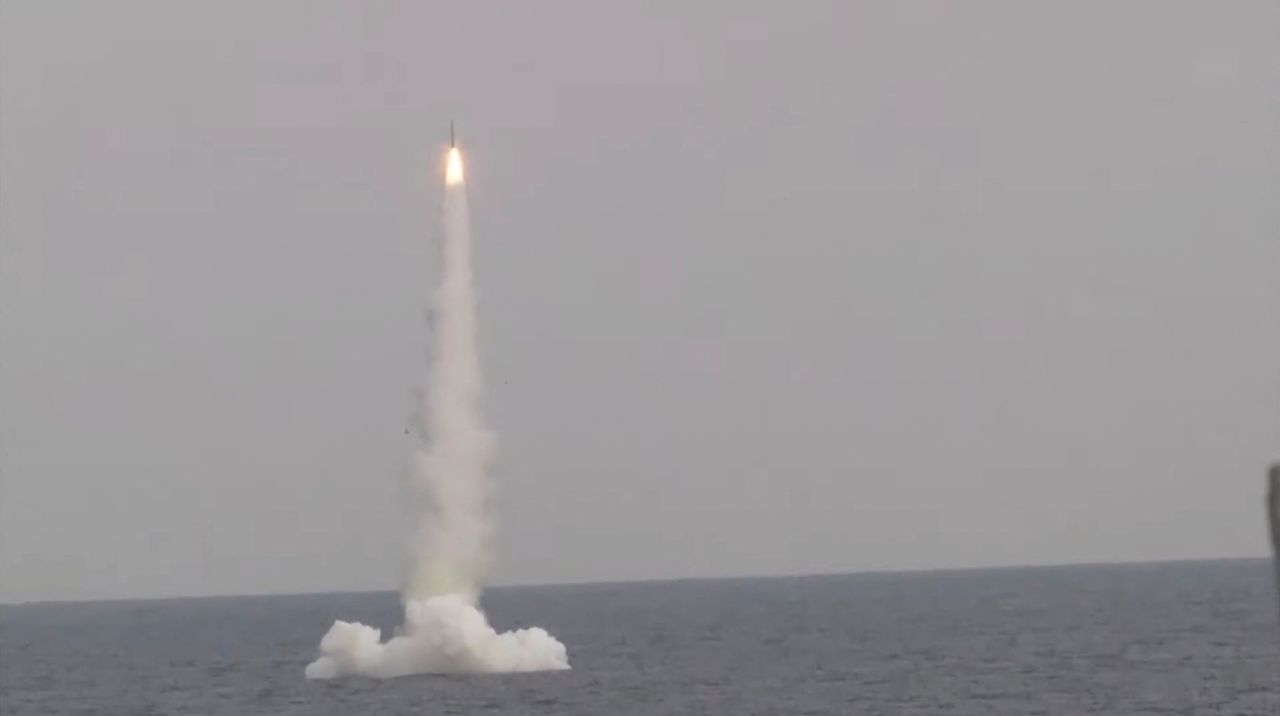 A Kalibr cruise missile is launched from Russian submarine Petropavlovsk-Kamchatsky of the Pacific Fleet during a test in the waters of the Sea of Japan, December 21, 2021. Russian Defence Ministry/Handout via REUTERS

MOSCOW (Reuters) - A submerged Russian submarine has successfully launched a Kalibr cruise missile from the Sea of Japan at a target more than 1,000 kilometres (621 miles) away, located at a Russian training ground onshore, the RIA news agency said on Tuesday.

Japan lays claim to the Russian-held southern Kuril islands in the nearby Sea of Okhotsk, which Tokyo refers to as the Northern Territories in a territorial row dating from the end of World War Two, when Soviet troops seized them from Japan.

The dispute has prevented the two countries from signing a formal peace treaty.