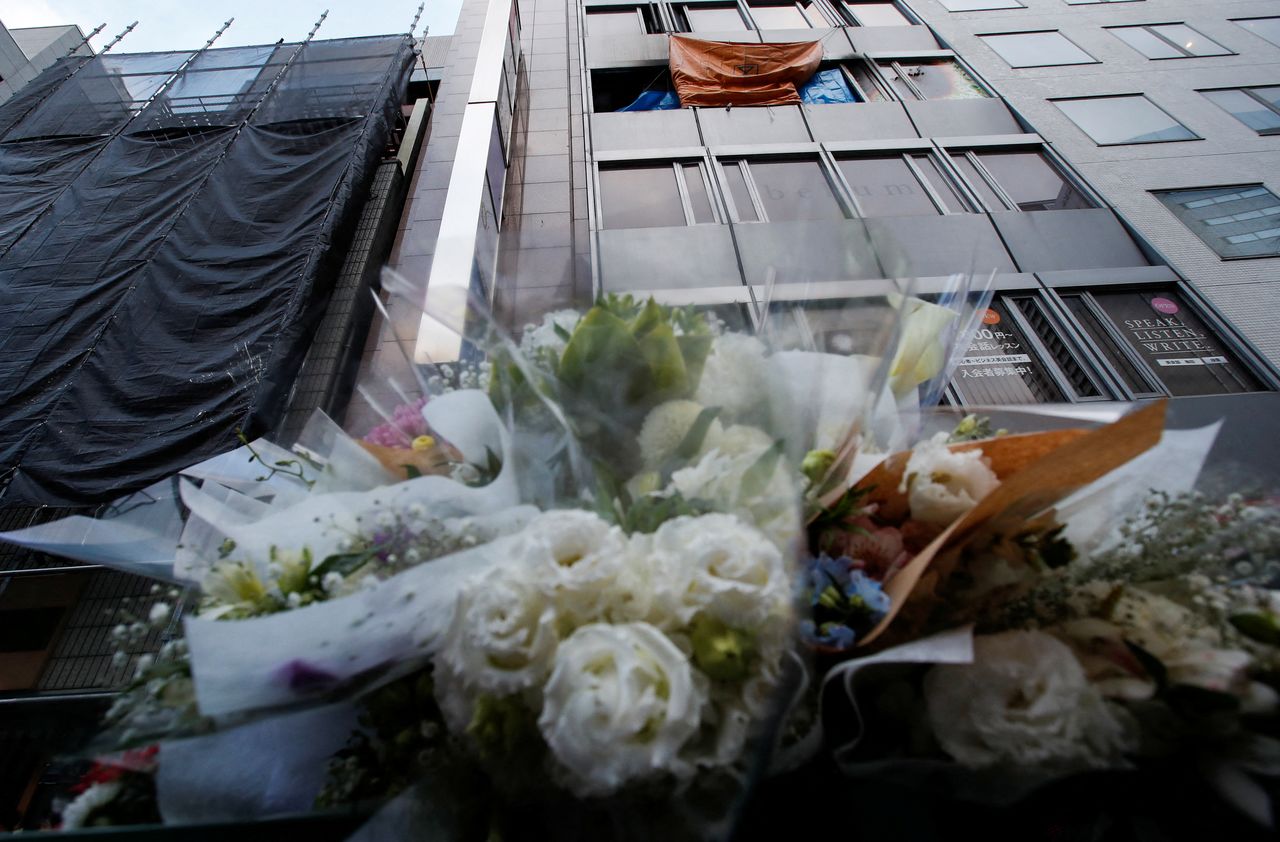 FILE PHOTO: Flowers are placed by the building where a fire broke out, in Osaka, Japan December 18, 2021. REUTERS/Kim Kyung-Hoon

TOKYO (Reuters) - The death toll from a suspected arson attack at a psychiatry clinic in Japan has risen to 25 with the death of a woman believed to be in her 20s, media reported on Tuesday.

A 61-year-old man suspected of starting the fire on Friday in the western city of Osaka and a woman who appeared to be in her 30s were in critical condition, Kyodo news agency said.

Police in Osaka were not immediately available for comment.

Security camera footage from the clinic showed the fire broke out when the suspect carried two bags of liquid in and set it on fire, an Osaka police official said on Monday.

A day before the fire, the door of the clinic's emergency exit was found sealed with adhesive tape from the outside and it was removed, Kyodo said, citing unidentified police sources.

Police suspect the 61-year-old man tried to seal the door with the tape to stop people in the clinic from getting out, Kyodo said.