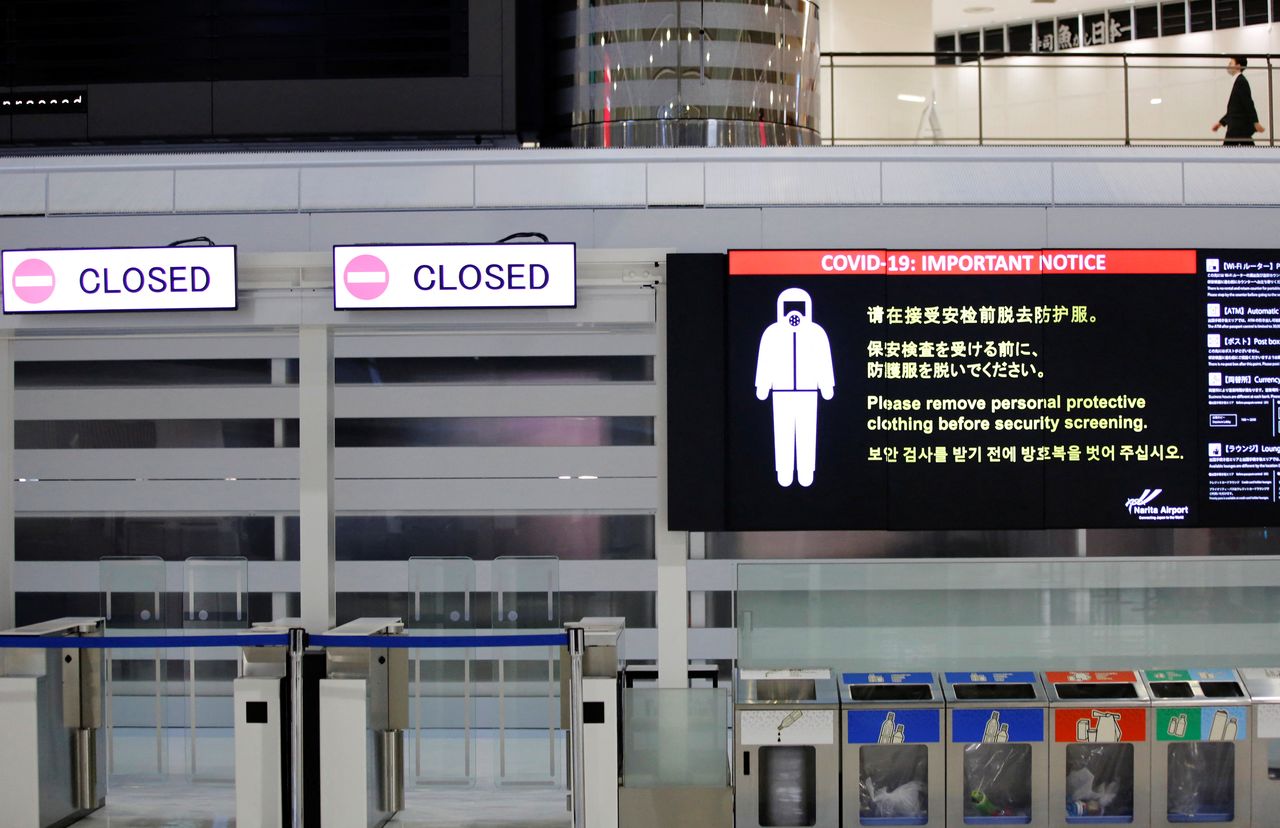 FILE PHOTO: A notice about COVID-19 safety measures is pictured next to closed doors at a departure hall of Narita international airport on the first day of closed borders to prevent the spread of the new coronavirus Omicron variant in Narita, east of Tokyo, Japan, November 30, 2021. REUTERS/Kim Kyung-Hoon

TOKYO (Reuters) - The Japanese government's digital agency apologised on Tuesday for shortcomings in a new COVID-19 vaccine passport application that drew criticism from opposition lawmakers and online users for its inability to handle maiden names.

The smartphone app, downloaded more than 250,000 times since its launch on Monday by Japan's Digital Agency, works only for those who have received the so-called MyNumber identity cards held by about 40% of the population.

But it proved unable to upload data from those using a maiden name or an alias, prompting the apology in a Twitter posting by the agency, which promised to fix the issue in the "near future".

In a letter to the agency, the opposition Constitutional Democratic Party said, "The Digital Agency is severely lacking in perspectives of gender equality in the first place, to have launched it in this way."

The vaccine passport https://www.reuters.com/world/asia-pacific/lack-vaccination-passport-testing-threaten-japans-reopening-2021-10-18 app is part of Japan's plan to re-open the economy and resume travel amid concerns of a rebound in coronavirus infections and new variants.

Its launch by the agency, founded in September with the aim of improving technology in the government, trailed that of many countries and third-party versions rolled out by firms and municipal officials.

Social media users complained about the late debut of the app, and the inability to cope with maiden names revived a long-simmering debate about Japanese laws against married women retaining their surnames.

Chubu University professor Atsuko Tamada was among those who criticised the app on Twitter and what its design revealed about the government's stance on gender equality.

"I think this is a problem from the standpoint of protecting women's rights," Tamada told Reuters.