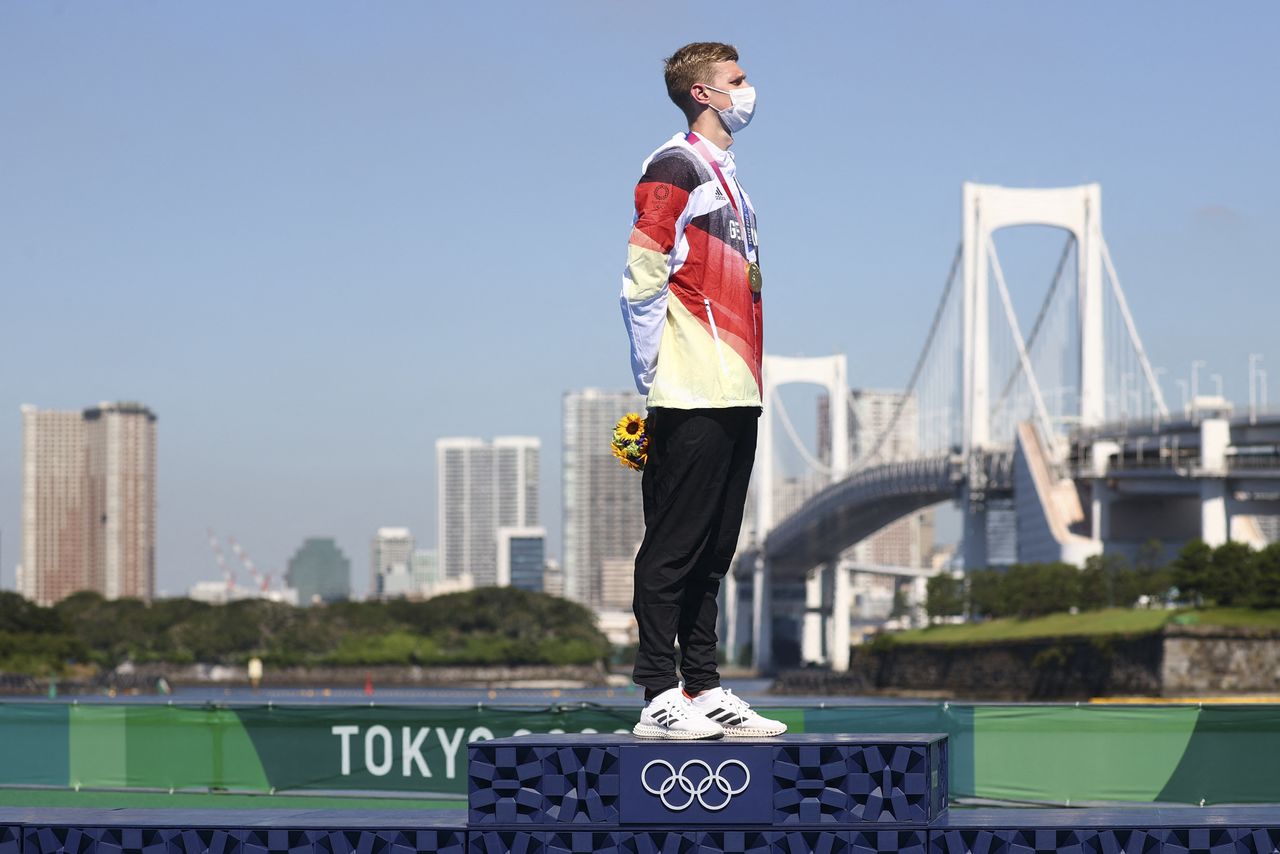 (Reuters) - Germany's Florian Wellbrock set a short course world record in the men's 1,500m freestyle on the final day of the world championships in Abu Dhabi.

"Since I've always preferred long course, earlier this year I did not think of breaking the world record here as honestly I had ridiculous times in short course," Wellbrock said.

"I think my personal best was almost identical with my long course top time.

"Then, I had a really good race in Kazan (at the European short course championships), where I clocked 14:09.88 and from that point I knew anything was possible here."

The German won a bronze medal in the men's 1,500m freestyle in the Tokyo pool this year.

Wellbrock's world record was the fourth of the meet after Margaret MacNeil in the women's 50m backstroke, Siobhan Haughey in the women's 200m freestyle and Sweden's women equalling the Americans' mark in the 4×50m medley relay.

The United States topped the medal charts with nine golds (30 total medals), followed by Canada with seven golds (15) and Italy with five (16).