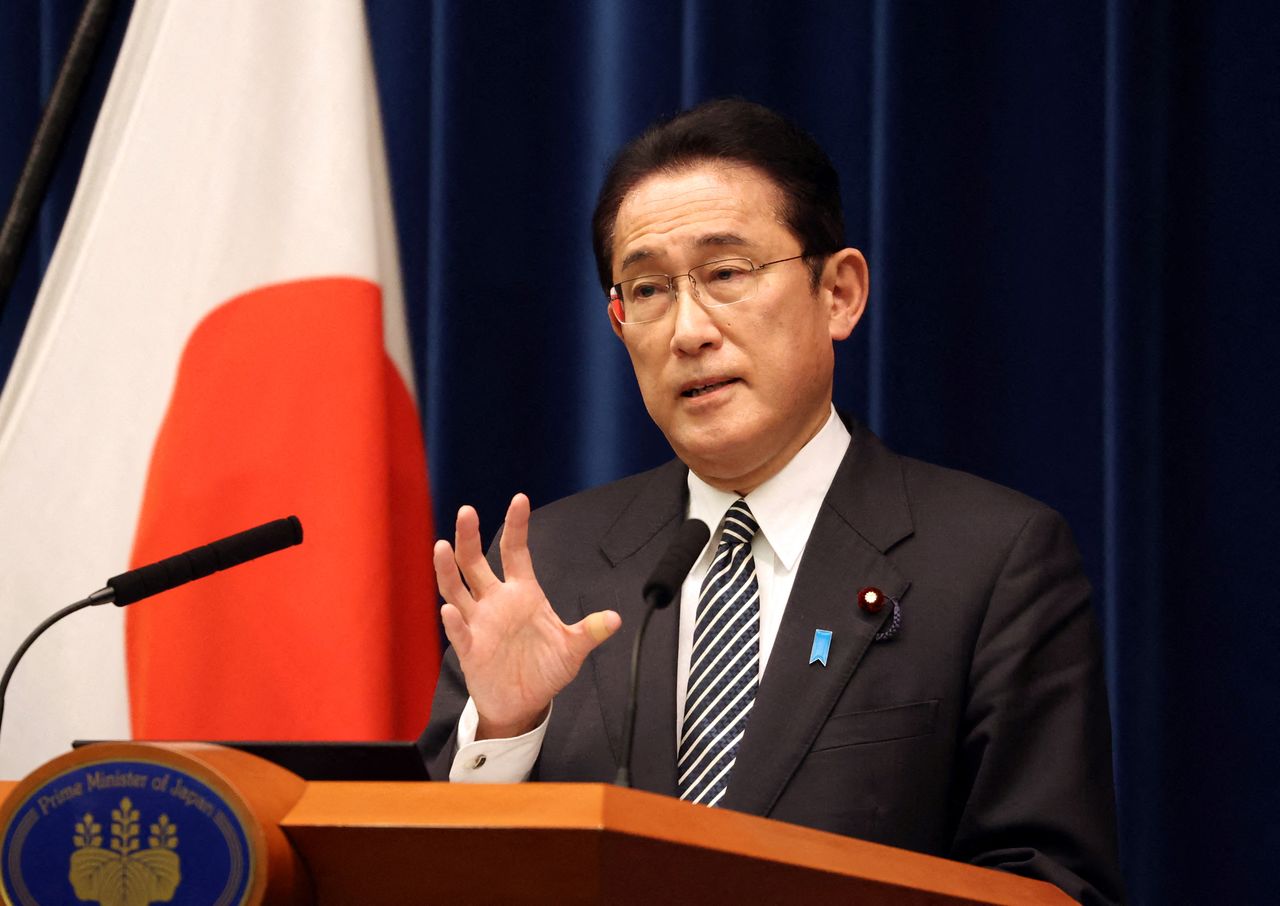 Japanese Prime Minister Fumio Kishida speaks before the media at his official residence as an extraordinary Diet session was closed, in Tokyo, Japan December 21, 2021. Yoshikazu Tsuno/Pool via REUTERS

The budget will reach a record high because of the cost of dealing with the coronavirus pandemic and increased social welfare spending to pay for an ageing population.

The government was set to issue more than 30 trillion yen in deficit-covering bonds to finance the budget for fiscal 2022, starting from April, for the second straight year, the Nikkei said without citing sources.

The spending will include five trillion yen in reserves to pay for pandemic-related emergency costs, it added.

Japan's public debt burden, at more than twice the size of its economy, is the biggest among advanced nations after years of heavy stimulus and ballooning costs due to the burden of paying for its rapidly ageing population.