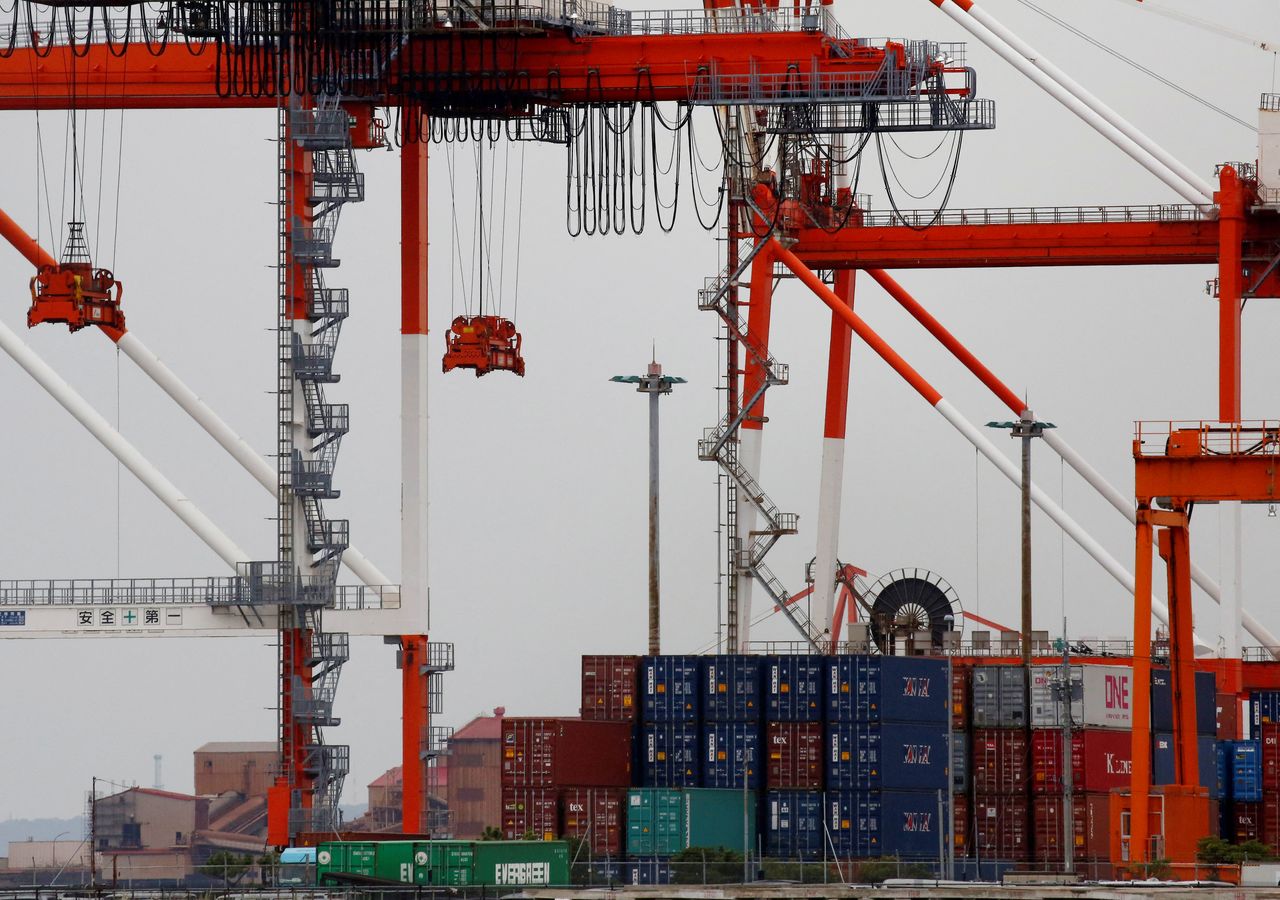 FILE PHOTO: Containers are seen at an industrial port in the Keihin Industrial Zone in Kawasaki, Japan September 12, 2018. REUTERS/Kim Kyung-Hoon

TOKYO (Reuters) - Japan upgraded on Thursday its growth projections for the next fiscal year starting in April, saying it expected gross domestic product (GDP) to hit a record even amid risks from the Omicron variant and supply constraints, Cabinet Office officials said.

The growth projection was raised to 3.2% for fiscal 2022 from a forecast 2.2% real GDP growth seen at a mid-year review in July, helped by a record extra stimulus budget approved by parliament this week.

It would be the fastest growth since fiscal 2010 when the economy grew 3.3% in the aftermath of the global financial crisis. The stimulus spending is expected to push up GDP by 1.5% this fiscal year and 3.6% next fiscal year, the officials said.

But the government sharply downgraded Japan's real GDP estimates to 2.6% in the current fiscal year ending in March from 3.7% previously, as the prolonged COVID-19 pandemic and supply constraints in chip production weigh on the recovery.

Given these factors, the government said the economy's return to pre-pandemic levels will be delayed into the fiscal year-end next March from the previous forecast of by December.

"The economy has shown signs of picking up, so we must ensure the current positive momentum moves to sustainable economic recovery," a Cabinet Office official told reporters.

"We have not yet reached autonomous growth but we're making steady progress to generate a virtuous cycle of growth and wealth distribution."

The revised forecasts were approved by Prime Minister Fumio Kishida's cabinet on Thursday. It will provide the basis for the fiscal 2022 budget to be compiled on Friday.

Japan's economy, the world's third largest, contracted an annualised 3.6% in the July-September quarter following a resurgence of COVID-19 cases, putting a drag on private consumption that makes up more than half of GDP.

Japan has lagged behind other advanced nations in embarking on exiting crisis-mode stimulus, keeping policymakers under pressure to continue aggressive fiscal and monetary stimulus.