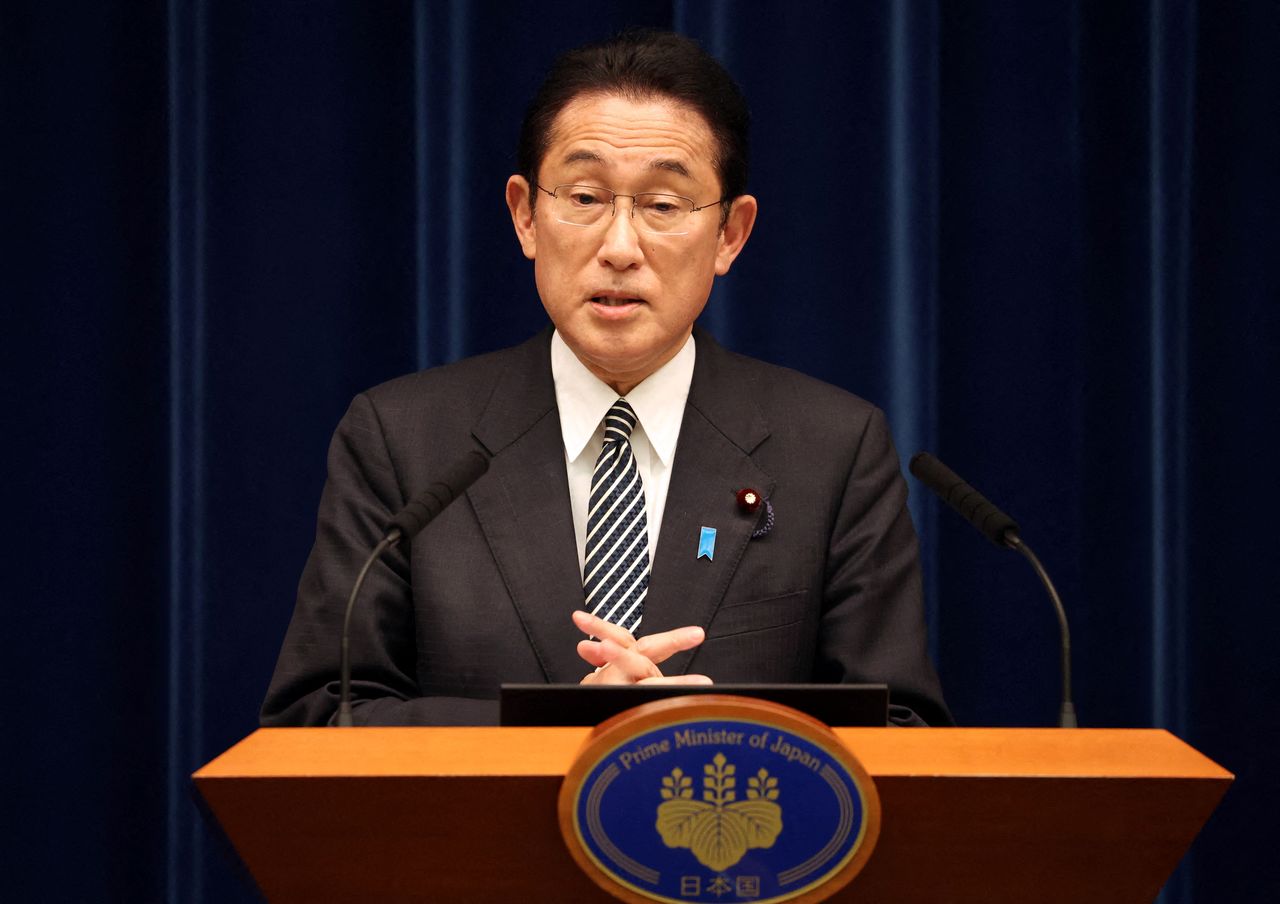 TOKYO (Reuters) -Japan's government hopes the central bank keeps up efforts to achieve an inflation target of 2% and works closely with it on economic policy, Prime Minister Fumio Kishida said on Thursday.

Before becoming prime minister in October, Kishida had warned of the drawbacks of the Bank of Japan's (BOJ) ultra-loose monetary policy, such as the strain prolonged low interest rates inflict on bank profits.

"That's why it's important for the two sides to coordinate and communicate closely together."

Future policy decisions could be swayed by developments in the global economy and the COVID-19 pandemic, he added.

"But for the time being, it's important for the two sides to coordinate policy" based on an understanding outlined in a joint statement of 2013, Kishida said.

The document clarified the role the government and the central bank would play in pulling Japan out of deflation, while specifying the inflation target for the first time.

In November, Japanese policymakers, including the central bank's governor, Haruhiko Kuroda, re-affirmed the commitment made under the joint statement.