Selfridges sold to Thai and Austrian alliance in $5 billion deal 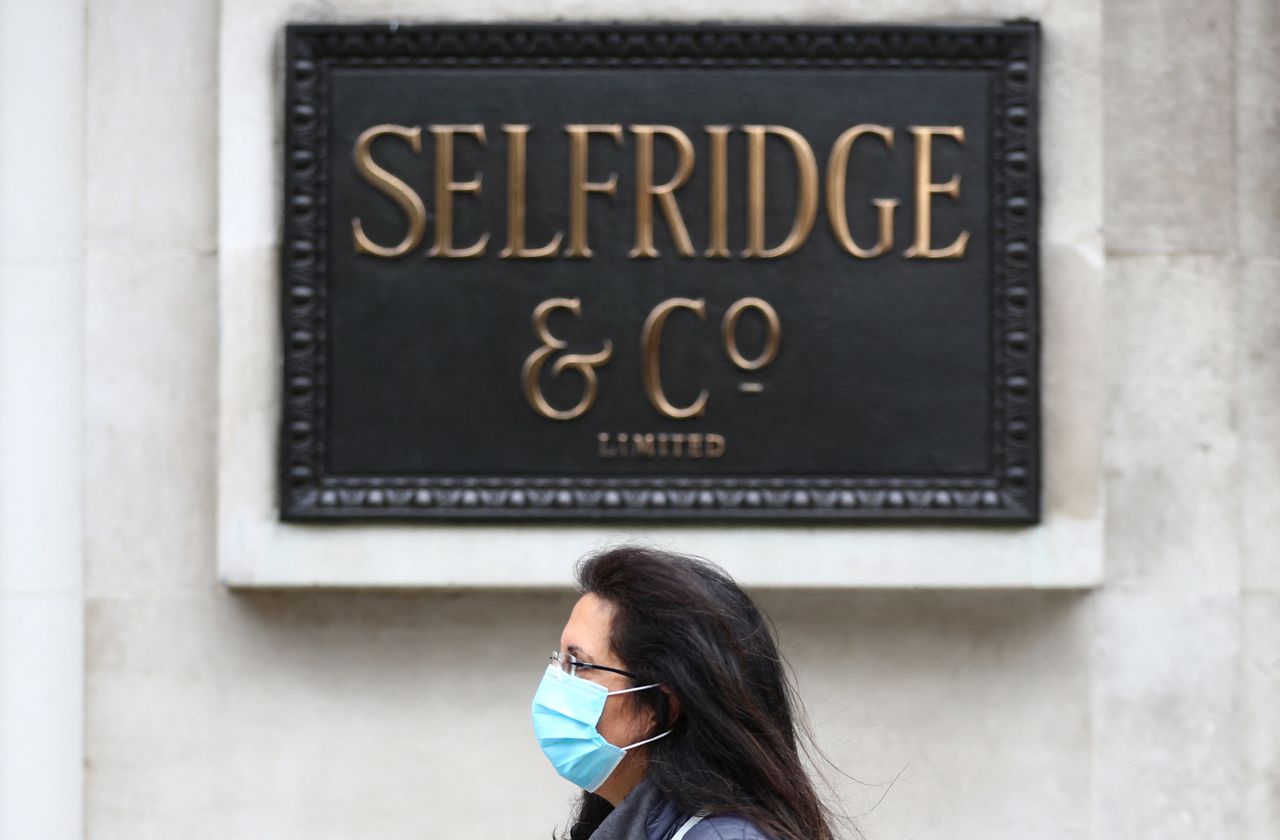 A woman wearing a protective mask walks past a Selfridges store at Oxford Street, amid the coronavirus disease (COVID-19) outbreak, in London, Britain July 28, 2020. REUTERS/Hannah McKay

DUESSELDORF (Reuters) - Luxury British store chain Selfridges is being sold to a Thai retailer and an Austrian property company in a deal that a source close to the matter said was worth around 4 billion pounds ($5.37 billion).

Thailand's Central Group and Austrian real estate company Signa Group, which already jointly own major department stores across Europe, said on Thursday they had struck a deal for the chain best known for its Oxford Street store in London.

The Canadian wing of the billionaire Weston family bought Selfridges for nearly 600 million pounds in 2003.

Founded in 1908, the Selfridges Group employs 10,000 people and owns 25 stores worldwide, including in major cities in England, Ireland, the Netherlands and Canada.

Signa and Central will take over 18 of the 25 stores and hope to build a luxury hotel alongside the Oxford Street flagship, the source said, adding that seven department stores in Canada were not part of the package.

With Selfridges, they hope to build a luxury department store empire, complemented by an online business.

The source said they plan to increase sales to 8 billion euros ($9.1 billion) by 2024 - including more than 1 billion online - from around 5 billion now.

The conglomerate will be managed from a holding company in London, with the potential for an eventual stock exchange listing, although local management of the stores in other countries will remain, the source said.

Central opened its first department store in 1956, growing to become Thailand's largest mall owner with about 2,400 retail stores. It has an e-commerce joint venture with China's JD.com and stakes in Southeast Asia ride-hailer Grab Holdings.

Central has been present in Europe since 2011 when it bought the upmarket Italian department store chain La Rinascente SpA for 205 million euros. In 2013, it also acquired Illum, Denmark’s oldest department store.

In 2015, Central bought a majority stake in three luxury department stores in Germany from Signa. Central and Signa last year together bought Swiss luxury store Globus and other assets for more than 1 billion Swiss francs ($1.1 billion).

Central and Signa have also teamed up with Japanese retail giant Aeon Co to develop an e-commerce platform for one of the fastest growing online sports retail markets in the world.

Benko made a name for himself as a property investor. He bought the iconic Chrysler Building in New York City in partnership with property firm RFR Holding LLC for about $150 million in 2019.