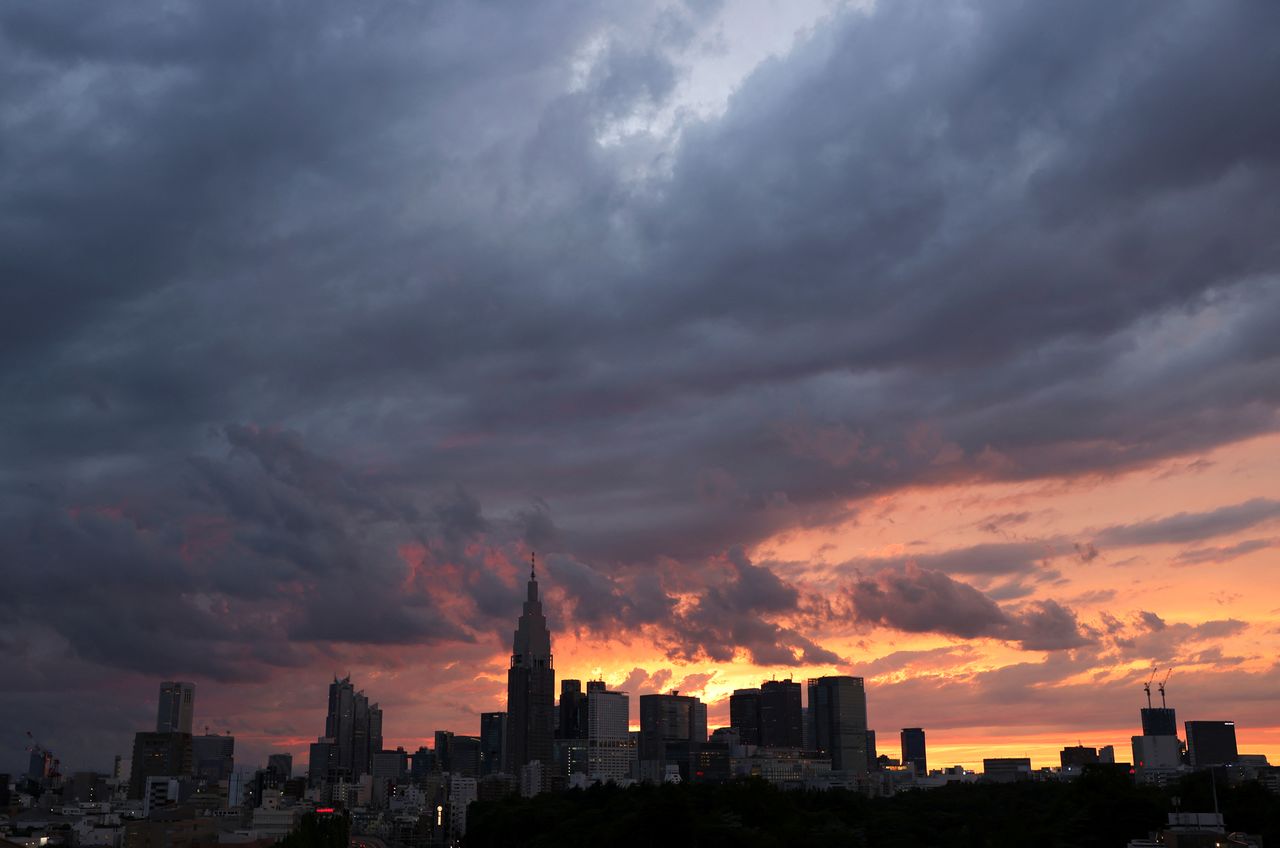 FILE PHOTO: A view of the skyline and buildings at Shinjuku district during sunset in Tokyo, Japan June 20, 2021. REUTERS/Pawel Kopczynski

TOKYO (Reuters) -Japan's cabinet approved on Friday an annual budget of $940 billion that is a record for a tenth straight year, putting priority on the response to battling COVID-19 and the prime minister's aim of growth and wealth distribution.

The budget of 107.6 trillion yen ($941.55 billion) for the fiscal year that starts in April 2022 is Japan's biggest initial spending plan, underscoring a priority of reviving the pandemic-hit economy over returning to long-term fiscal health.

However, when asked if heavy spending to fight the COVID-19 pandemic could force the government to alter its primary balance target, Finance Minister Shunichi Suzuki said, "I don't think so, for now."

Suzuki renewed his pledge to stick to the target, saying it was important to keep up efforts to improve public finances as the cornerstone of Japan's credibility.

Prime Minister Fumio Kishida's first budget, which parliament must approve by the end of the current fiscal year in March, comes days after the body approved 36 trillion yen of record extra stimulus spending to aid the COVID-19 recovery.

"Politicians show no signs of making efforts to repay government debt," said Yasunari Ueno, chief market economist at Mizuho Securities. "The lack of fiscal discipline is the biggest side effect of the BOJ's massive monetary easing."

Public debt in Japan, the world's third-largest economy, is more than twice the size of its $5 trillion economy, the heaviest among industrialised countries.

Kishida has pledged to improve public finances in the long run and the budget foresees new borrowing of 36.9 trillion yen next year, less than this year's initial plan of 43.6 trillion.

Lower borrowing will be replaced with higher tax revenues, seen rising for the first time in two years to a record 65.2 trillion yen as COVID-19 curbs on economic activity ease.

The government estimates real economic growth of 3.2% in the next fiscal year, up from a prior estimate of 2.2%. The estimates form the basis for the budget plan.

But with debt still accounting for 34.3% of the budget, it will be tough to achieve a primary budget surplus by fiscal year 2025/26 as the government aims to do.

The primary budget deficit, which excludes new bond sales and debt servicing, is seen at 13 trillion yen in the next fiscal year, higher than an estimate of 20 trillion for this year, but still off from the government's target.