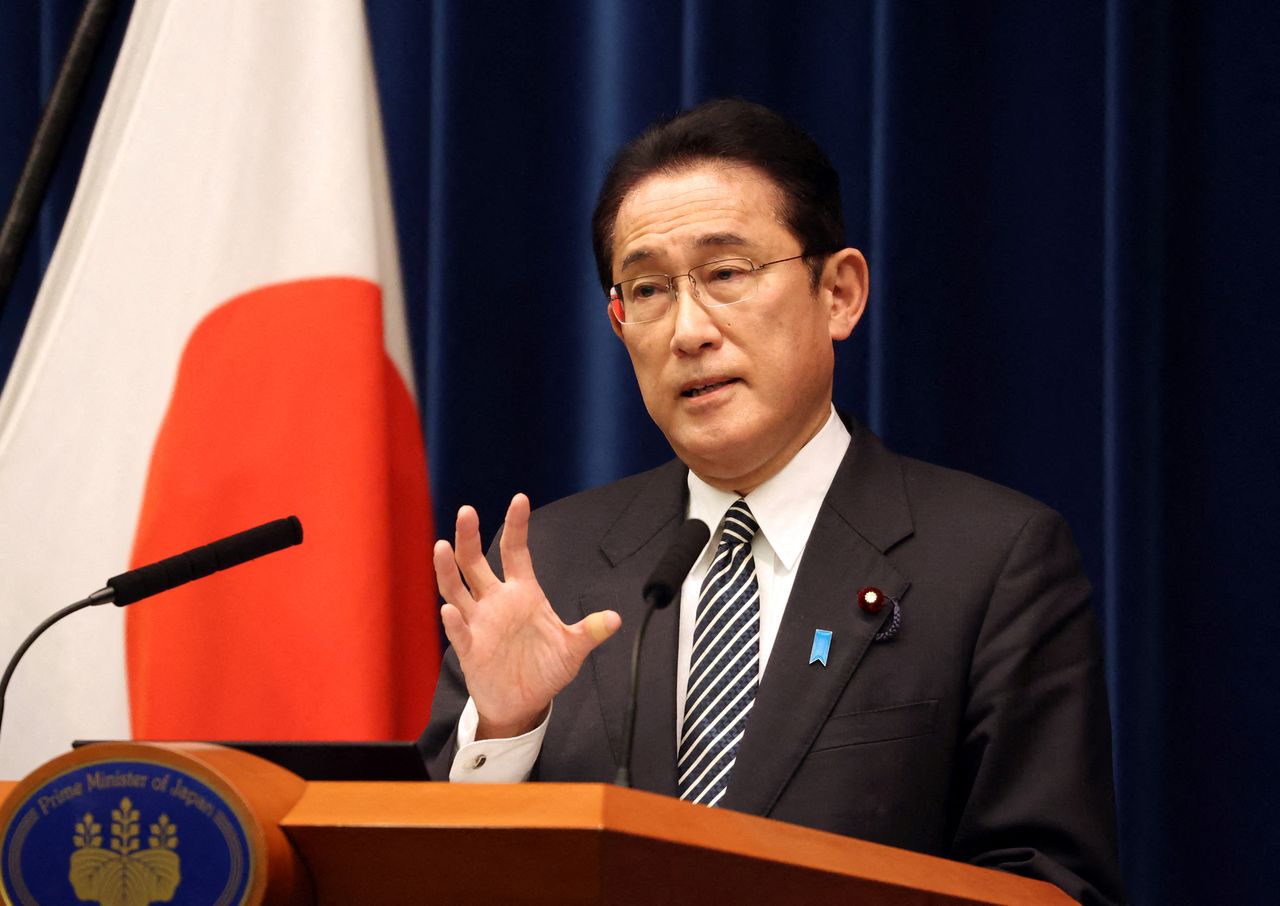 Japanese Prime Minister Fumio Kishida speaks before the media at his official residence as an extraordinary Diet session was closed, in Tokyo, Japan December 21, 2021. Yoshikazu Tsuno/Pool via REUTERS

The budget for the fiscal year starting April 1 will rise 1.1% to 5.4 trillion yen ($47.18 billion), still less than a quarter of China's military budget this year according to official Beijing data.

The higher spending plan follows a meeting in April between U.S. President Joe Biden and Japan's then-premier Yoshihide Suga, in which Suga pledged to strengthen his country's defence capability in light of a more challenging regional security environment.

Tensions over Chinese-claimed Taiwan have risen as President Xi Jinping seeks to assert his country's sovereignty claims on the island. Taiwan's government says it wants peace, but will defend itself if needed.

Shinzo Abe, Japan's prime minister before Suga who remains an influential figure in the ruling Liberal Democratic Party, said this month that any emergency over Taiwan would mean an emergency for Japan, as well as for its security alliance with the United States.

Big-ticket items in the draft budget include 128 billion yen for 12 Lockheed Martin Corp F-35 stealth fighters, four of which will be short take-off and vertical landing variants operating off converted helicopter carriers.

The defence ministry is also setting aside 86 billion yen in next year's budget to develop its first new domestic jet fighter in three decades. The project, expected to be completed in the 2030s, is being led by Mitsubishi Heavy Industries Ltd.

The ministry is also earmarking 34 billion yen to strengthen defences against cyber attacks, and 79 billion yen for space-related projects, such as satellites and lasers to track targets beyond the atmosphere.