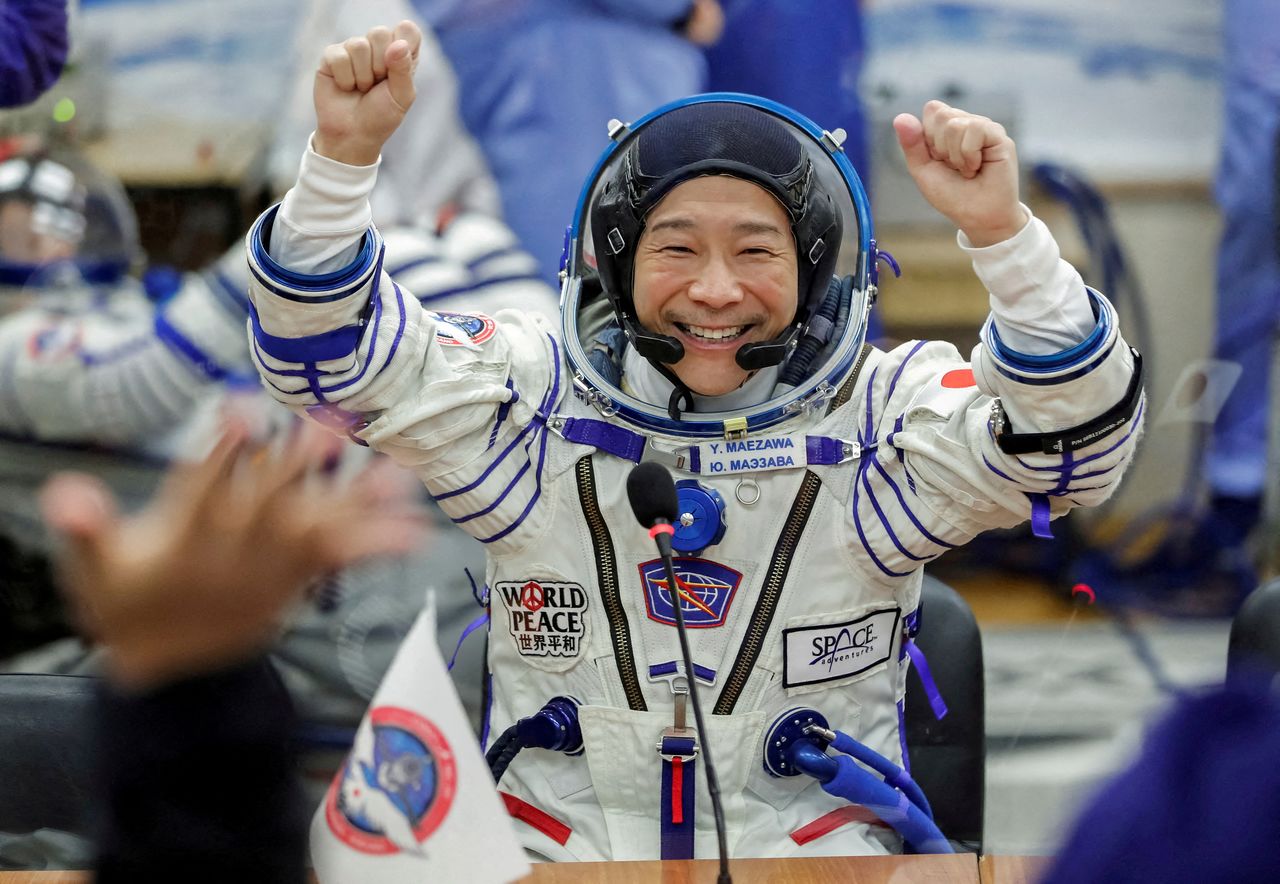 FILE PHOTO: Japanese entrepreneur Yusaku Maezawa reacts as he speaks with his family after donning space suits shortly before the launch to the International Space Station (ISS) at the Baikonur Cosmodrome, Kazakhstan, December 8, 2021. REUTERS/Shamil Zhumatov

TOKYO (Reuters) - Japan revised the schedule of its space exploration plans on Tuesday, aiming to put a Japanese person on the moon by the latter half of the 2020s.

"Not only is space a frontier that gives people hopes and dreams but it also provides a crucial foundation to our economic society with respect to our economic security," Prime Minister Fumio Kishida told a meeting to finalise the plan.

According to the draft schedule of the plan, Japan aims to put the first non-American on the moon as part of the Artemis programme, a U.S.-led initiative that aims to return astronauts to the moon.

The plan also spells out Japan's aspirations to launch a probe to explore Mars in 2024, as well as to find ways to generate solar electricity in space.

Neigbouring China also aims to become a major spacefaring power by 2030, and it too plans to put astronauts on the moon, raising the prospect of an Asian space race.

In May, China became the second country to put a rover on Mars, two years after landing the first spacecraft on the far side of the moon.

Japan's announcement of its space exploration targets comes a week after Japanese billionaire Yusaku Maezawa returned to earth after spending 12 days aboard the International Space Station, becoming the first space tourist to travel to the ISS in more than a decade.