By Crispian Balmer and Alexandra Alper

ROME/WASHINGTON (Reuters) - Global COVID-19 infections hit a record high over the past seven-day period, Reuters data showed on Wednesday, as the Omicron variant raced out of control and governments tried to contain its spread without paralysing fragile economies.

Almost 900,000 cases were detected on average each day worldwide between Dec. 22 and 28. A number of countries posted all-time highs during the previous 24 hours, including Argentina, Australia, Bolivia, the United States and many nations in Europe.

Studies have suggested Omicron is less deadly than some previous variants. But the sheer number of people testing positive could overwhelm hospitals in some countries and leave e businesses struggling to carry on without workers who government officials have ordered to quarantine.

Researchers in South Africa found that a key part of the immune system's second-line defense - its T cells - are highly effective at recognizing and attacking the Omicron variant, preventing most infections from progressing to critical illness.

Political leaders in some nations, fearful of the economic impact of keeping so many workers at home, were considering shortening the period required for isolation after a positive COVID test or exposure.

Spain said on Wednesday it was reducing the quarantine period to seven days from 10, while Italy said it was planning to relax isolation rules for those who came into close contact with sufferers of the virus.

Earlier this week U.S. health authorities released new guidance shortening the isolation period for people with a confirmed infection to five days from 10, so long as they are asymptomatic.

"I am highly concerned that Omicron, being highly transmissible and spreading at the same time as Delta, is leading to a tsunami of cases," WHO Director-General Tedros Adhanom Ghebreyesus told a news briefing.

French Health Minister Olivier Veran told lawmakers France was seeing a "dizzying" rise in cases, with 208,000 reported in the space of 24 hours - a national and European record.

Britain, Italy, Spain, Portugal, Greece, Cyprus and Malta all registered record numbers of new cases on Tuesday, while the seven-day average number of new daily cases in the United States hit a record 258,312, according to a Reuters tally on Wednesday. The previous peak was 250,141, registered last January.

Despite the surge in coronavirus infections, deaths and hospitalizations are comparatively low, Rochelle Walensky, the director of the U.S. Centers for Disease Control and Prevention, said on Wednesday.

While the current seven-day daily average of cases is about 240,400, up 60% over the previous week, the hospitalization rate for the same period is up just 14% to about 9,000 per day over the same period. Deaths were down about 7% to 1,100 per day, Walensky added.

Some experts questioned the new CDC rules that halve the isolation period for asymptomatic coronavirus infections, saying more infections could result. The new directive does not require testing to confirm that a person is no longer infectious before they go back to work or socialize.

"They were trying to strike a balance: How do we do good public health principles at the time we don't have to get to the point where you're forced to essentially shut the country down," Anthony Fauci, the U.S. government's top infectious disease official, told MSNBC in explaining the CDC's new guidance.

British Prime Minister Boris Johnson has said he will not issue new restrictions this year to limit the spread of Omicron, which now accounts for roughly 90% of all community infections, according to health officials.

Governments are increasingly worried by the economic impact of huge numbers of people being forced into isolation because they had been in contact with a coronavirus sufferer.

"We just can't have everybody just being taken out of circulation because they just happen to be at a particular place at a particular time," Australian Prime Minister Scott Morrison told reporters.

Morrison wants to make urgent changes to COVID-19 testing rules to ease pressure on testing sites. He said Australia needed "a gear change" to manage overburdened laboratories and get people out of isolation.

While Spain and Italy moved to relax some isolation rules, China stuck to its policy of zero tolerance, keeping 13 million people in Xian, capital of central Shaanxi province, under rigid lockdown for a seventh day as 151 new cases were reported on Tuesday, albeit none with Omicron so far.

"I just want to go home," said a 32-year-old mechanic who was in the city on business last week when it was effectively shut off from the outside world. 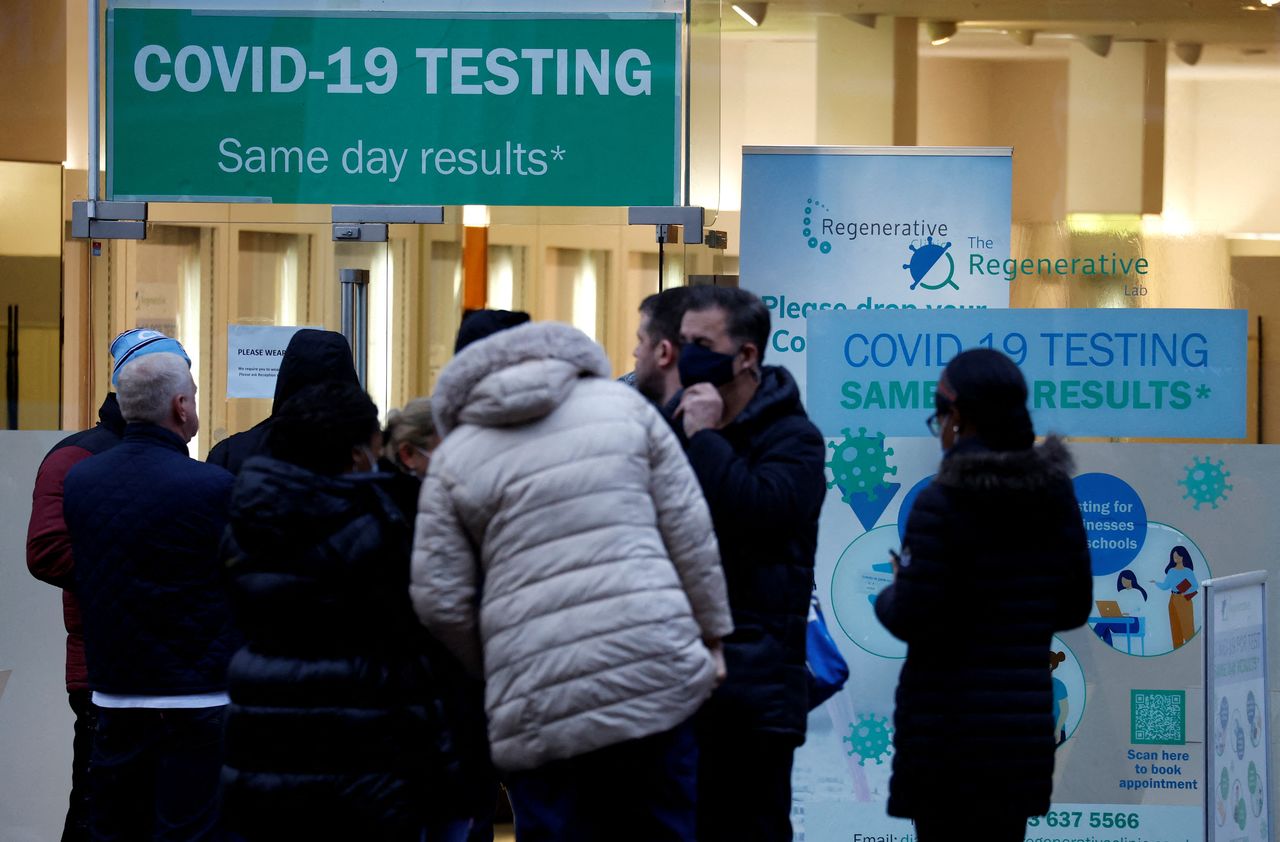 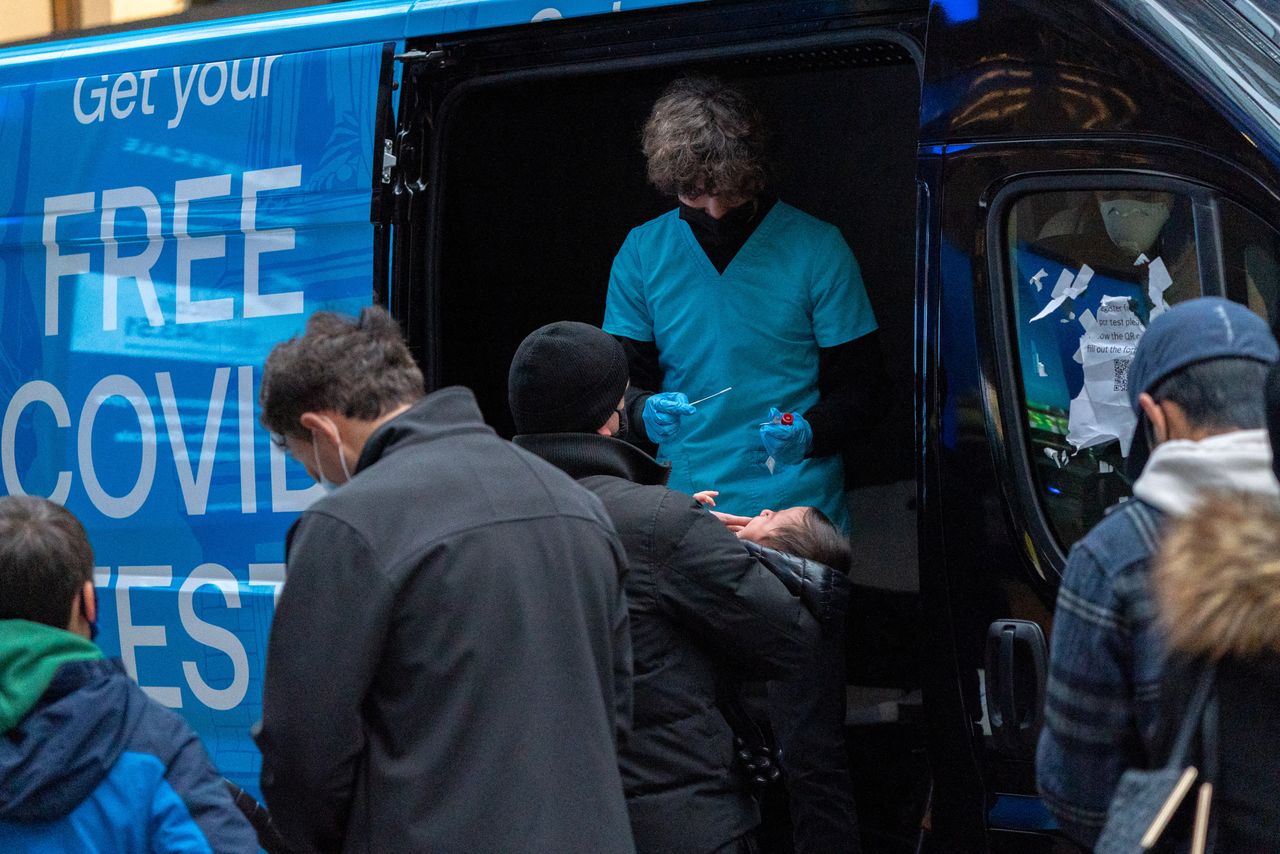 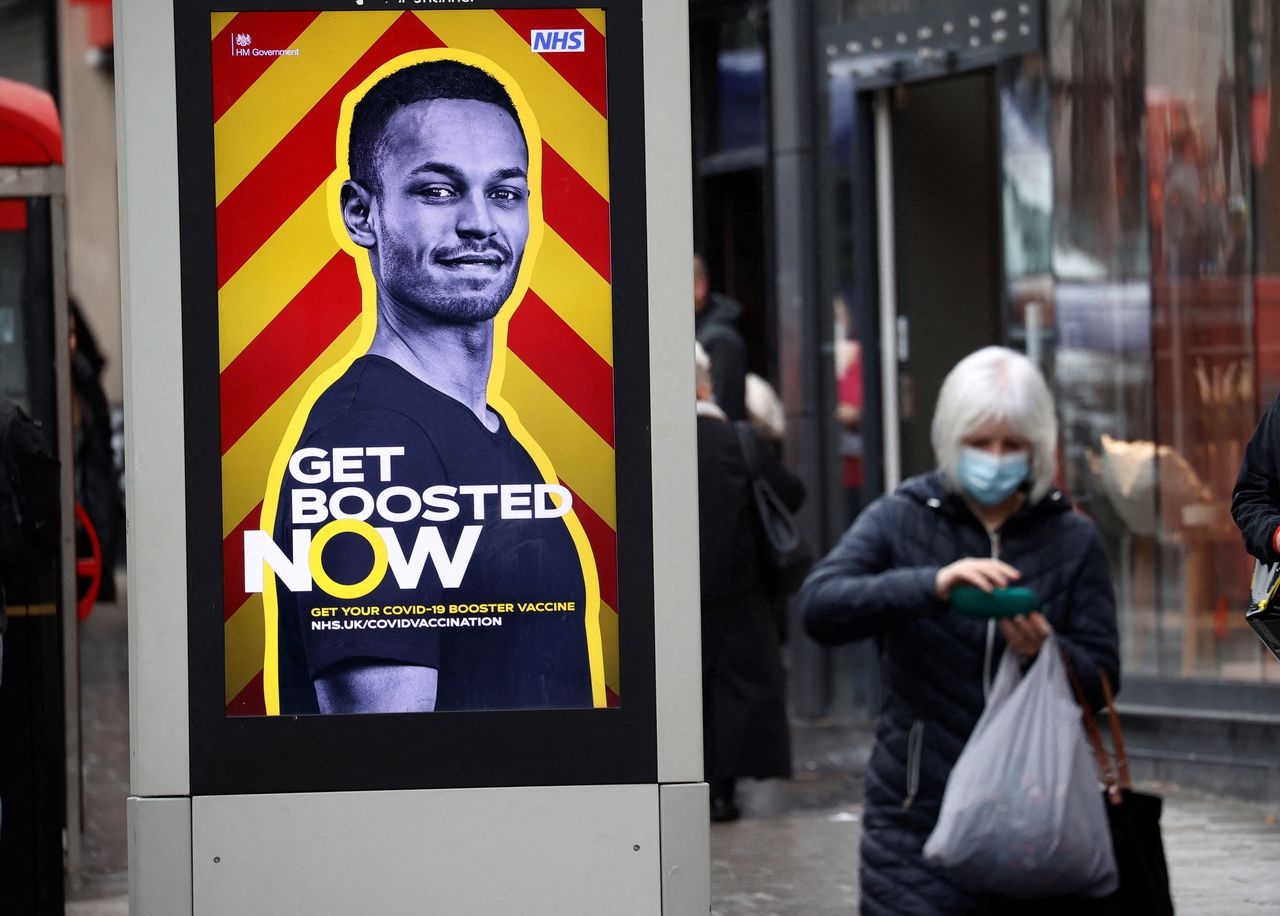 A woman walks past an advertising board encouraging people to get their booster vaccination, amid the coronavirus disease (COVID-19) outbreak in Liverpool, Britain, December 29, 2021. REUTERS/Phil Noble 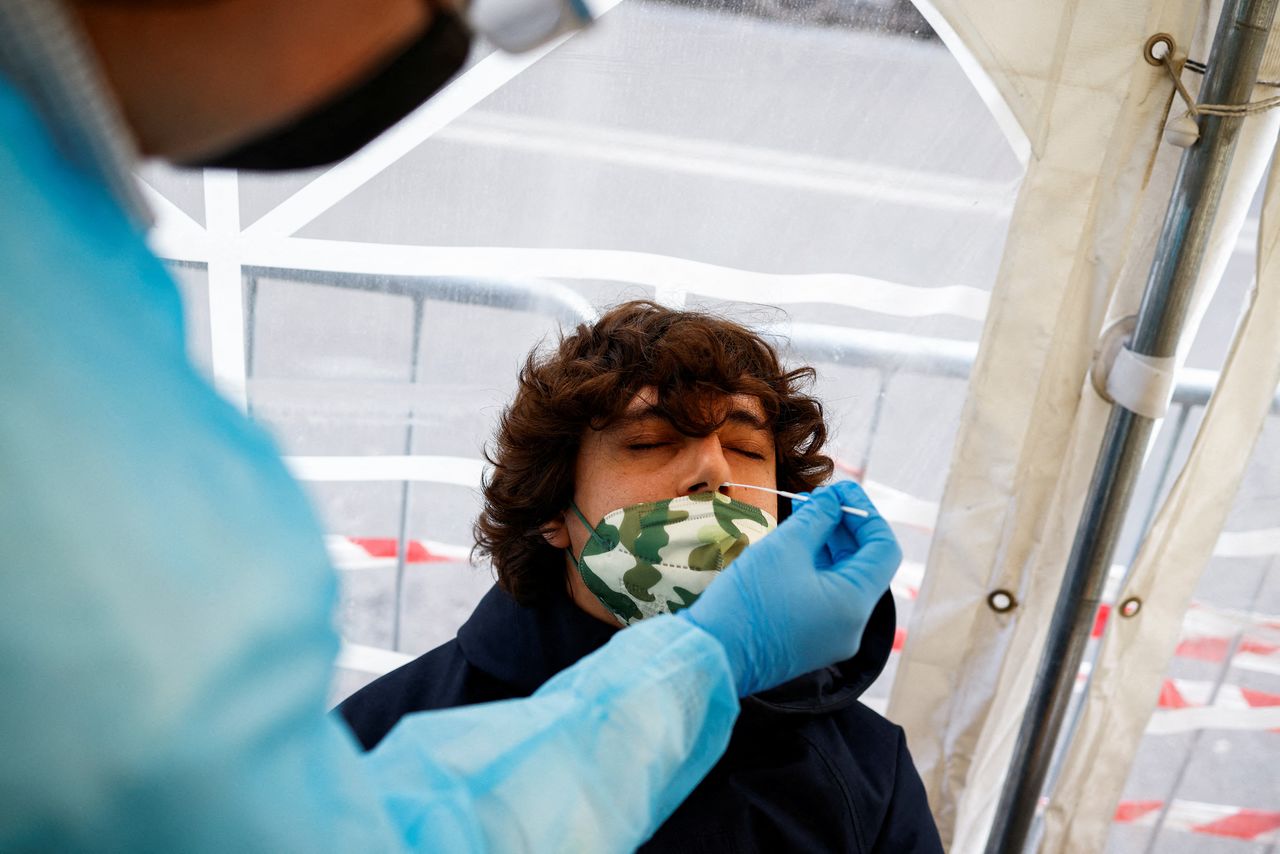 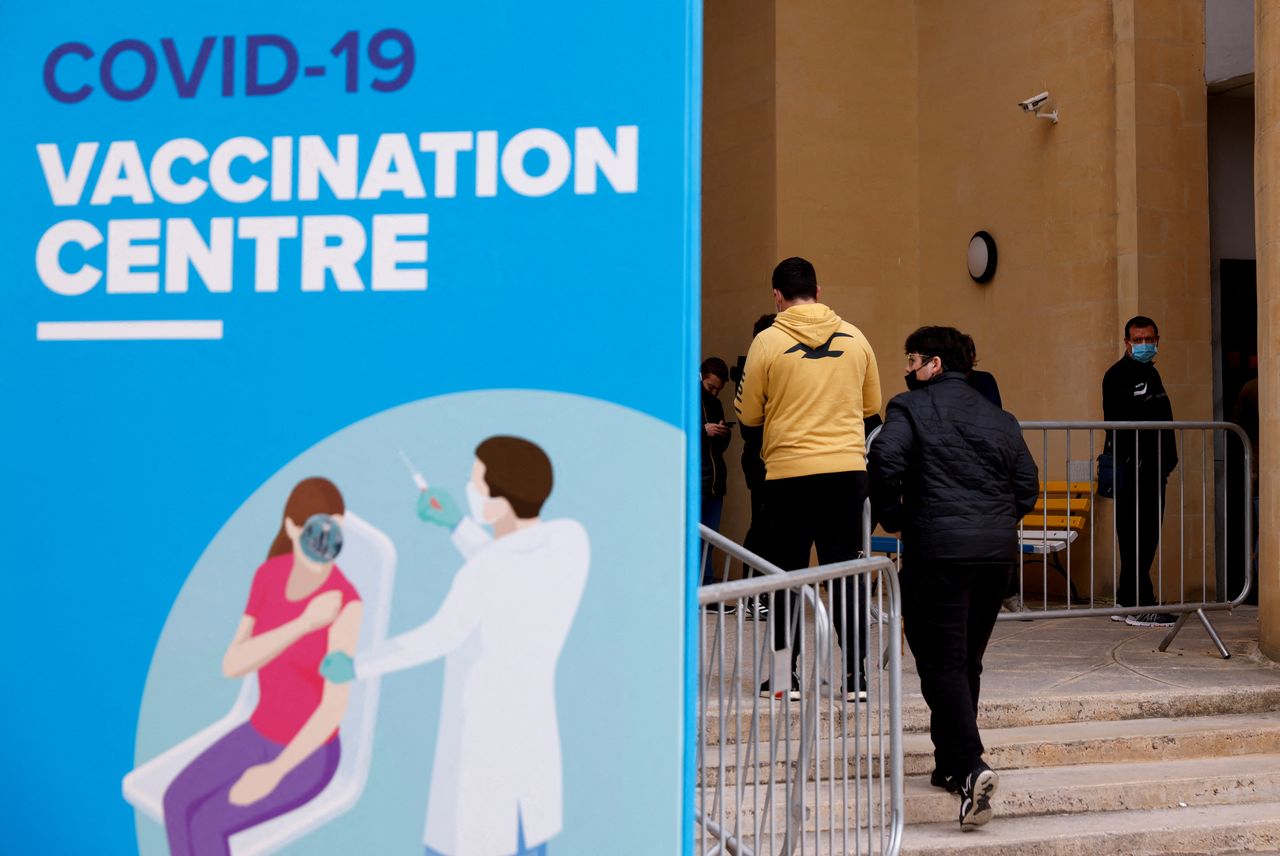 People wearing protective masks queue for booster injections of a coronavirus disease (COVID-19) vaccine as the pandemic continues, at a vaccination centre at the University of Malta in Tal-Qroqq, Malta December 29, 2021. REUTERS/Darrin Zammit Lupi