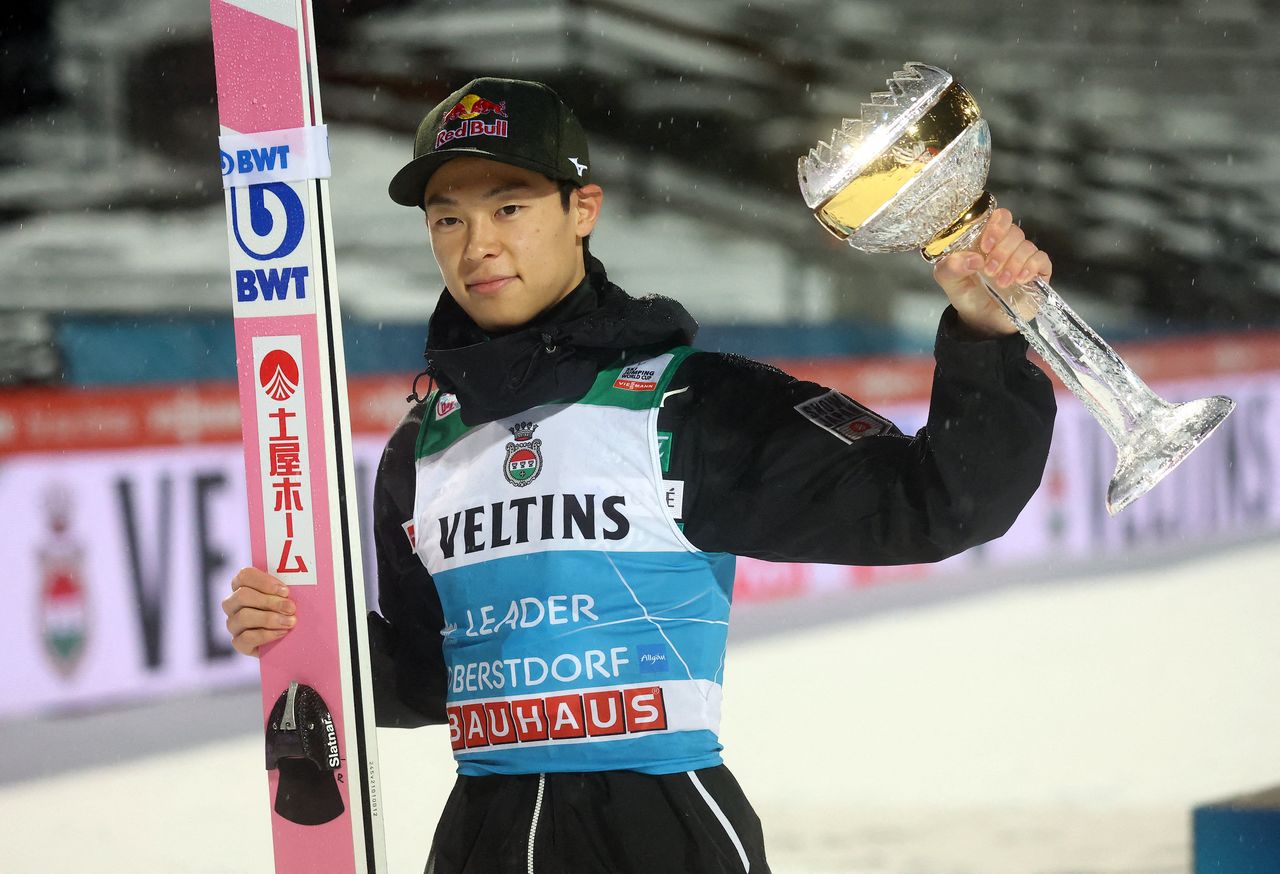 (Reuters) - Japan's Ryoyu Kobayashi ramped up his preparations for next year's Beijing Winter Olympics by winning the first leg of the Four Hills ski jumping tournament in Oberstdorf, Germany.

It was Kobayashi's fourth World Cup victory of the season after wins in Engelberg, Klingenthal and Ruka.

"I don't feel any pressure regarding the next competitions or the overall ranking of the Four Hills tournament", Kobayashi said.

"The conditions were okay, my jump could have been better, but it was okay," Geiger said. "I felt the pressure before the competition, even though I didn't want to, but considering all of this it was a good competition."

The Beijing Olympics begin on Feb. 4.