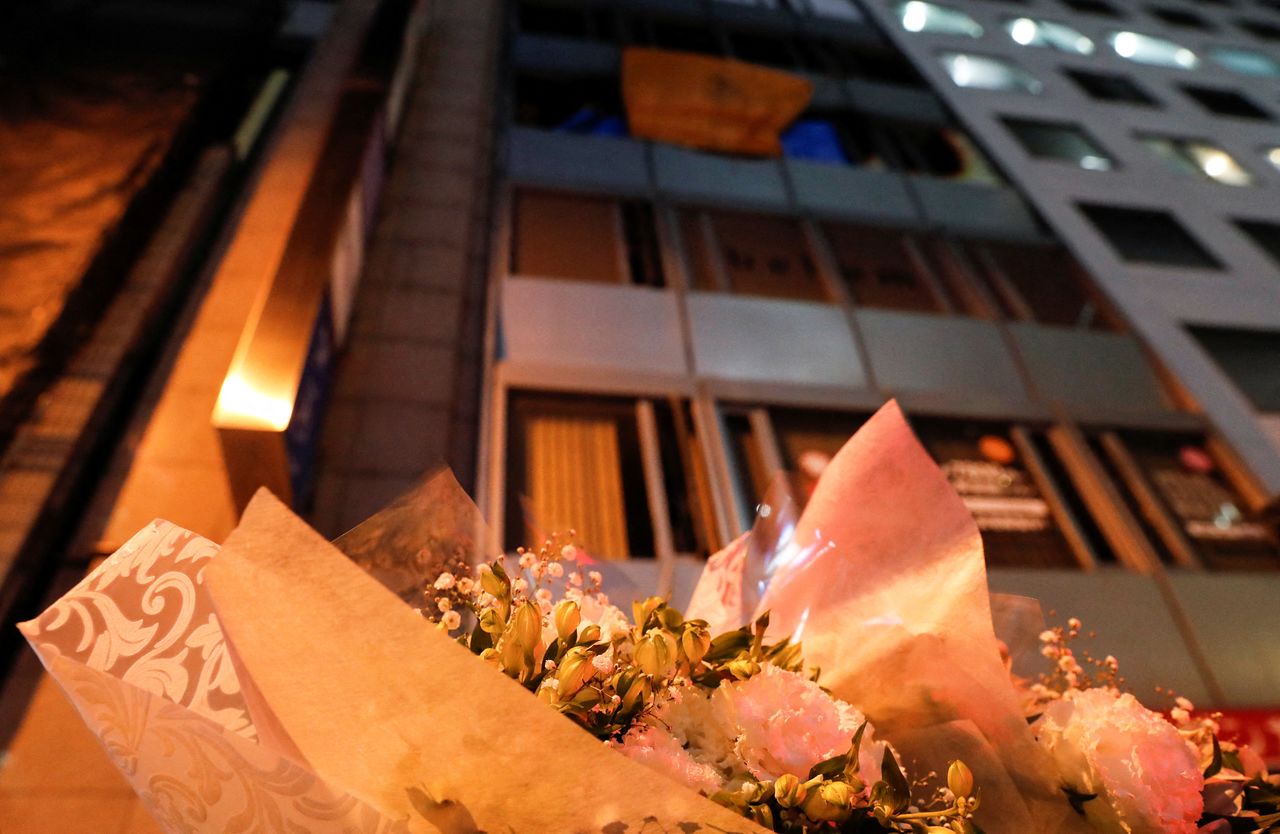 FILE PHOTO: Flowers are laid down for victims in front of a building where a fire broke out in Osaka, Japan December 17, 2021. REUTERS/Kim Kyung-Hoon

TOKYO (Reuters) -A 61-year-old man suspected of setting fire to a psychiatry clinic that killed 25 people in the Japanese city of Osaka this month died in hospital on Thursday, public broadcaster NHK said.

The man, identified as Morio Tanimoto by NHK and other Japanese media, had been in critical condition due to carbon monoxide inhalation from the fire.

Security camera footage from the clinic showed the fire broke out when Tanimoto carried two bags of liquid into building and set the liquid on fire, police have said.

Tanimoto was a patient at the clinic, local media have said. Among those who died was the doctor who ran the facility, Kotaro Nishizawa, who has been praised for his support of mental health.

The clinic, on the fourth floor of a commercial building in a busy area near a train station, treated patients for depression and panic disorder, with a focus on helping them return to work.

The fire was Japan's deadliest since a 2019 arson attack on an animation studio in the city of Kyoto killed 36 people and injured dozens.

(Reporting by David DolanEditing by Toby Chopra and Peter Graff)