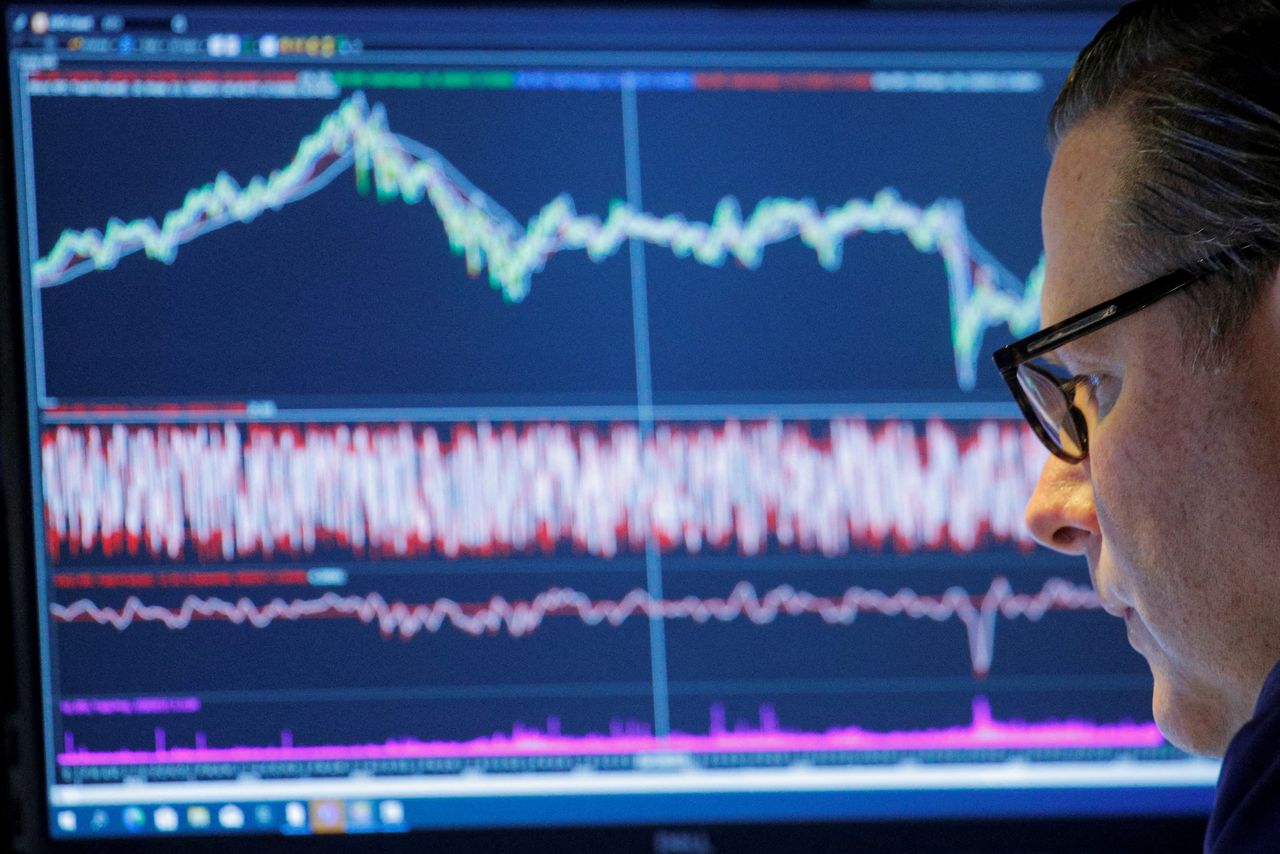 FILE PHOTO: A trader works inside a booth on the floor of the New York Stock Exchange (NYSE) in New York City, U.S., November 8, 2021. REUTERS/Brendan McDermid

By Katanga Johnson and Tommy Wilkes

WASHINGTON/LONDON (Reuters) - Equities around the globe traded little changed on Thursday as oil prices fell and the U.S. dollar dipped against most major currencies although it has had its best year since 2015 with a 6.7% rise.

With several markets in Asia and Europe closed on Friday, trading volumes were thin and most markets directionless.

Analysts say the U.S. economy has proven resilient in the face of pandemic-related challenges, and many expect the global economy will still expand at a well-above-trend pace.

After initially tumbling in December, world stocks recovered over the holiday period as investors became reassured economies could handle the surge in Omicron coronavirus cases, and are heading back toward record highs.

"As far as COVID is concerned, for now, market participants may stay willing to add to their risk exposures, and perhaps push equity indices to new highs, as several nations around the globe held off from imposing fresh lockdowns, despite record infections around the globe the last few days," said Charalambos Pissouros, head of research at Cyprus-based brokerage JFD Group.

Investors have held onto expectations for resilience in the global recovery into 2022 and the prospect of further gains if money remains cheap and corporate profitability high.

This year's "everything rally" has seen a wall of cheap central bank cash, government stimulus and strong economic rebounds out of the pandemic make it hard not to profit from soaring asset prices.

Commodity prices have enjoyed a strong year too, with supply often falling short of a jump in demand as economies reopened.

But both Brent and WTI are up more than 50% in 2021, spurred by the global economic recovery and producer restraint.

Global oil prices are expected to rise further next year as jet fuel demand catches up.

China's factory activity unexpectedly accelerated in December, but only by a slim margin, an official survey showed, with analysts foreseeing more economic headwinds in the near term.

Chinese shares, one of the few Asian markets open on Friday, closed higher, ending a tough year on a high. The blue-chip CSI300 index has lost 5.2% this year, its worst annual performance in three years.

The euro, which has dropped 7.4% this year as investors bet the European Central Bank would be slower to end pandemic-era stimulus than rival central banks, rose 0.1% to hold above $1.13.

The British pound remains down for the year against the dollar but looks set for its best year since 2014 versus the euro. On Friday it rose to as high as 83.69 pence, its strongest since February 2020.

Elsewhere in currency markets, Turkey's lira - by far the biggest currency loser in 2021 - fell for a fifth straight day.

This week's falls have eroded the big gains the lira made a week earlier. Investors are concerned about the country's unorthodox monetary policy and rising inflation, and fear President Tayyip Erdogan's plan to defend lira deposits unveiled this month will not work.

(Reporting by Katanga Johnson in Washington and Tommy Wilkes in London; editing by Jason Neely and Chris Reese)