Tennis-'Here I am' - Nadal reaches Melbourne ahead of Australian Open 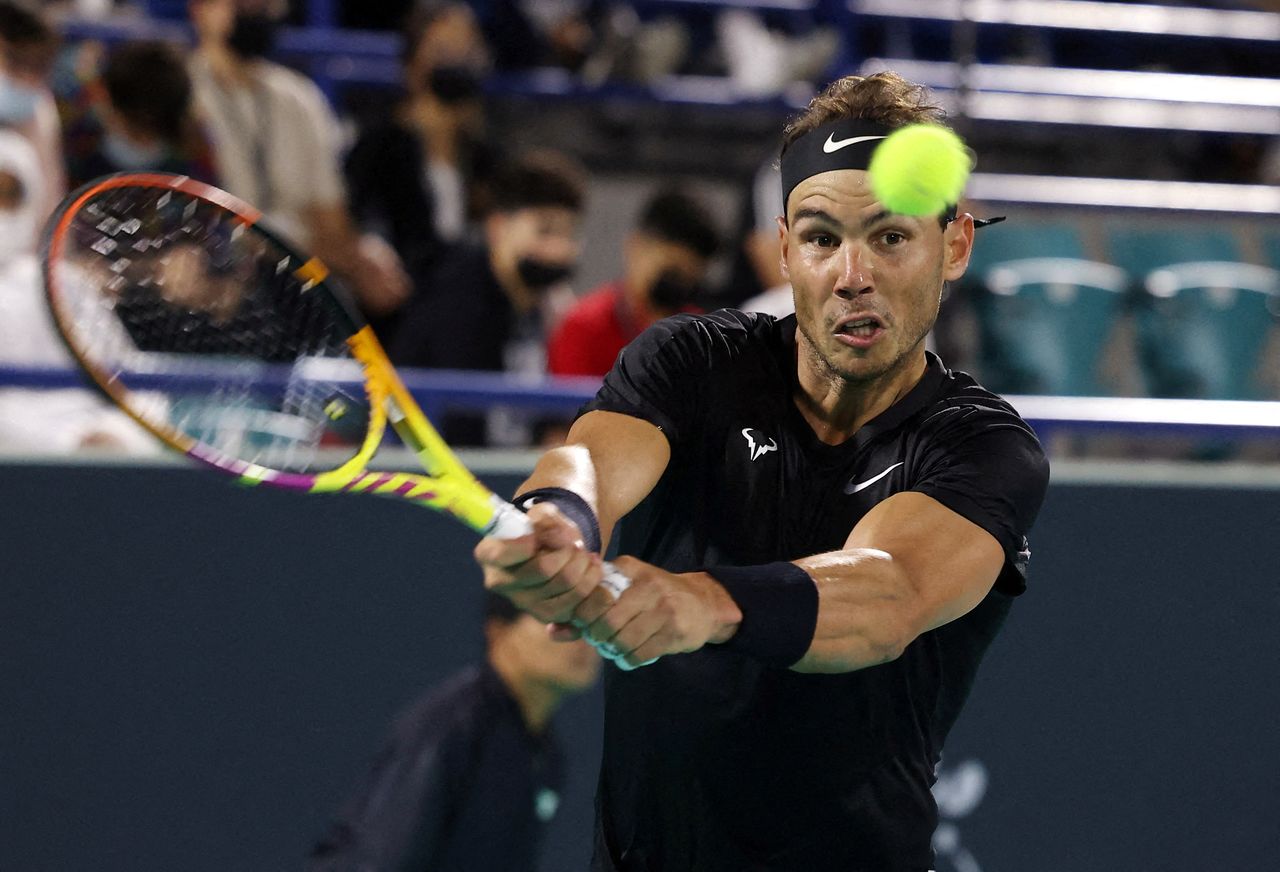 MELBOURNE (Reuters) - Rafa Nadal confirmed his bid for a record 21st Grand Slam title on Friday by posting a picture of himself at Melbourne Park on social media and allaying fears that he could miss next month's Australian Open.

Nadal caught the novel coronavirus while playing in an exhibition tournament in Abu Dhabi this month and said he would make a decision nL1N2T50ML on his future tournaments depending on his "evolution" over the weeks ahead.

"Don't tell anyone ... here I am," Nadal, who is tied on a men's record 20 major titles with Novak Djokovic and Roger Federer, said in a Twitter post showing him standing on the Rod Laver Arena court.

Nadal, 35, played in Abu Dhabi after spending four months on the sidelines with a long-term foot problem. He was knocked out at Roland Garros in the French Open semi-finals and was forced to pull out of Wimbledon, the Tokyo Olympics and the U.S. Open.

The positive COVID-19 test cast further doubt on whether the Spaniard would play at the Australian Open -- a tournament where he has won once and been runner-up four times.

Nadal will be expected to kick off his preparations for the Grand Slam by returning to the tour for the first time since August at the ATP 250 event in Melbourne from Tuesday.

His arrival will be a boost for the organisers of the Australian Open, which has been ravaged by injuries with Federer, Stan Wawrinka, Dominic Thiem, Serena Williams and Bianca Andreescu all missing.

While Nadal ended the speculation surrounding his participation, local media in Australia reported that Venus Williams has joined sister Serena in skipping the hardcourt Grand Slam.

Seven-time major winner Venus would have required a wild card into the main draw but has decided against travelling to Melbourne, according to News Corp.

There was still uncertainty if Serbia's world number one Novak Djokovic will play at the Australian Open, where the 34-year-old has won a record nine titles including the last three.

Speculation over Djokovic's participation was heightened after he pulled out nL1N2TE0CF of the Serbia team for the ATP Cup in Sydney which starts on Saturday.

(Reporting by Sudipto Ganguly in Mumbai; Editing by Ken Ferris)