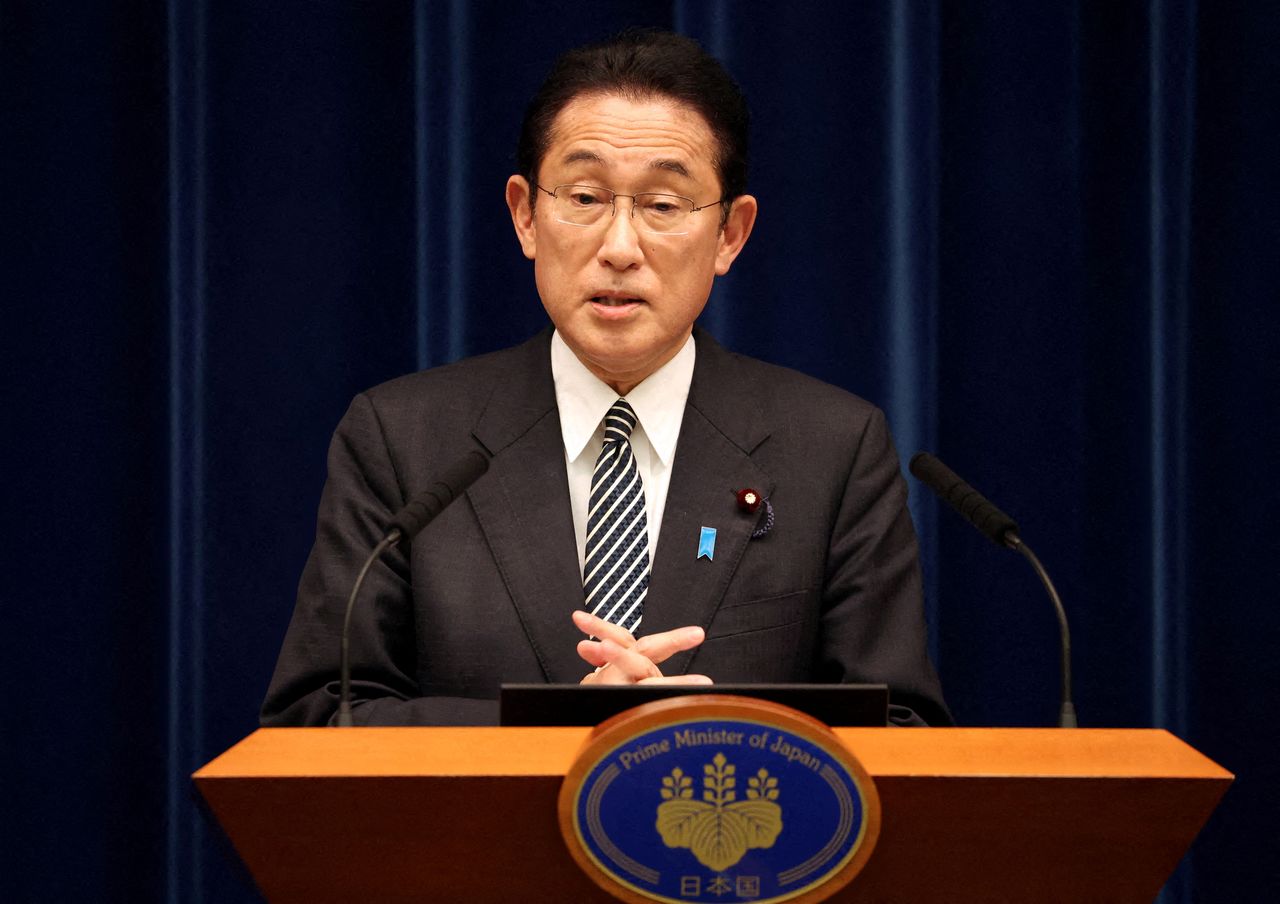 TOKYO (Reuters) - Japan's Prime Minister Fumio Kishida said on Saturday he would refocus his efforts on foreign policy and pledged to make 2022 the year of diplomacy, in a New Year statement posted on his website.

"The deft handling of diplomatic and security issues and the establishment of a stable administration is crucial, as the international situation surrounding us becomes increasingly difficult and complex," Kishida said.

He added that a strong emphasis on universal ideals, as well as efforts to resolve global issues and protect the lives of the people would be the three guiding principles of what he called "a diplomacy of realism for the new era."

A former foreign minister who took office in October and prides himself in his diplomatic skills, Kishida had spoken of his hopes to hold a summit with United States President Joe Biden as early as possible.

However, the U.S. administration's efforts to pass a large-scale social bill meant the meeting did not take place in 2021 as Kishida initially hoped.

In the New Year's statement, Kishida also promised to prioritise tackling the COVID-19 pandemic as Japan sees a spread of the Omicron variant, and pursue his efforts to close the wealth gap and create a sustainable economy by creating a "new type of capitalism" for the country.