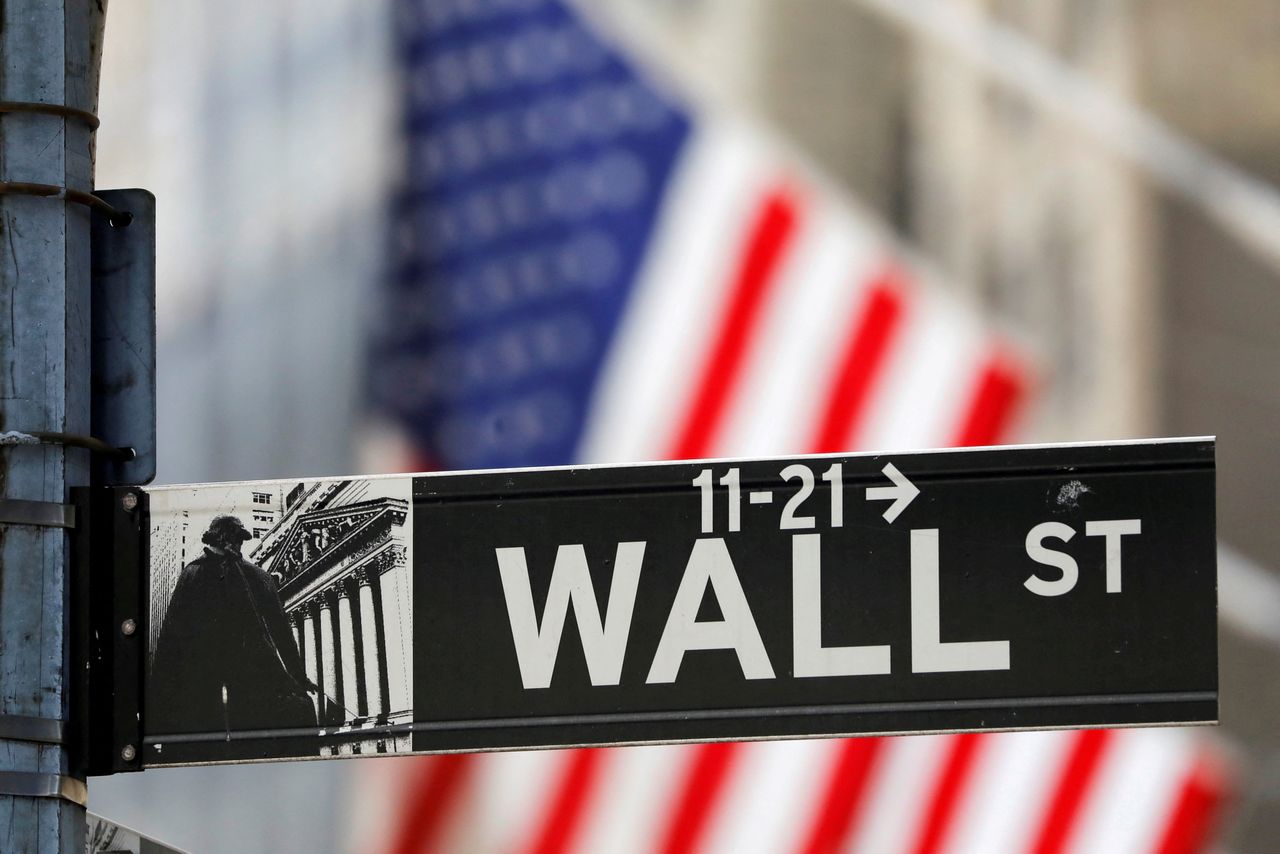 BOSTON (Reuters) - Wall Street's optimistic start to the New Year continued on Tuesday as prices for some stocks, oil and the dollar advanced, but investors dialled back risk-taking elsewhere as data showed U.S. manufacturing slowed and COVID-19 spread.

At the same time, the Nasdaq Composite reversed Monday's strong gains to fall more than 1.33%, with declines in shares of high-flyers Tesla Inc, Microsoft Corp and Apple Inc.

"While seats are filling up again on Wall Street, we think that market players will be slow to increase risk," Scott Ladner, chief investment officer at Charlotte-based wealth management firm Horizon Investments, wrote in an email.

The mixed picture was underscored by U.S. manufacturing activity: fresh data showed it had slowed in December amid cooling demand for goods, but supply constraints were starting to ease and a measure of prices paid for inputs by factories fell by the most in a decade, according to The Institute for Supply Management.

The United States also set a global record of almost 1 million new coronavirus infections reported on Monday, according to a Reuters tally, nearly double the country's peak of 505,109 hit just a week ago.

Global equities were up earlier on Tuesday. The Euro STOXX 600 gained 0.82% to hit a record of 494.02 points. Asian stocks also gained, with MSCI's gauge of Asia Pacific stocks outside Japan up around 0.4%.

The U.S. dollar rose against the Japanese yen to hit a five-year peak as investors anticipated the Omicron variant would not derail the global economy or delay the Federal Reserve's expected rate hikes.

U.S. Treasury yields also rose as bond investors geared up for rate hikes from the Fed by mid-year to curb stubbornly high inflation.

Minneapolis Fed President Neel Kashkari on Tuesday said he expects the U.S. central bank will need to raise interest rates twice this year, reversing his long-held view that rates will need to stay at zero until at least 2024.

Oil prices rose again on Tuesday as OPEC+ agreed to stick to its planned increase in oil output for February, sources from the group told Reuters, because it expects the Omicron variant to have a short-lived impact on demand.

In a sign of investors hedging their bets, gold consolidated above the key $1,800 per ounce level on Tuesday, after a sharp retreat in the last session.