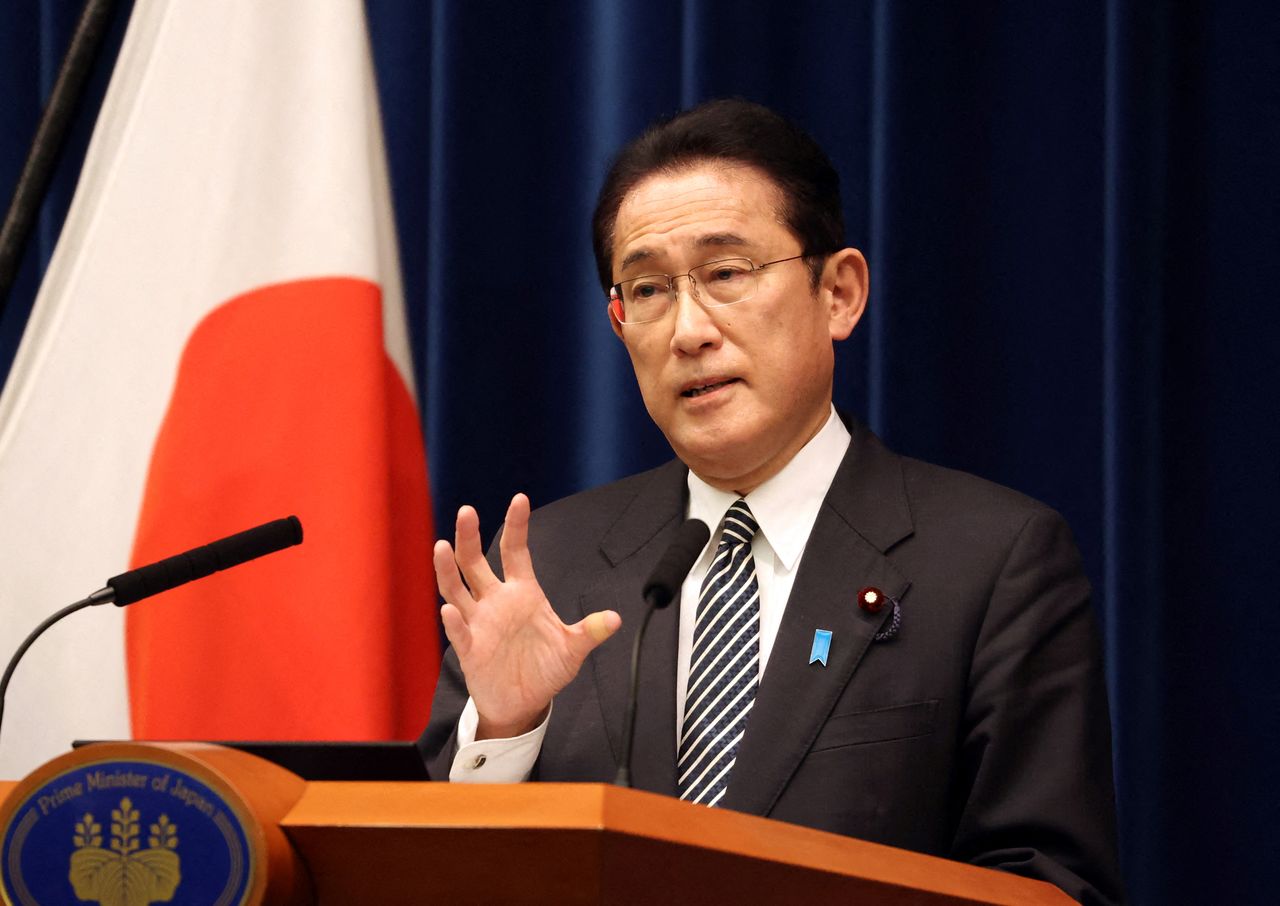 Kishida also said the government will decide next week whether to extend border controls, which he said had prevented a spike in infection numbers.

"We'll prepare to shift the focus of Japan's Omicron response to domestic measures to guard against the worst-case scenario of a possible spike in community transmissions," Kishida told a news conference.

Aside from antiviral pills developed by Merck & Co Inc already delivered nationwide, the government will aim to roll out "at the earliest date possible in February" Pfizer's oral treatment drugs in Japan, he said.

As more oral drugs become available, Japan will allow more patients to receive treatment at home to avoid a resurgence in infections from triggering a shortage of hospital beds, he said.

Japan is betting heavily on oral treatments to keep serious infections and deaths at bay should a feared sixth wave of the pandemic emerge. The government agreed in November to pay Merck and its partner Ridgeback Biotherapeutics about $1.2 billion for 1.6 million courses of their drug molnupiravir.

"If a spike in infections lead to a shortage of hospital beds, we must flexibly consider ramping up curbs on activity," Kishida said.

The prime minister also said he will forgo overseas visits before the next session of parliament starts on Jan. 17 to focus on laying out anti-pandemic measures. There have been media reports that Kishida was planning to visit Australia and the United States before parliament convenes.

In December, Japan confirmed its first known case of an Omicron infection that could not be traced back to overseas travellers.

A total of 993 Omicron cases have been found in Japan as of Monday, including 295 cases considered as community transmissions, according to the health ministry.

Jiji news agency reported that daily COVID-19 infections in Japan exceeded 1,000 on Tuesday for the first time in three months.

The southernmost prefecture of Okinawa has entered the "sixth wave" of the coronavirus, Okinawa goveror Denny Tamaki told reporters on Tuesday, noting the highly transmissible Omicron variant's role in the spread of infections.

Okinawa reported a fresh 225 virus cases on Tuesday, the highest in more than three months, said Tamaki, adding infections inside U.S. military bases in the prefecture continued to increase.

A coronavirus cluster linked to a U.S. base in Okinawa https://www.reuters.com/world/coronavirus-cluster-linked-us-base-japan-grows-least-180-2021-12-20 was discovered last month.