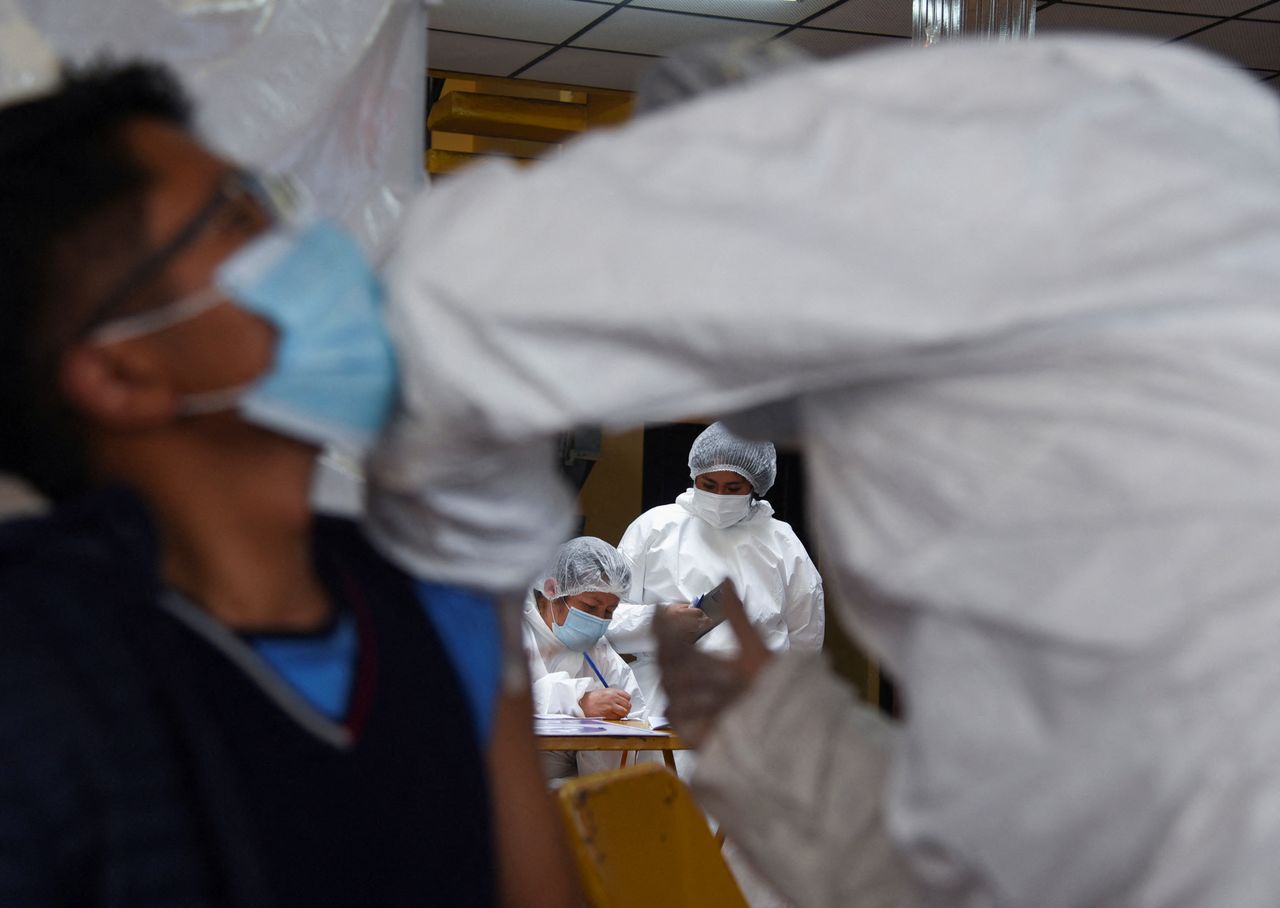 A person receives a vaccine against the coronavirus disease (COVID-19) as the country has stepped up proof of vaccine requirements, in La Paz, Bolivia, January 3, 2022. REUTERS/Claudia Morales

* The Premier League said on Monday it had found 94 positive COVID-19 cases among players and staff in the last week, the first week-by-week decrease in positive results for eight weeks.

* France on Monday reported 67,641 new confirmed coronavirus cases in a 24-hour period, a figure much lower than a couple of days ago, when daily additional infections were over 200,000.

* The U.S. Food and Drug Administration on Monday authorised the use of a third dose of the Pfizer/BioNTech COVID-19 vaccine for children ages 12 to 15 and narrowed the interval for booster shot eligibility to five months from six.

* Thousands of U.S. schools delayed scheduled return to classrooms, while the U.S. Congress experienced an unprecedented jump in infections as seven-day positivity rate at a congressional test site surged to 13% from just 1% in late-November.

* A federal judge on Monday barred the U.S. Department of Defense from punishing a group of Navy SEALs and other special forces members who refused COVID-19 vaccines on religious grounds.

* Cruise ship companies in Brazil will suspend most operations until Jan. 21, an industry association said on Monday, after health authorities recommended against cruise ship travel.

* India's daily cases rose by their most since early-September, at 37,379 infections, with one of the newly infected people being Delhi Chief Minister Arvind Kejriwal, who spoke at an election rally on Monday without wearing a mask.

* Hong Kong leader Carrie Lam said the government will expand a "vaccine bubble" from Feb. 24 to include venues such as gyms, cinemas and libraries.

* Australia's COVID-19 cases touched a fresh pandemic high on Tuesday amid an Omicron surge in its two most populous states, as hospitalisations in New South Wales, home to Sydney, surpassed the record numbers hit during the Delta outbreak.

* Israel will admit foreigners with presumed COVID-19 immunity from countries deemed medium-risk next week, partially reversing a ban imposed in late-November in response to the fast-spreading Omicron variant.

* Mozambique's President Filipe Nyusi and his wife Isaura have tested positive for COVID-19 and are isolating, the president's office said on Monday.

* Asian stocks were firmer on Tuesday following Wall Street's record highs on its first trading day of 2022, despite worries that the Omicron variant could put the brakes on global economic recovery. [MKTS/GLOB]

* Japan's household spending likely rose in November for the first time in four months, while consumer inflation in Tokyo area is expected to have hit a 22-month-high in December, a Reuters poll showed.