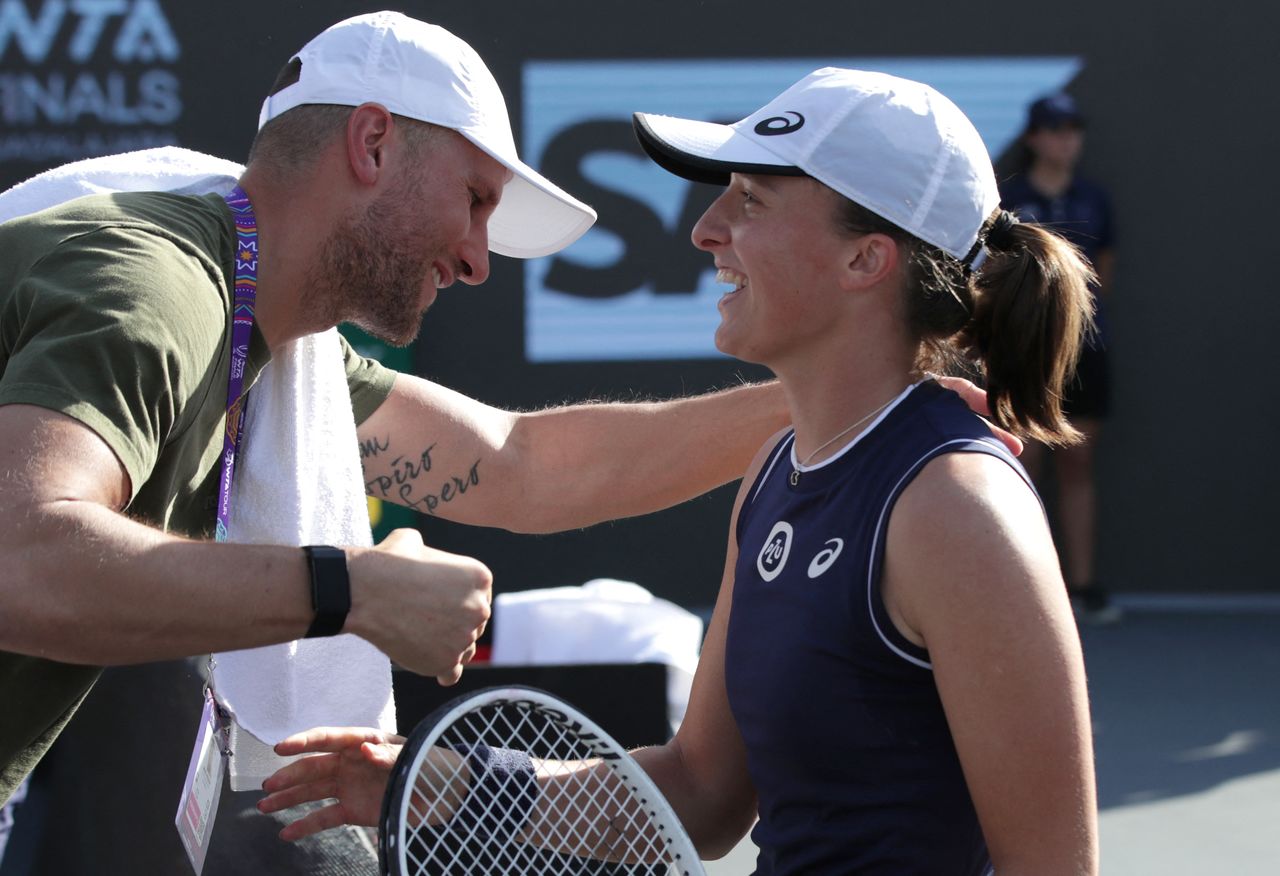 (Reuters) - Defending champion Iga Swiatek cruised to a 6-3 6-3 win over Daria Saville in the opening round of the Adelaide International at Memorial Drive on Tuesday while number eight seed Elina Svitolina fell to Russia's Anastasia Gasanova.

Gasanova overcame back issues to seal a 5-7 6-4 6-3 win over the Ukrainian and advance to the second round of the Australian Open warm-up event.

Svitolina won a tight first set but the 22-year-old Gasanova broke serve early in the second before needing to take a medical timeout.

Svitolina broke back immediately after play resumed but Gasanova followed suit in the next game and went on to close out the set.

The pair traded breaks early in the decider but Gasanova finally prevailed to knock out the former world number three.

Swiatek, who defeated Belinda Bencic to win last year's title, had no such issues against Saville as she defeated the Australian qualifier in an hour and 19 minutes.

The Pole, ranked fifth at this year's tournament, will next face U.S. Open runner-up Leylah Fernandez.

Sofia Kenin will take on Ajla Tomljanovic in the second round following her 7-5 7-5 victory over Lucia Bronzetti while Wimbledon champion Ash Barty will face Coco Gauff, who beat Ulrikke Eikeri 6-2 6-1.

Japan's Misaki Doi also progressed with a 6-3 3-6 6-1 win over Kristina Kucova from Slovakia.