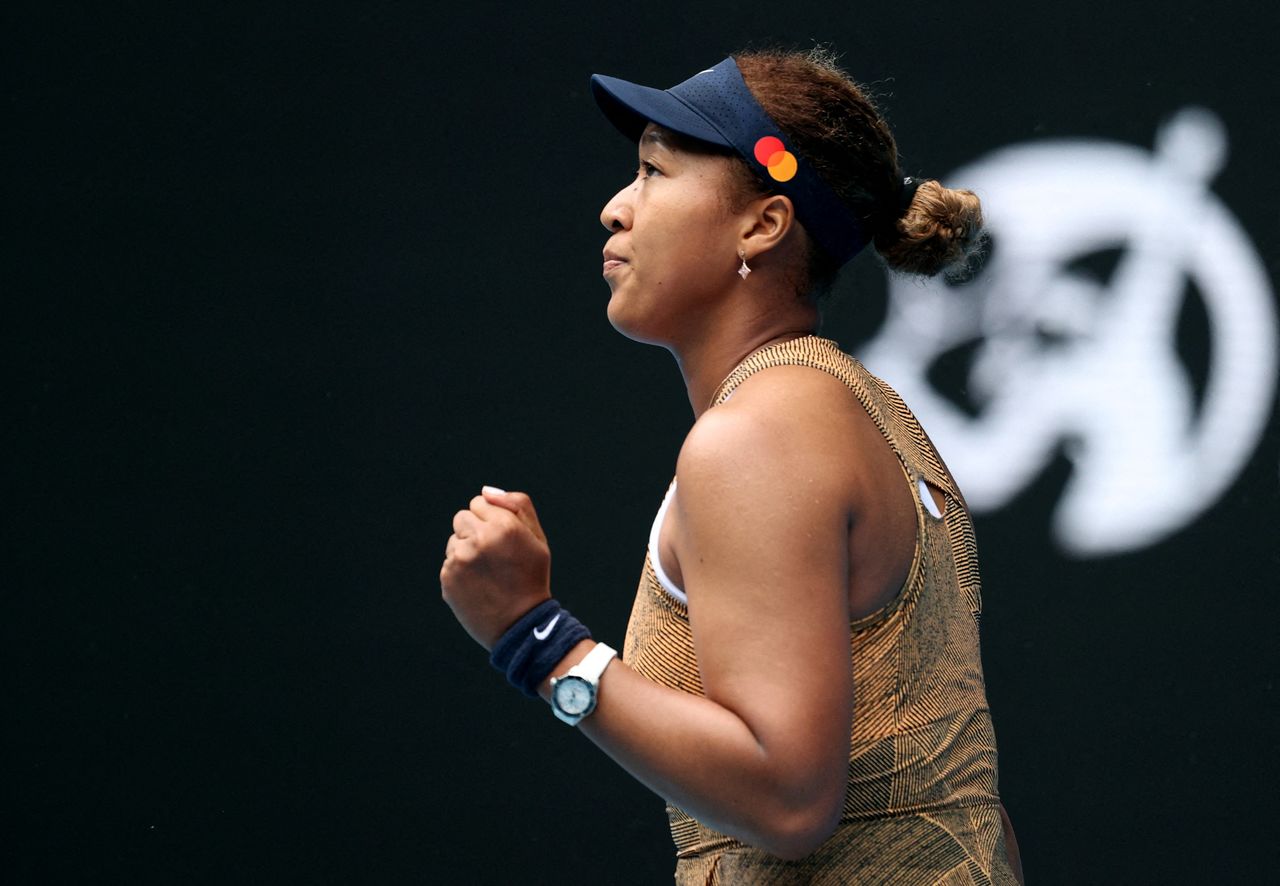 MELBOURNE (Reuters) - Australian Open champion Naomi Osaka said rediscovering her love for tennis and not focusing on results and rankings were among her top goals for 2022, following her return to action in Melbourne on Tuesday after a four-month break.

The Japanese former world number one struggled for form last year since withdrawing from the French Open in May following a row with tournament officials over required media appearances, which she said had a negative impact on her.

After losing to Leylah Fernandez in the third round of the U.S. Open in September, Osaka took a break from the sport to focus on her mental health.

The 24-year-old looked rusty in her 6-4 3-6 6-3 victory over Frenchwoman Alize Cornet on Tuesday but said she was happy with the way she handled herself.

"I only really have one major goal this year, and it's completely unrelated to results and stuff like that. I just want to feel like every time I step on the court... I'm having fun," Osaka told reporters.

"I can walk off the court knowing that even if I lost, I tried as hard as I could. Also I have a goal in the press room, that I'm never going to cry again, so hopefully that works out in my favour.

"I'm the type of person that cared a little bit too much about the results and the ranking. I just need to find a way to enjoy the game again, because that's the reason why I was playing in the first place."

Osaka said talking to her family and friends helped her make a comeback.

"I felt like that was a way of decompressing the pressure I had on myself. Then I just slowly started to regain the feeling of love that I had towards the game," Osaka said.

"It's not like it completely went away but I felt it got overshadowed by a lot of emotions that I was feeling just by constantly playing year after year since I was - I started tennis when I was three and I never really took a break."

(Reporting by Shrivathsa Sridhar in Bengaluru; Editing by Nick Macfie)