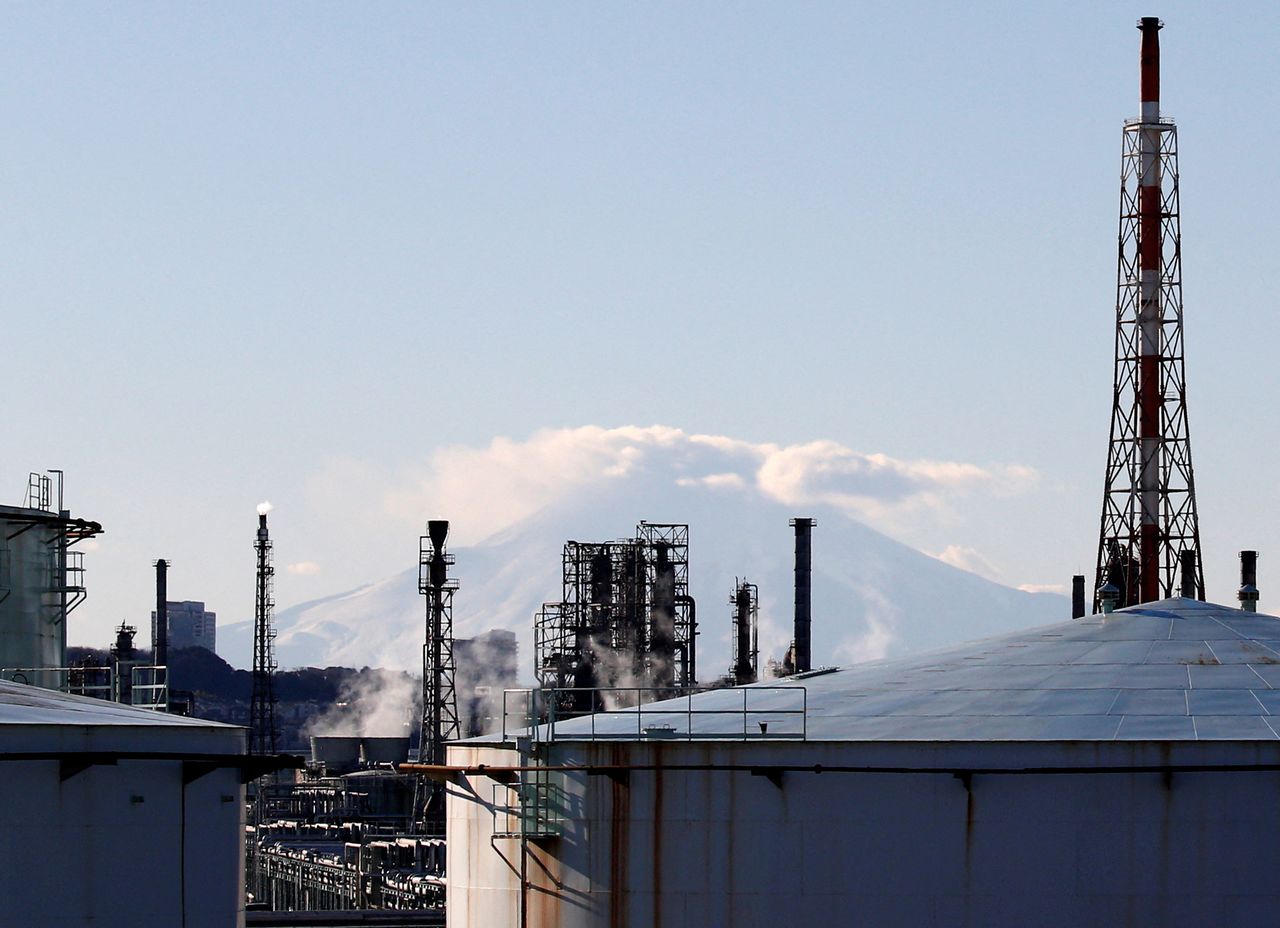 LONDON/TOKYO (Reuters) - Global manufacturing activity remained strong in December as factories took rising cases of the new Omicron coronavirus variant in their stride, although persistent supply constraints and rising costs clouded the outlook for some economies.

Rising global infections have inspired policymakers to tread carefully, with outbreaks in China forcing some firms to suspend production and threatening to disrupt output for memory chip giants, such as Samsung Electronics.

Yet for now, the hit from Omicron to output appears to be modest, according to surveys released on Monday and Tuesday with even a cooling in demand for goods in the United States still offset by robust numbers.

The Institute for Supply Management said on Tuesday that its index of U.S. factory activity fell to a reading of 58.7 last month from 61.1 in November, the lowest tally since last January. However, supply constraints are starting to ease and a measure of prices paid for inputs by factories fell by the most most in a decade. Manufacturing accounts about 12% of the U.S. economy.

Elsewhere, manufacturing activity in the euro zone remained resilient at the end of 2021 as factories took advantage of some easing in supply chain bottlenecks and stocked up on raw materials at a record pace, a survey showed on Monday.

"Supply chain disruptions, however, likely will worsen this month, given that Brexit customs checks have been bolstered and Omicron likely will lead to renewed factory closures in Asia," said Samuel Tombs, chief UK economist at Pantheon Macroeconomics.

The findings from the private survey, which focuses more on small firms in coastal regions, tally with those in China's official PMI that pointed to an uptick in factory activity.

Other parts of Asia also fared well with manufacturing activity expanding in countries ranging from Vietnam to Malaysia and the Philippines.

"While the Omicron variant presents a key threat to the outlook, it is unlikely to cause nearly as much disruption to industry as Delta did in Q3," he said.

"We expect Asia's exports and capex upswing to be sustained by continued global recovery, and Asia's manufacturing PMIs will remain moderately strong over the coming months," Morgan Stanley analysts wrote in a research note.

Japan's PMI stood at 54.3 in December, remaining above the 50-mark threshold that indicates expansion in activity but lower than November's 54.5 as new order growth softened.

India's manufacturing activity continued to expand in December though at a slower pace than in November, as elevated price pressures remained a concern.

"The Omicron variant poses near-term growth risks by delaying the consumption recovery, but higher vaccination rates in Asia could help limit the damage to growth as compared to the Delta wave," Morgan Stanley analysts said.

(This story corrects paragraph 4 to say index for prices paid for inputs at U.S. factories dropped by largest in a decade.)