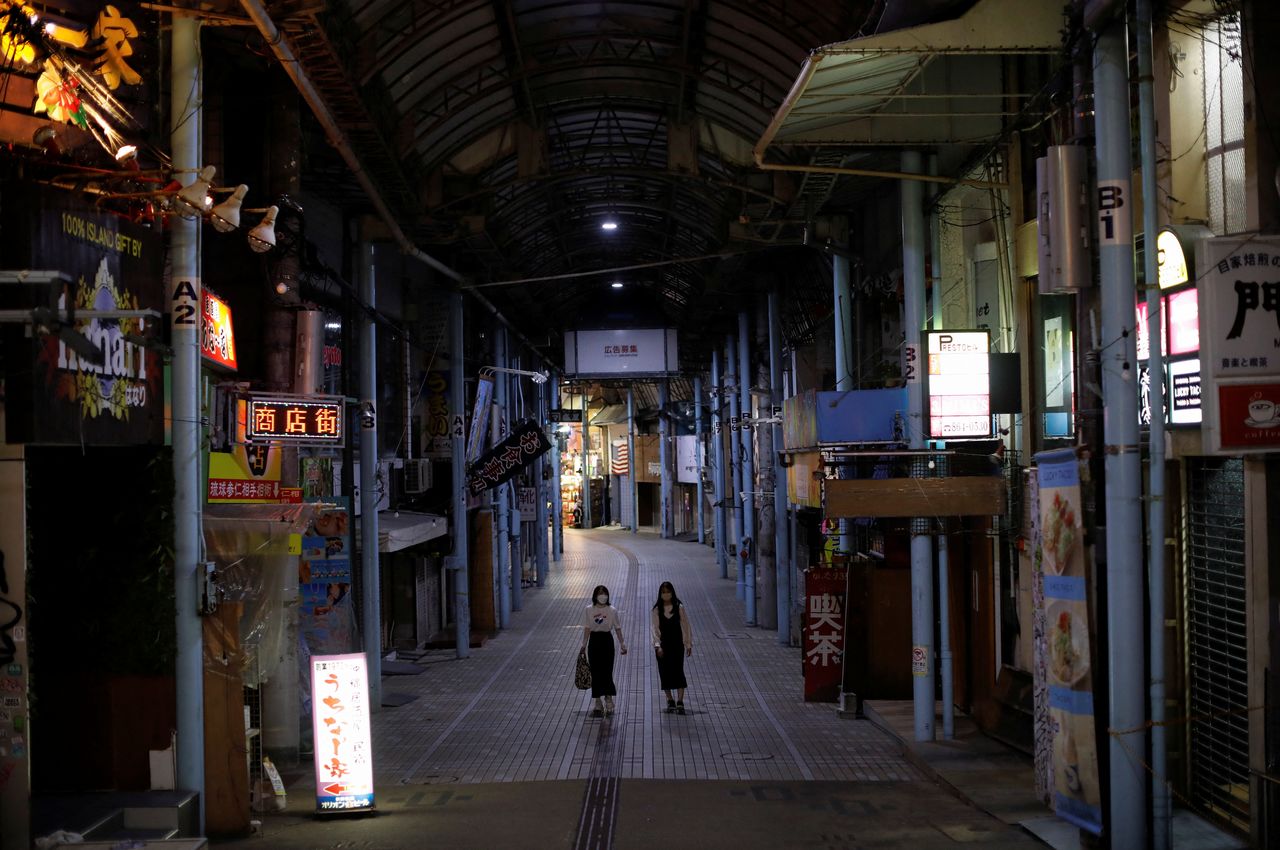 TOKYO (Reuters) -The southern Japanese island chain of Okinawa emerged on Wednesday as the epicentre of a new coronavirus surge, with cases more than doubling from the previous day and officials were considering imposing emergency curbs.

New infections in the prefecture jumped to 623 from 225 on Tuesday, the highest since August when Japan was in the midst of its fifth and biggest wave of COVID-19.

Governor Denny Tamaki on Tuesday told reporters the region had entered a sixth wave of infections and the highly transmissible Omicron variant was responsible.

Okinawa, 1,500 km (932 miles) southwest of Tokyo, hosts 70% of U.S. military facilities in Japan. Discoveries of coronavirus clusters and Omicron cases among service members have rankled relations with Japanese authorities there and residents, who number just under 1.5 million.

As of Tuesday, a total of 1,191 cases of the Omicron variant had been found in Japan, including 479 cases considered community transmissions, according to the health ministry.

While Goto said it was too early to say if a sixth wave of infections had arrived, Japan's major metropolitan areas saw tallies rising to levels not seen for months.

Tokyo reported 390 cases while the western prefecture of Osaka said 244 had been found, the highest levels since September for both.

Nationwide, new cases exceeded 2,000 on Wednesday, according to a tally by national broadcaster NHK, the most since Sept. 26.

Okinawa health experts will meet later on Wednesday to determine whether to ask the central government to impose new restrictions, a prefectural official said.

It would be the first such declaration of what are known in Japan as quasi-emergency measures since Sept. 30, when all states of emergency and quasi-emergency that had been in effect for a good part of 2021 were lifted.

Tokyo officials may also ask for emergency measures to be reinstated in the capital, the Sankei newspaper said, citing unidentified sources.

The central government hopes to respond quickly to any requests for emergency steps, Matsuno told reporters. Measures would likely include limiting the opening hours of restaurants and bars.

Separately, a U.S. Marine Corps station in the prefecture of Yamaguchi, in western Japan, reported that 182 people on the base there had tested positive on Tuesday.