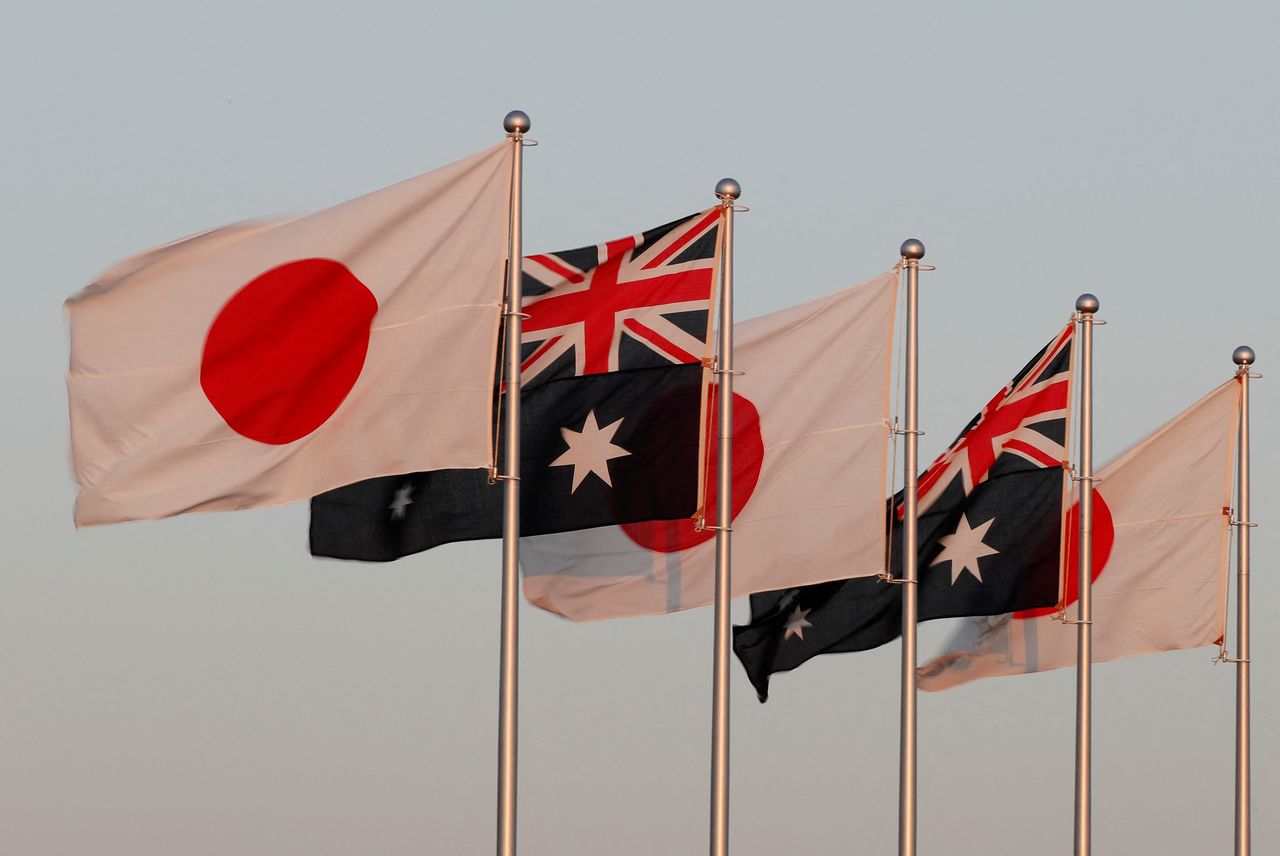 MELBOURNE (Reuters) -Australia and Japan are set to sign a treaty to beef up defence and security cooperation at a virtual summit on Thursday, in the latest move to strengthen ties amid China's rising military power and economic clout in the Indo-Pacific region.

Australian Prime Minister Scott Morrison said the two leaders will sign a Reciprocal Access Agreement, which will for the first time set out a framework for the two countries' defence forces to cooperate with each other.

"This treaty will be a statement of our two nations’ commitment to work together in meeting the shared strategic security challenges we face and to contribute to a secure and stable Indo-Pacific," Morrison said in a statement on Wednesday.

The strengthened security ties expand on efforts by the United States, Japan, India and Australia - dubbed the Quad - to work on shared concerns about China, including its pressure on Taiwan, trade disputes, and freedom of navigation in the region.

"It should not target or harm any third party interests," said China's foreign ministry spokesman Wang Wenbin, at a daily news briefing on Wednesday, when asked about the treaty.

"Our cooperation also includes an expanding agenda for the Quad with India and the United States, and our shared technology-led approach to reducing carbon emissions," Morrison said.

Japan's top government spokesman said "common important challenges will be discussed in a candid manner" at the summit.

"Japan-Australia relations will be further enhanced, and towards the realisation of a free and open Indo-Pacific, we will reaffirm our cooperation," Chief Cabinet Secretary Hirokazu Matsuno told reporters on Wednesday.

Kishida said on Tuesday he would forgo overseas visits before the next session of parliament starts on Jan. 17 to focus on laying out anti-pandemic measures. He had previously planned to travel to Australia in person, according to media reports.